The Blohm and Voss Ha 137 was a pre-World War 2 German attempt at an effective dive bomber and ground attack platform - only six were completed.

Authored By: Staff Writer | Last Edited: 05/01/2020 | Content ©www.MilitaryFactory.com | The following text is exclusive to this site. 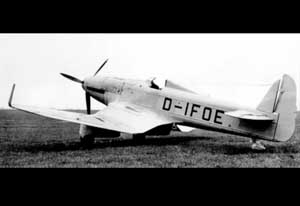 During the German military's build up of the 1930s, many aircraft types were developed to fulfill specific roles over the battlefield. Among these was the dive bomber which was eventually filled by the classic Junkers Ju 87 "Stuka" (detailed elsewhere on this site). However, before the Stuka became the core of the German precision bombing force, there was a competition between several design houses originating from a 1934 requirement and this involved both Henschel and Blohm und Voss.

Blohm und Voss, through their Hamburger Flugzeugbau arm, developed the "Ha 137". The director of the design became Dr. Richard Vogt who had just returned from developing warplanes for the Empire of Japan under the Kawasaki brand label. The new aircraft sported gull-wing style monoplane wings, a traditional single-finned tail unit, enclosed cockpit and fixed (tail-dragging) undercarriage. At the nose of the aircraft would be a single BMW XV inline piston engine driving a three-bladed propeller unit. Crew space allowed for a single crewman. The aircraft was known to the company as "Project 6".

Vogt's initial design submission was called to be reworked as the BMW XV engine was not to be. This led to selection of the BMW 132 instead, a licensed-production version of the American Pratt & Whitney "Hornet" air-cooled radial piston engine. The design was then revised to become "Project 6A". The British Rolls-Royce "Kestrel" engine was also in contention under "Project 6B".

The German Air Ministry moved to cover three prototypes based on the earlier work (V1 through V3) and this led to a first-flight of one of them on January 18th, 1935. The third prototype (V3) arrived with the Kestrel engine installed and three more prototypes were ordered with power stemming from the homegrown Junkers Jumo 210 series engine. Development continued into 1936.

As the competing Junkers Ju 87 had flown in September of 1935 and was introduced for service the following year, the Ha 137 had little chance of succeeding as anything by this point (a close-support role and navy version were both entertained). The remaining three prototypes (V4 through V6) were still built and became available in 1937 but, ultimately, these were used in test campaigns by Blohm und Voss.

Should it have been adopted for military service, standardized armament would have included 2 x 7.92mm MG 17 machine guns in the forward fuselage and 2 x 7.92mm MG 17 machine guns in underside fairings. Alternatively the latter could be substituted for 2 x 20mm MG FF automatic cannons. Beyond this fixed armament, there was provision for 4 x 110lb SC50 series conventional drop bombs.©MilitaryFactory.com
Note: The above text is EXCLUSIVE to the site www.MilitaryFactory.com. It is the product of many hours of research and work made possible with the help of contributors, veterans, insiders, and topic specialists. If you happen upon this text anywhere else on the internet or in print, please let us know at MilitaryFactory AT gmail DOT com so that we may take appropriate action against the offender / offending site and continue to protect this original work.
Advertisements

Nazi Germany (cancelled)
(OPERATORS list includes past, present, and future operators when applicable)
✓ Ground Attack (Bombing, Strafing)
Ability to conduct aerial bombing of ground targets by way of (but not limited to) guns, bombs, missiles, rockets, and the like. ✓ Close-Air Support (CAS)
Developed to operate in close proximity to active ground elements by way of a broad array of air-to-ground ordnance and munitions options. ✓ X-Plane (Developmental, Prototype, Technology Demonstrator)
Aircraft developed for the role of prototyping, technology demonstration, or research / data collection.

(Showcased performance specifications pertain to the Blohm and Voss Ha 137 V4 production variant. Performance specifications showcased above are subject to environmental factors as well as aircraft configuration. Estimates are made when Real Data not available. Compare this aircraft entry against any other in our database or View aircraft by powerplant type)
STANDARD:
2 x 7.92mm MG17 machine guns in fixed, forward-firing positions at forward fuselage.
2 x 7.92mm MG 17 machine guns OR 2 x 20mm MG FF cannons fitted into the fixed undercarriage structures. 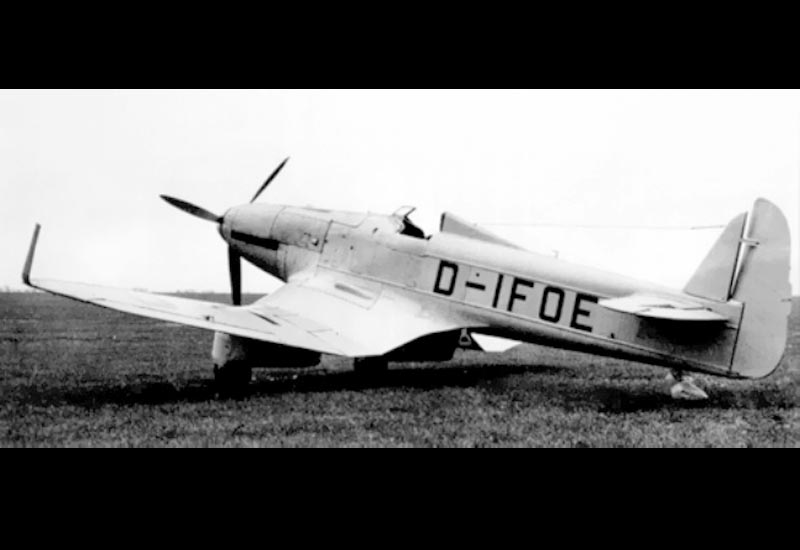 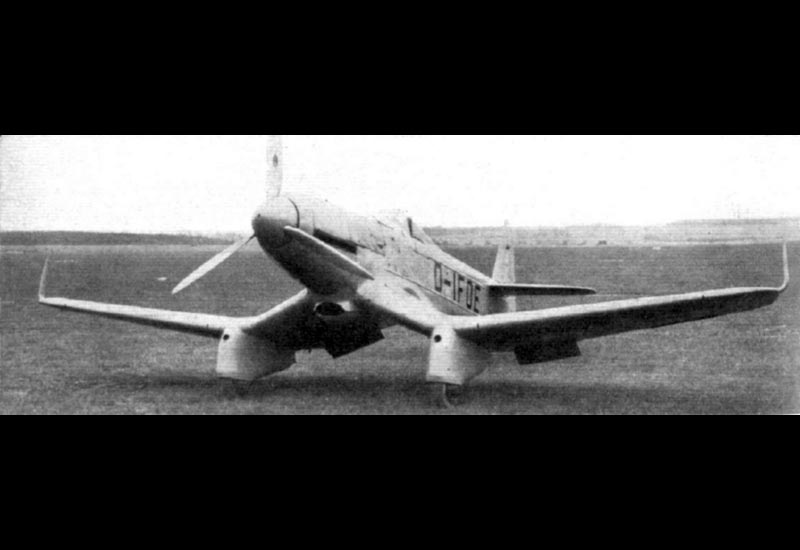