The Stinson L-5 Sentinel series was a purpose-built Army liaison light aircraft that appeared during the fighting of World War 2 and saw service into the Korean Conflict.

Authored By: Staff Writer | Last Edited: 10/05/2022 | Content ©www.MilitaryFactory.com | The following text is exclusive to this site. 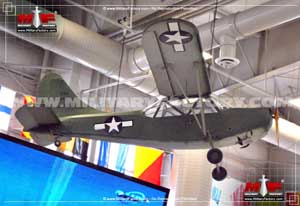 From the beginning of World War 2 (1939-1945) through to the Vietnam War (1955-1975), light-class aircraft such as the classic Stinson L-5 were widely used by the various military services of the world to undertake such over-battlefield roles as short-ranged observation, artillery spotting, MEDical EVACuation (MEDEVAC) and communication (liaison). While low cost was initially the primary motive for their adoption, their inherently light weight, slow-flying capability, and short-field performance allowed them to operate from basic roads, small clearings, and unprepared airfields providing field commanders with valuable "eyes in the sky" and convenient, rapid transportation and courier service. After the Second World War, helicopters began taking over these crucial mission roles and, since the 1970?s, have completely replaced light, fixed-wing aircraft as an indispensable component of military forces around the globe.

The Sentinel became an important contributor to American actions during World War 2, produced to the tune of 3,590 aircraft from the period spanning November 1942 to September 1945 (4,325 were originally planned but the final batch of 850 L-5G models was cut down to 115 before the end of the war). During the conflict, it was operated by the Army Air Force, the Army Ground Forces, the Marine Corps (as the OY-1), and the British Royal Air Force (100 sent to the RAF via Lend-Lease for service in India and Burma and one loaned to the RAF in Europe). U.S. Navy usage did not occur until after the war and the French were loaned a single example. Other post-war users included Italy, India, Japan, and Korea.

In its Army service test form, the Model 10, sans jump seat, became the "YO-54" with six examples contracted for. This was the result of informal trials held at Wright Field between Stinson and four other players as the Army attempted to find civilian market aircraft to fulfill the observation role. A Model 10 with a new 80 horsepower engine was selected as the best of the losing lot - none qualified with the Stinson hurt by its side-by-side seating arrangement and being underpowered. In September of 1940, the trials aircraft were all rejected for the role and four of the surviving airframes were recommended for light-duty assignments within the Civil Air Patrol (CAP). Twenty more aircraft followed under the designations "L-9" and "L-9B".

Stinson engineers continued their work on the design and returned with a revised form sporting tandem seating under a greenhouse-style canopy offering improved vision and seating more in line with what the military sought. An unsold HW-75 airframe was modified for the role and completed with a 100 horsepower engine as the "Model 75B". This was eventually improved with a 125 horsepower engine to increase performance giving rise to the "Model 75C" designation. This form was, too, rejected by authorities as being too light.

This led Stinson engineers to undertake a "clean sheet" design to better fall in line with Army-Navy engineering requirements (as opposed to civilian market requirements of the CAA). The aircraft was fitted with a 175 horsepower 6-cylinder engine which eventually evolved to become 185 horsepower and, ultimately, 190 horsepower in output. The wing members could sustain forces of up to 10g when the project originally looked to satisfy just a 6g load. Externally, the aircraft mimicked the earlier Model 75C in virtually every way but, underneath, was essentially an all-new aircraft. In its revised form, the design became the "Model 76" and was known as the "Flying Jeep" to Stinson employees due to its go-everywhere, do-everything abilities.

In late 1939, Stinson fell under the Vultee brand label with the marriage publicly announced on August 7th, 1940. This led to Stinson aircraft designations switching over to "V" identifiers as was the case for the Model 75C which became the V-75C and the Model 76 becoming the V-76. The earlier Model 74 (O-49/L1) was not updated in this way as Vultee already managed an aircraft with that designation - this becoming the BT-13 trainer (detailed elsewhere on this site). Internally, Stinson continued to use its own designation while, externally, it followed the Vultee style where appropriate.

Despite America fully involved in World War II following the Japanese attack on Pearl Harbor in December of 1941, it would not be until late 1942 that the finalized version of the Model 76 would become available. Service testing was fast-tracked during August-September of 1941 though its heavy reliance on aluminum - a critical war material - forced a redesign of the wings and tail to be completed in wood. Acceptance by the Army Air Force occurred in November of that year and the official contract was signed in January of 1942. The formal designation of "L-5" was assigned in April of that year and, in November, serial production would begin even as over 1,100 examples were already under order.

On April 11th, 1942, the Secretary of War formally established the liaison category to encompass low-speed, light observation airplanes operated by both the Army Ground Forces and the Army Air Forces.

In action, the series proved its value and versatility throughout the conflict, ferrying VIPs, evacuating wounded, spotting for artillery, photographing key areas, delivering vital communications, food, medicines and-the-like for its part in the war. Its high-winged design allowed for excellent short-field capabilities where lift was needed quickly to get the aircraft airborne in short order. Additionally, such aircraft had the capability to seemingly "hover" for short periods of time, extending loitering times, preserving fuel and providing stable reconnaissance platforms for the observer in the second seat. Its rugged nature soon earned the series an excellent reputation that lasted well beyond the end of the war in 1945.

The aircraft saw service in all major and minor theaters of conflict for the Allies during the period. This included operations in the Pacific as well as Europe and the Far East. Its availability in the post-war world also ensured it a place in the Korean War (1950-1953) to follow where its legacy continued to be written.©MilitaryFactory.com
Advertisements

The United States Navy and Marine Corps utilized the type under the designation of "OY-1". The later-production OY-2, missing out on service in World War II, was a refinement of the line by way of a 24-volt-based electrical system over the original 12-volt installation. The British acquired exactly 100 L-5 Sentinels for their part in the war and this stock encompassed both L-5 and L-5B models (variants detailed below). The British redesignated these American aircraft by naming them simply as "Sentinel I" and "Sentinel II", respectively. Many L-5 aircraft were used in the post-war period across civilian industries and sold to American allies abroad.

The L-5A was a cancelled version intended to carry a "Ranger" engine of 200 horsepower as well as 24 volt electrical system. The L-5B made it to production and numbered 712 examples - these differentiated by having an easy-access rear fuselage door and they could furthermore accept a float undercarriage for water landings. The L-5C was finished with a camera mount accommodating the K20 reconnaissance camera for photographic work. The L-5D designation was skipped which led to the L-5E produced in 500 examples with drooping ailerons providing better low-speed control. 200 L-5E-1 Sentinels were equipped with larger tires and heavy duty brakes, featured a 24 volt electrical system and SCR-274 radio package. It was powered by a revised Lycoming O-435-11 engine. 115 of this mark were produced.

The United States Army Air Forces (USAAF) then became the United States Air Force (USAF) and, in 1962, the aircraft were redesignated. The few Sentinels remaining in inventory became the U-19A (12 volt models) and the U-19B (24 volt models). The L-5/235 is a variant fitted with a 235 horsepower Lycoming O-540 engine. These aircraft were modified for Italy for glider towing. The XL-5F was an L-5B modified with a 24 volt electrical system and radios that served as the prototype for the L-5G. In 1948, this airplane was fitted with a geared Lycoming GO-435 engine and an experimental 5-bladed propeller. It was used in "Quiet Airplane" experiments at Langley Research Center (Virginia) and became an early American attempt at designing a "stealth" aircraft.

The L-5 had a crew of two seated in tandem. Overall length of the aircraft was 24 feet with a wingspan reaching 34 feet and a height of nearly 8 feet. Empty weight was just 1,550lb with a possible MTOW of 2,050lb. Power was from a single Lycoming O-435-1 engine of 185 horsepower driving a two-bladed propeller at the nose. The military never-exceed speed was 200 mph in a dive but limited to 163 mph for civil certification. The maximum range was out to 375 miles with no fuel reserves. Its service ceiling reached 15,800 feet and rate-of-climb was 900 feet-per-minute at sea level.

Special Thanks to James H. Gray / Sentinel Owners & Pilots Association for his insightful contributions to this entry.

©MilitaryFactory.com
Note: The above text is EXCLUSIVE to the site www.MilitaryFactory.com. It is the product of many hours of research and work made possible with the help of contributors, veterans, insiders, and topic specialists. If you happen upon this text anywhere else on the internet or in print, please let us know at MilitaryFactory AT gmail DOT com so that we may take appropriate action against the offender / offending site and continue to protect this original work.
Advertisements

General Assessment
Firepower
Performance
Survivability
Versatility
Impact
Values are derrived from a variety of categories related to the design, overall function, and historical influence of this aircraft in aviation history.
Overall Rating
The overall rating takes into account over 60 individual factors related to this aircraft entry.
30
Rating is out of a possible 100 points.
Relative Maximum Speed
Hi: 200mph
Lo: 100mph
This entry's maximum listed speed (165mph). 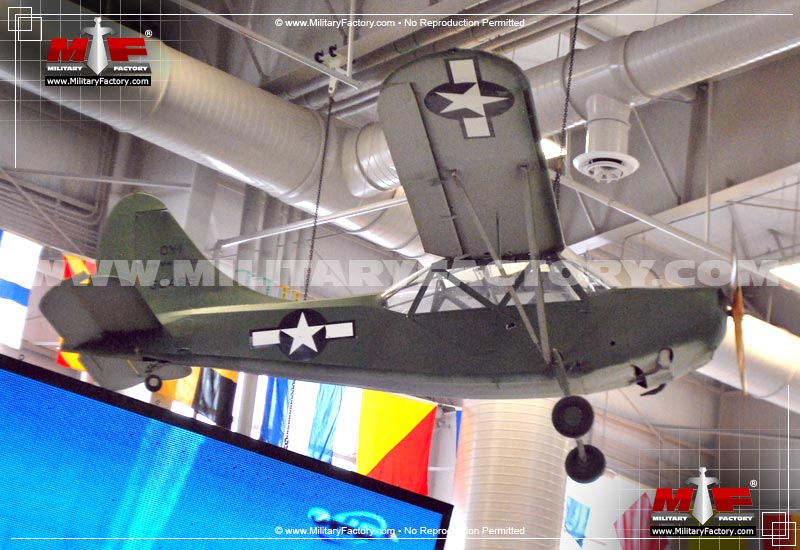 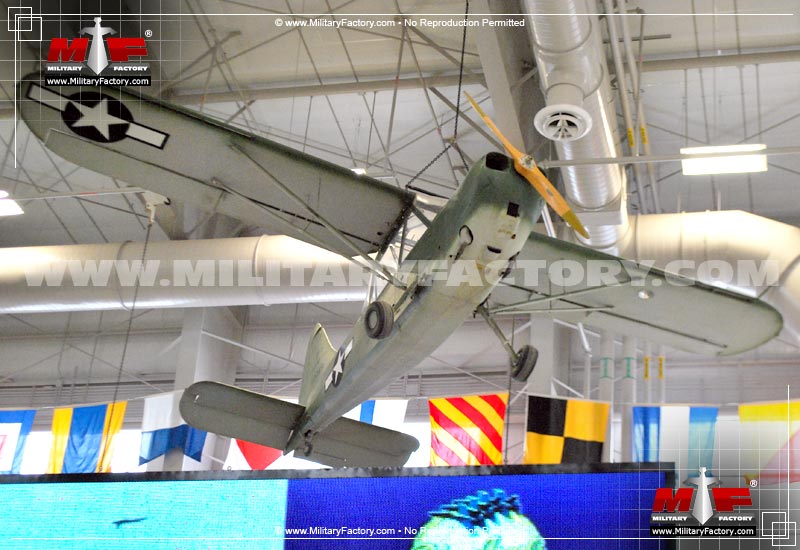 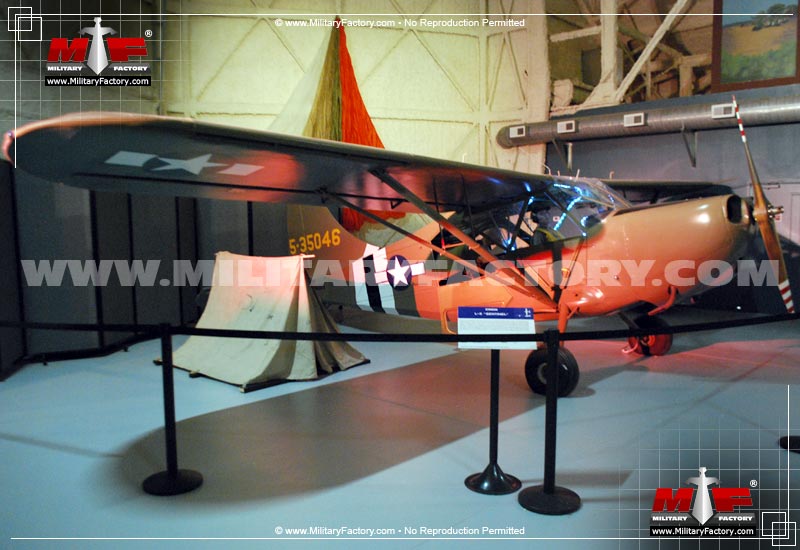