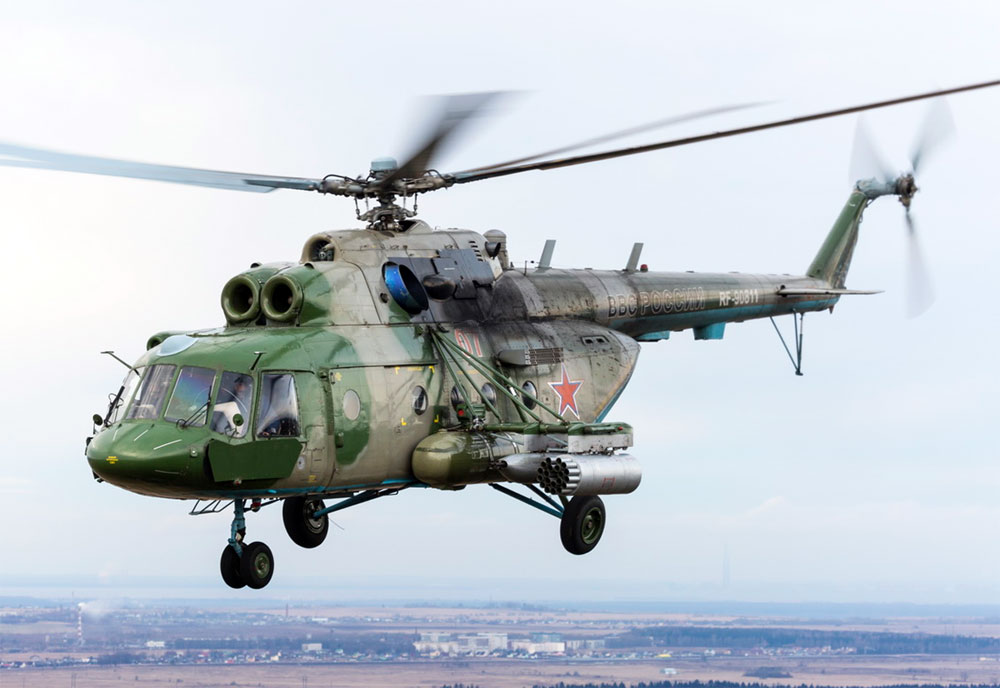 Image from the Russian Ministry of Defence.
2 / 7 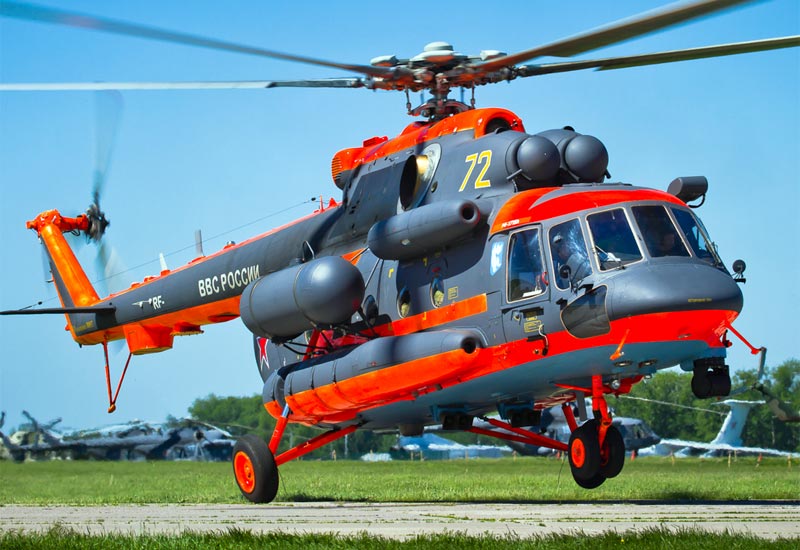 Image from the Russian Ministry of Defence.
3 / 7 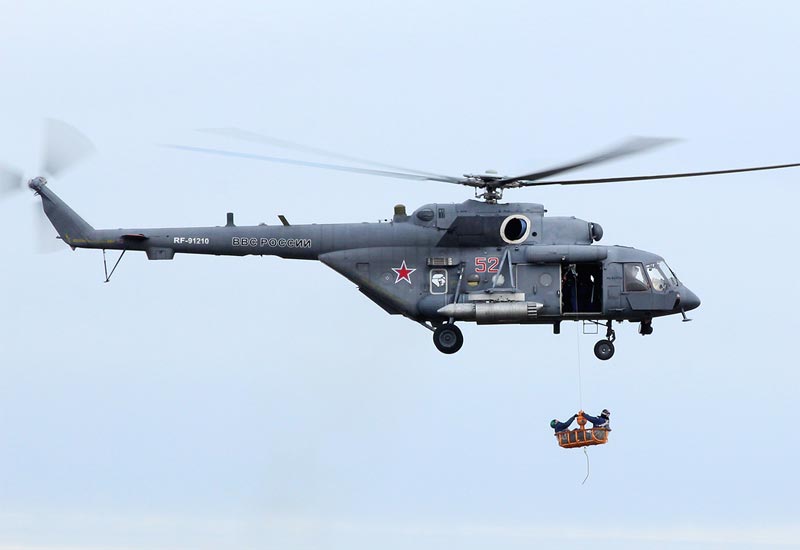 Image from the Russian Ministry of Defence.
4 / 7 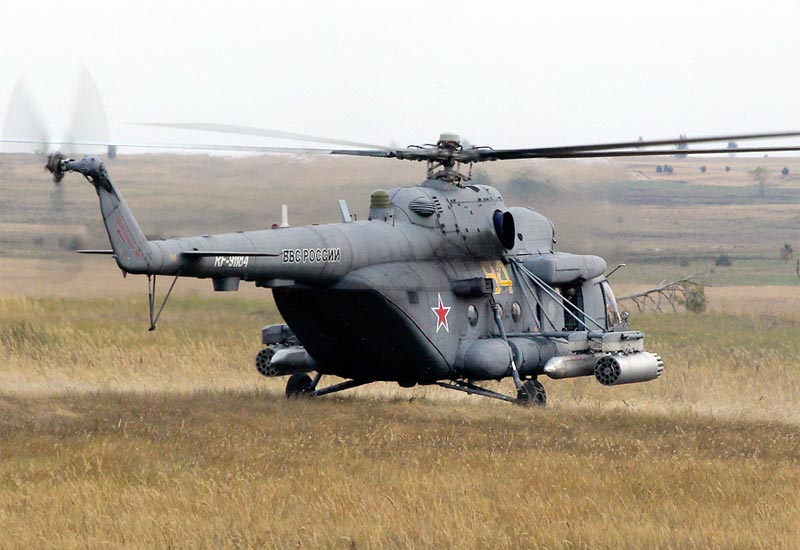 Image from the Russian Ministry of Defence.
5 / 7 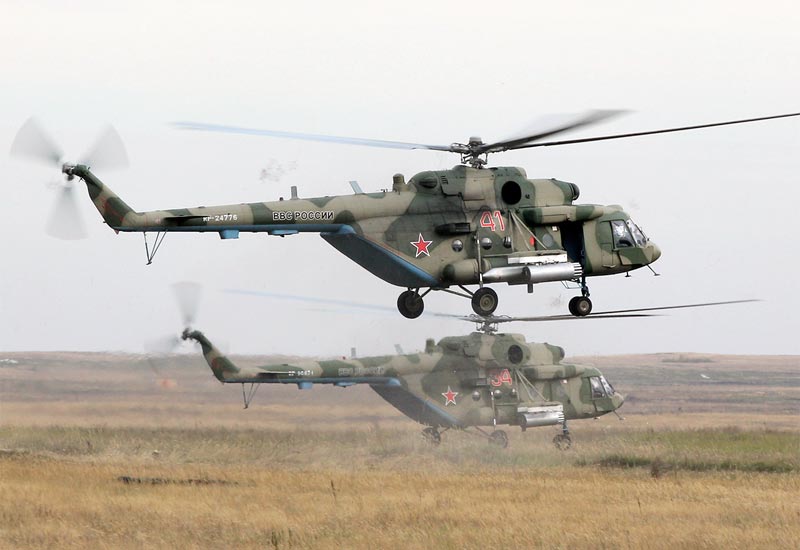 Image from the Russian Ministry of Defence.
6 / 7 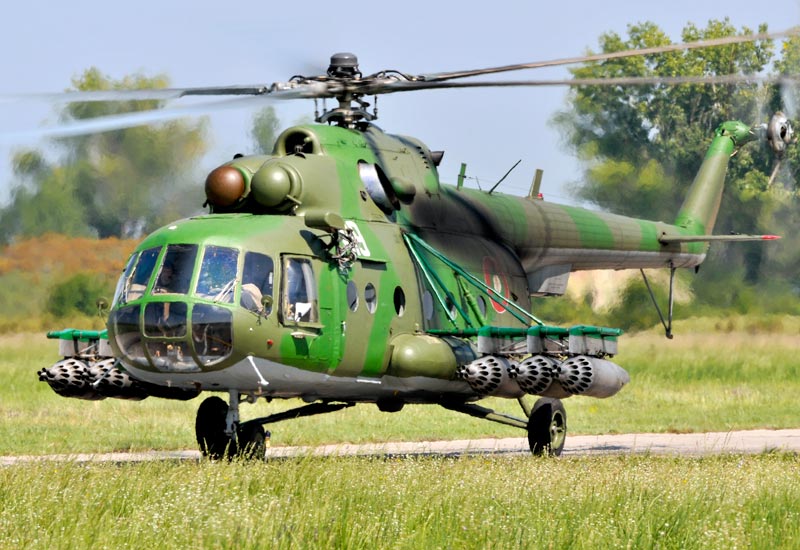 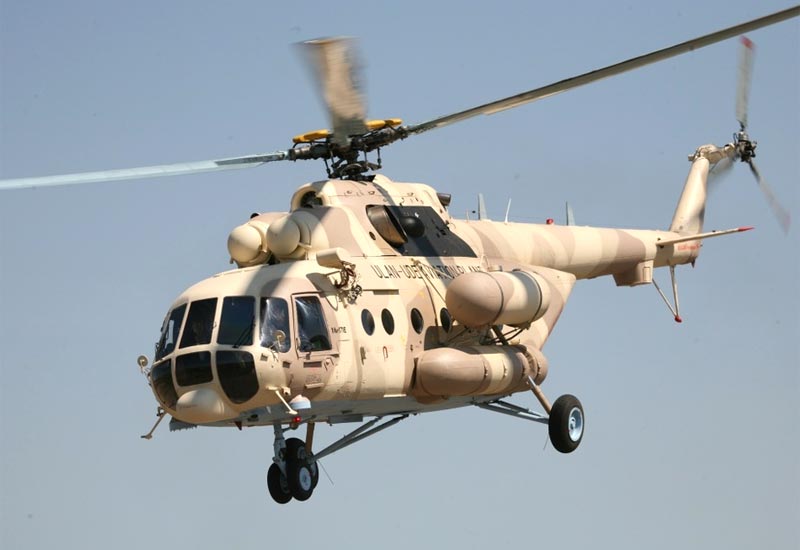 The Mil Mi-17 transport helicopter was born from the original Mi-8 series as an improved form.

The original Mil Mi-8 "Hip" medium-lift transport helicopter series first flew in prototype form on July 7th, 1961 and was introduced in 1967. Since then, over 17,000 examples of the type have been produced while the series maintains an active presence within the inventories of many air services today (2015). The Mi-17 "Hip" model - based on the Mi-8M/MT variant of the Soviet/Russian military - was developed with exportation in mind and has been adopted by over twenty nations worldwide. The Mi-17 model achieved its own first flight in 1975 and was introduced in 1981. Notable serial production has been ongoing since 1977 with totals reaching around 12,000 units with production shared between the Mil Moscow Helicopter Plant as well as the Kazan Helicopter Plant.

Externally, the Mi-17 product shares many of the same features with its earlier cousin including a well-glazed cockpit offering good vision, sliding side doors access with rear loading ramp, and fixed wheeled tricycle undercarriage. One discernable difference is in the tail rotor mounting which now faces starboard instead of port side. The cockpit area has been given improved protection through additional armoring and larger Klimov TV3-117VM turboshaft engines have increased performance - the main rotor and gearbox are based on those developed for the Mi-14.

Beyond its traditional role of personnel/cargo hauler, the Mi-17 can be outfitted for the gunship role, typically through multi-shot rocket pods fitted along wing stub mountings. Other versions have been equipped for Search and Rescue (SAR), VIP/general passenger transport, high-altitude, MEDEVAC, Electronic Warfare (EW), and airborne Command Post (CP) service. It has seen its fair share of operations over active combat zones ranging from Cambodia and India/Pakistan to Columbia, Macedonia, and Sri Lanka. Mi-17s were used by both sides of the Libyan Civil War (2011) and the rebuilding Afghan Air Force relies heavily on its Mi-17 fleet.

Operators currently range from Afghanistan and Argentina to Sri Lanka and Thailand. China began local license production of the Mi-17 during May of 2008 and, despite its Cold War-era roots, the Mi-17 remains very much in play today with several nations still considering order of the type.

The base designation of the line is Mi-17 and it is known to NATO as "Hip-H". The Mi-8AMT based model is the Mi-17-1 for export. The Mi-17-1M is its high-altitude performance equivalent. The Mi-17-1VA serves in the airborne hospital role while the Mi-17-2 is the Mi-8MTV-2. The Mi-8MTV-3 becomes the Mi-17V-3 and the Mi-8MTV-5 is the Mi-17V-5. The Mi-17V-7 is outfitted with VK-2500 engines and its loading ramp has been replaced by clam shell-style doors. The Mi-17M was a test bed for what became the Mi-17MD (Mi-17V-5). New avionics greeted the Mi-7KF. Night operations support was brought to the Mi-17N. General passenger hauling service was through the Mi-17P variant. The Mi-8MTG became the export Mi-17PG. The Mi-17S serves as a VIP passenger model. Various other designs have been added to the Mi-17 product line.

March 2020 - Peru is in line to acquire additional Mi-171 units in large numbers.

Values are derrived from a variety of categories related to the design, overall function, and historical influence of this aircraft in aviation history.
Overall Rating
The overall rating takes into account over 60 individual factors related to this aircraft entry.
76
Rating is out of a possible 100 points.
Firepower Index (BETA)

Aviation developments of similar form and function, or related to, the Mil Mi-17 (Hip-H)...