The Sharp Eye III is an in-development helicopter drone presented by NORINCO of China geared towards unarmed and armed reconnaissance and strike roles. 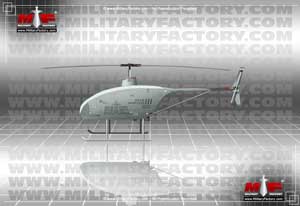 NORINCO of China has followed the global lead and developed an unmanned rotary-wing Unmanned Helicopter System (UHS) in the "Sharp Eye III". The product is intended for the unarmed or armed reconnaissance-strike role. The ability to behave as a traditional helicopter provides unique tactical advantages on the modern battlefield - allowing access to forward-operating areas normally cut-off to fixed-wing aircraft types.

Its design arrangement mimics that of a traditional helicopter with a main rotor mast and torque-cancelling tail-mounted blade unit. Both the main rotor and tail rotor elements are of a two-bladed design. The fuselage houses all major components including mission payloads and powerplant and a slim tail stem emanates from the upper rear section of the fuselage allowing a drive system to reach the tail rotor. The undercarriage is of a simple skid arrangement and is fixed in flight.

Like other UAS products, Sharp Eye III is operated through a manned Ground Control Unit (GCU). The listed operating ceiling is around 3.5 kilometers with a take-off weight in the 450 kilogram range. Maximum speed is 180 kmh with a mission endurance window of four to six hours.©MilitaryFactory.com
Note: The above text is EXCLUSIVE to the site www.MilitaryFactory.com. It is the product of many hours of research and work made possible with the help of contributors, veterans, insiders, and topic specialists. If you happen upon this text anywhere else on the internet or in print, please let us know at MilitaryFactory AT gmail DOT com so that we may take appropriate action against the offender / offending site and continue to protect this original work.
Advertisements

(Showcased performance specifications pertain to the base NORINCO Sharp Eye III production variant. Performance specifications showcased above are subject to environmental factors as well as aircraft configuration. Estimates are made when Real Data not available. Compare this aircraft entry against any other in our database or View aircraft by powerplant type)
None for traditional reconnaissance role. Mission payload to include various optics and special mission equipment. Strike versions will incorporate wingstubs for carrying rocket pods and perhaps precision strike munitions. 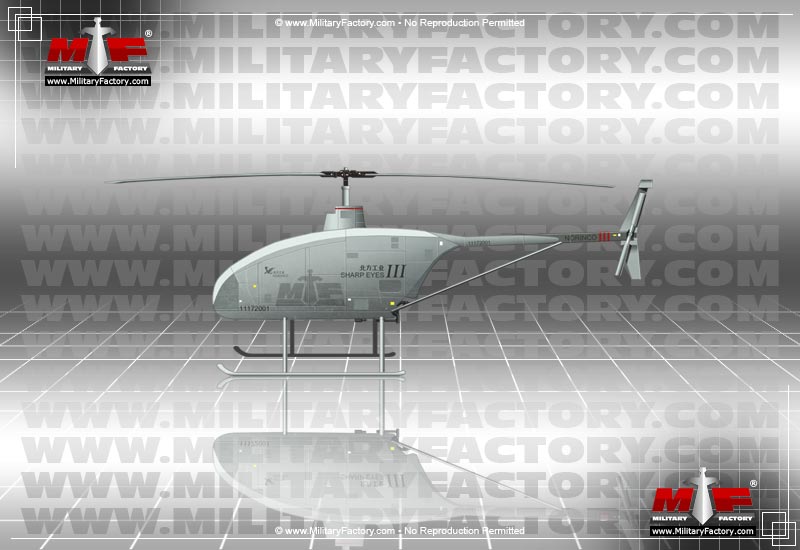