The North American XB-28 Dragon was initially developed for the USAAC for the high-altitude bombing role until the need was no longer apparent for the new USAAF.

Authored By: Staff Writer | Last Edited: 04/02/2019 | Content ©www.MilitaryFactory.com | The following text is exclusive to this site. 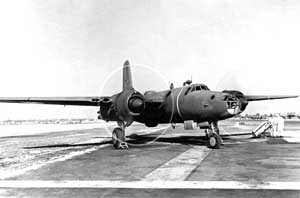 North American, the U.S. aviation concern fondly remembered for its World War 2 contributions through the B-25 Mitchell medium bomber and P-51 Mustang fighter, responded to an early-war United States Army Air Corps (USAAC) requirement calling for a medium-class bomber with high-altitude capabilities. The result of this endeavor - based largely on North American's preceding work on the prewar B-25 - produced the XB-28 "Dragon" which flew in prototype form on April 26th, 1942. Despite the promising nature of the design, it was not selected for serial production with only two prototypes ever completed.

Design of the XB-28 incorporated much of the B-25's design form - a glazed over nose section, stepped cockpit, a tricycle undercarriage, high-mounted wings, and twin-engine configuration. One of the chief differences lay in adoption of a single vertical tail fin instead of the B-25's iconic twin-rudder layout. Power was served through 2 x Pratt & Whitney R-2800-27 turbosupercharged 18-cylinder, air-cooled radial piston engines delivering 2,000 horsepower each. Maximum speed reached 372 miles per hour with cruising speeds around 255 miles per hour. The design's service ceiling was 34,800 feet with a range out to 2,040 miles. Rate-of-climb was a useful 1,111 feet per minute. The operating crew of the new aircraft numbered five.

Intended armament was to include up to 6 x 0.50 caliber Browning defensive-minded heavy machine guns fitted to three remote-controlled turrets - one dorsal, another ventral, and the final turret at the tail with two guns to be fitted to each turret emplacement. The internal bomb load was to reach 4,000lbs of conventional drop stores.

Performance-wise, the XB-28 did not disappoint. Its streamlined shape no doubt added to the aircraft's strong flying characteristics and its 30,000 foot-plus service ceiling made use of cabin pressurization for the crew. Overall qualities were, indeed, much improved over North American's preceding medium bomber offering but, as was the case with other wartime developments, the quickening pace of the war generally rewrote requirements and the XB-28 was now being pursued by the now-United States Army Air Forces (USAAF) for the fast reconnaissance role - the thinking being that current-generation medium bombers were highly suitable as bombing platforms for low-to-medium attack altitudes - a medium-class bomber bombing at high altitudes would have present operational problems all its own.

As such, the XB-28 was briefly considered for the reconnaissance role through the "XB-28A" prototype which was completed by North American. However, this airframe was lost during testing on August 4th, 1943 leading to no further pursuit by the USAAF of the product beyond the two completed aircraft.©MilitaryFactory.com
Note: The above text is EXCLUSIVE to the site www.MilitaryFactory.com. It is the product of many hours of research and work made possible with the help of contributors, veterans, insiders, and topic specialists. If you happen upon this text anywhere else on the internet or in print, please let us know at MilitaryFactory AT gmail DOT com so that we may take appropriate action against the offender / offending site and continue to protect this original work.
Advertisements 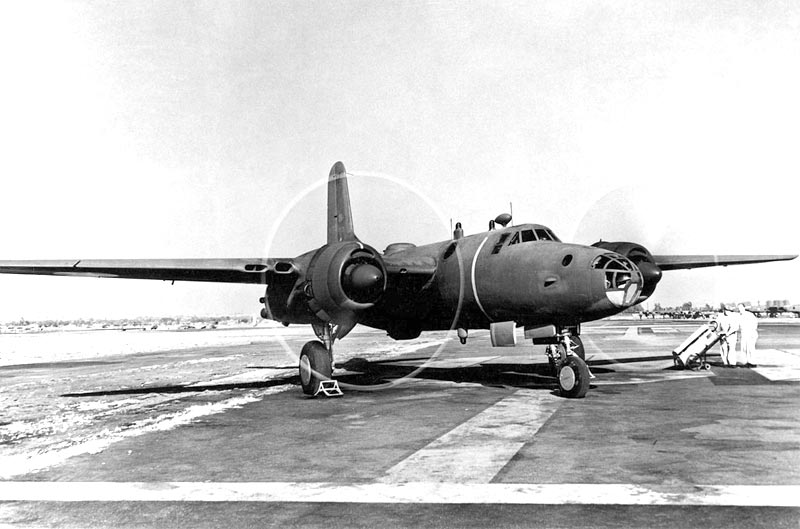 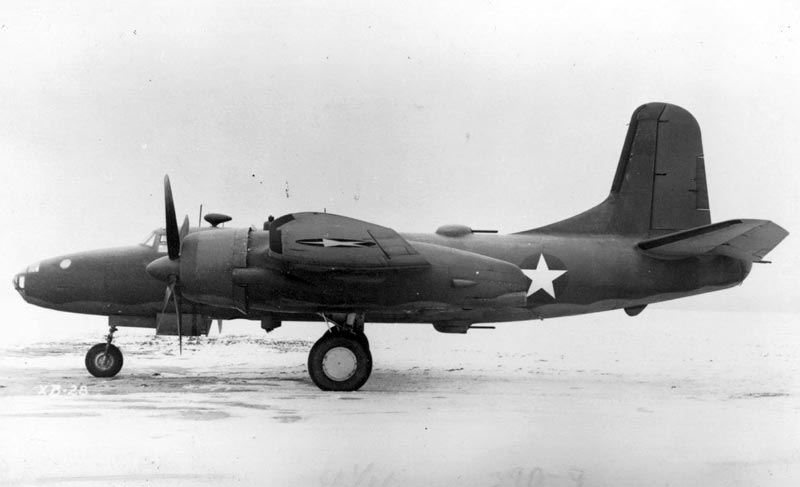