The impressive Yakovlev Yak-50 jet-powered interceptor prototype was developed to a standing Soviet Air Force requirement - it was not selected.

Authored By: Staff Writer | Last Edited: 10/02/2018 | Content ©www.MilitaryFactory.com | The following text is exclusive to this site. 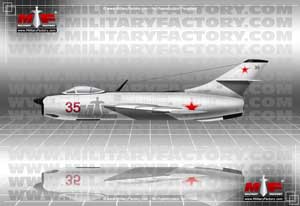 Around mid-February of 1949, Soviet Air Force (VVS) officials called for a new lightweight, all-weather, day/night jet-powered interceptor to be developed and several of the more prominent Soviet-era OKBs answered the call - Lavochkin, Mikoyan-Gurevich (MiG), Sukhoi and Yakovlev (Yak). All three played a critical role in the defense of the Soviet Empire during World War 2 (1939-1945) by providing a healthy stable of capable prop-driven fighter types. However, the post-war years saw a noticeable rise in interest regarding jet-powered fighters and bombers and all major world players were forced to develop their research and development sectors in response.

For the new requirement, the aircraft would possess a radar set, presumably in its nose, and armament would consist of cannons. Speed was, of course, a worthwhile quality for the aircraft as was a healthy rate-of-climb to meet potential inbound threat as soon as possible. The engine of choice became the Klimov VK-1 series turbojet - a Soviet copy of the British Rolls-Royce "Nene" - already in widespread use through the MiG-15 and MiG-17 series fighters of the Soviet Air Force.

Yakovlev submitted the Yak-50 for its part in the competition and all four participants were allowed a prototype to prove their design sound. Yakovlev engineers elected for a mid-wing monoplane form with swept-back wing elements. Three boundary layer fences were sat over each wing mainplane. The tail unit also incorporated swept-back surfaces and this structure was made up of a single vertical fin with mid-mounted horizontal planes. The fuselage was tubular in its general shape, housing avionics, fuel and other mission-pertinent components. The cockpit was set well-forward of midships under a largely unobstructed canopy offering excellent vision out-of-the-cockpit. The sole engine installation was buried in the fuselage and aspirated through a nose-mounted bifurcated (split) intake with ductwork running under the cockpit floor. A small nose cone protruded out and over the intake opening and was intended to house the radar fit. The engine exhausted through a port at the rear of the aircraft at the base of the tail unit. The undercarriage was of a bicycle-style arrangement and fully retractable - this arrangement consisting of two inline main legs running under the mass of the fuselage with smaller outboard support legs held under the wings at the wingtips.

Proposed armament was 2 x 23mm Nudelman-Rikhter NR-23 series cannons with eighty projectiles to a gun. The guns were mounted under the nose with barrels only partially visible. The radar equipment was to become the Korshun ("Kite") AI system.

Interestingly, Yakovlev engineers elected for just a single powerplant to drive their aircraft whereas their competitors went the route of a twin-engine design - improving performance and survivability at the expense of complexity and weight gains. Additional weight savings were seen by Yakovlev through heavy use of magnesium alloys in construction of the airframe. The Yak-50 was completed as described and took to the air for the first time on July 15th, 1949. Testing indicated a promising design and speeds of Mach 1+ were eventually (and repeatedly) achieved in shallow diving actions. However gunnery accuracy was reduced during higher speeds and control in crosswinds became a notable defect. The bicycle undercarriage also produced a rather clumsy aircraft during ground running tasks, particularly when on wet surfaces.

Despite the work put into the new requirement, Soviet officials moved on a radar-equipped ("Izumrud" system) MiG-17P model over any of the proposed interceptors. The Yak-50 designation was resurrected by Yakovlev again, this time to cover the Yak-50 development of 1975 - a basic trainer platform which saw over 300 of its kind produced.
Advertisements

(Showcased performance specifications pertain to the base Yakovlev Yak-50 (1949) production variant. Compare this aircraft entry against any other in our database or View aircraft by powerplant type)
PROPOSED:
2 x 23mm Nudelman-Rikhter NR-23 cannons under the nose.

General Assessment
Firepower
Performance
Survivability
Versatility
Impact
Values are derrived from a variety of categories related to the design, overall function, and historical influence of this aircraft in aviation history.
Overall Rating
The overall rating takes into account over 60 individual factors related to this aircraft entry.
26
Rating is out of a possible 100 points.
Relative Maximum Speed
Hi: 750mph
Lo: 375mph
This entry's maximum listed speed (696mph). 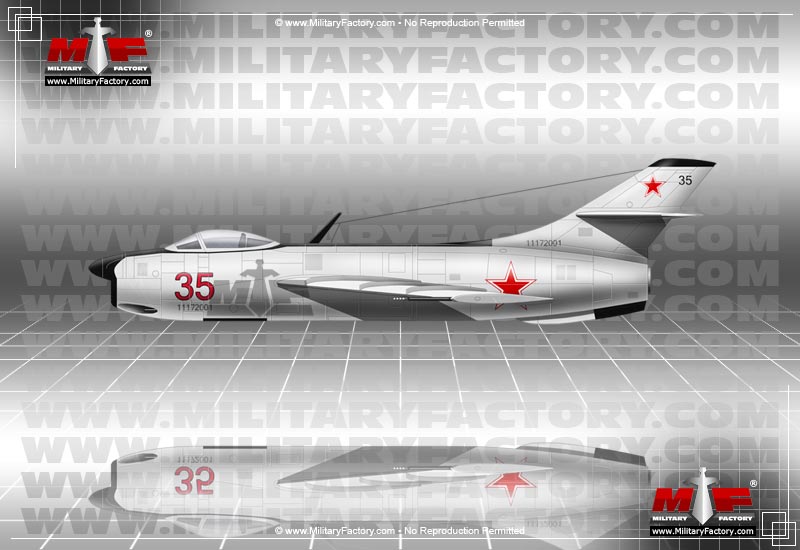