Authored By: Staff Writer | Last Edited: 05/14/2018 | Content ©www.MilitaryFactory.com | The following text is exclusive to this site. 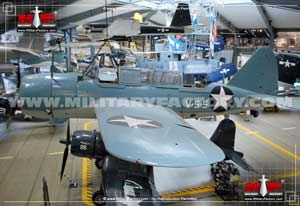 The Brewster Aeronautical Corporation managed to sell the United States Navy (USN) its proposed aircraft design for a new scout bomber requirement during the 1930s. This work eventually produced the Brewster "SBN" line which first flew in 1936, was produced in 30 examples by the Naval Aircraft Factory of Philadelphia, and formally introduced into USN service during 1941. Work began on a more developed form which was also built along the lines of scout-bomber as the Brewster "Model 340". The new aircraft was dimensionally larger than the earlier SBN and fitted with a stronger engine for improved output but retained the same general form and function as the design before it. First flight of an "XSB2A" prototype occurred on June 17th, 1941, months ahead of the Japanese surprise attack on Pearl Harbor in December to thrust American into war. The type was accepted into USN service as the SB2A "Buccaneer" and went on to live a rather nondescript service life despite the 771 models produced by Brewster.

The final form included mid-mounted monoplane wing assemblies along a tubular fuselage for its crew of two - pilot and rear gunner. The cockpits were under a long, greenhouse style canopy which held a pair of sliding sections that could be left open for excellent viewing out-of-the-cockpit. The pilot sat just behind the engine compartment at front, the engine driving a three-bladed propeller assembly. The undercarriage was only partially retractable and this at the main legs - the tail wheel was fixed during flight. The empennage including the usual single, rounded vertical tail fin and low-set horizontal planes - on the whole the Buccaneer was a very conventional product but consistent for the period.

Only one XSB2A-1 prototype was completed, this known to Brewster as the "Model 340-7". The initial production models, of which 80 were manufactured, were designated as SB2A-2 and differed only in a change of the guns but lacked folding wing assemblies. SB2A-3 became the first version of the series to feature folding wings and an arrestor hook - a must for carrierborne aircraft - and some 60 production examples followed. The SB2A-4 were originally aircraft destined for the Netherlands (Dutch East Indies) but, with the rapid Japanese advance in the Pacific and the German conquests in Europe, this stock was taken on across 162 examples by the USN. Desperate for any manner of capable aircraft, the British (both the Royal Air Force and Fleet Air Arm services) took on the type via Lend-Lease and knew it as the A-34 "Bermuda". 750 of the aircraft were originally on order (as "Bermuda Mk.1") but only 468 of this total were actually realized. British versions included changes such as the original Buccaneer's complex rear-mounted powered turret being replaced by a simpler flexible machine gun mounting. Three Bermuda airframes were evaluated by the Canadians and later used for instruction. The Australians also showed some interest in the line but did not become official operators. Any additional Buccaneers not having made their way to Britain were taken on by the United States Army Air Force (USAAF) under the model number of "R340" and used solely for the ground training role.
Advertisements

Aircraft were powered by a single Wright R-2600-8 series radial engine at front, delivering 1,700 horsepower for maximum speeds reaching 275 miles per hour, ranges out to 1,675 miles, and a service ceiling nearing 25,000 feet. Standard armament included 2 x 0.50 caliber M2 Browning heavy machine guns in the engine cowling as well as 4 x M1919 Browning medium machine guns in the wings. The rear gunner managed a 2 x 0.30 caliber machine gun arrangement in the back. A power-operated turret was seen in early forms. The optional bomb load was up to 1,000lb of conventional drop stores held in an internal bay.

Despite its usefulness and relatively high pre-war production numbers, the Buccaneer was another light bomber design that was more less made obsolete by the fast-paced nature of the war. It was replaced by more modern types as soon as possible and the British themselves opted for the Vultee Vengeance to help shore up its light bomber stocks then to continue receiving more Buccaneers.

Time was not good to this Brewster product for only two whole Buccaneer airframes are known to exist today (2014) - one resides on display at the National Museum of Naval Aviation in Pensacola, Florida and the other at the Pima Air and Space Museum of Tucson, Arizona.
Advertisements

OPTIONAL:
Up to 1,000lb of conventional drop stores held in an internal bomb bay.

General Assessment
Firepower
Performance
Survivability
Versatility
Impact
Values are derrived from a variety of categories related to the design, overall function, and historical influence of this aircraft in aviation history.
Overall Rating
The overall rating takes into account over 60 individual factors related to this aircraft entry.
24
Rating is out of a possible 100 points.
Relative Maximum Speed
Hi: 300mph
Lo: 150mph
This entry's maximum listed speed (273mph). 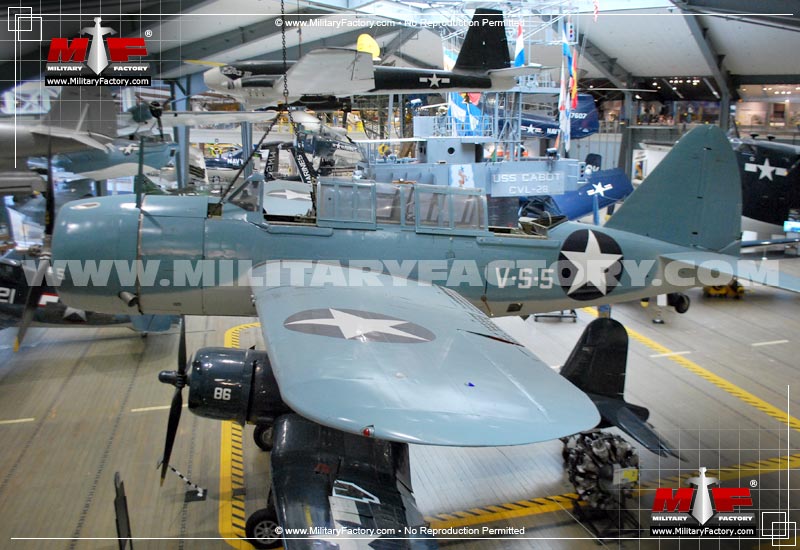 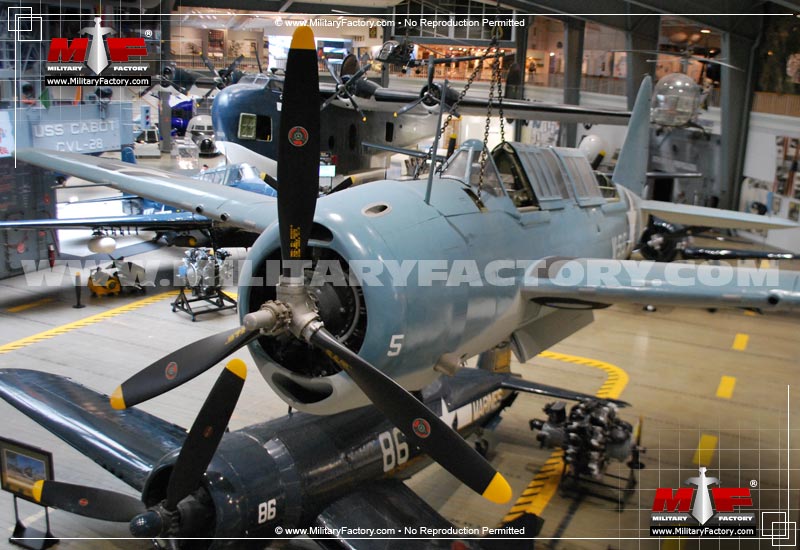 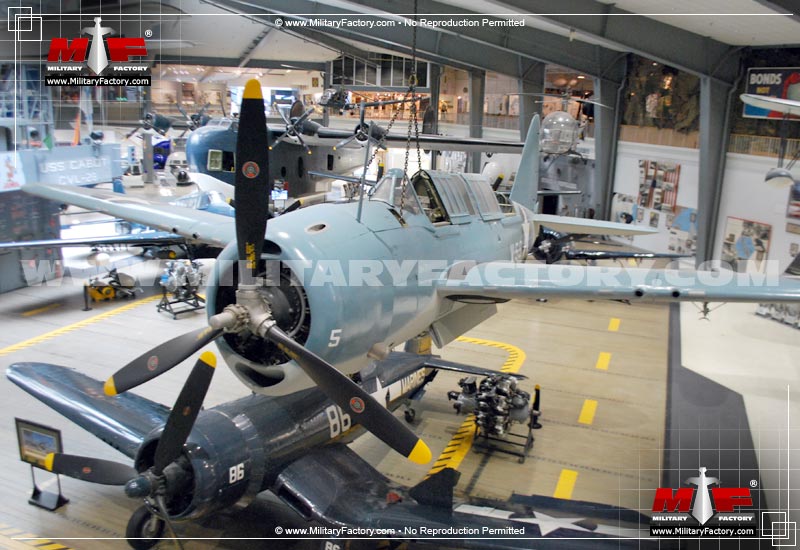 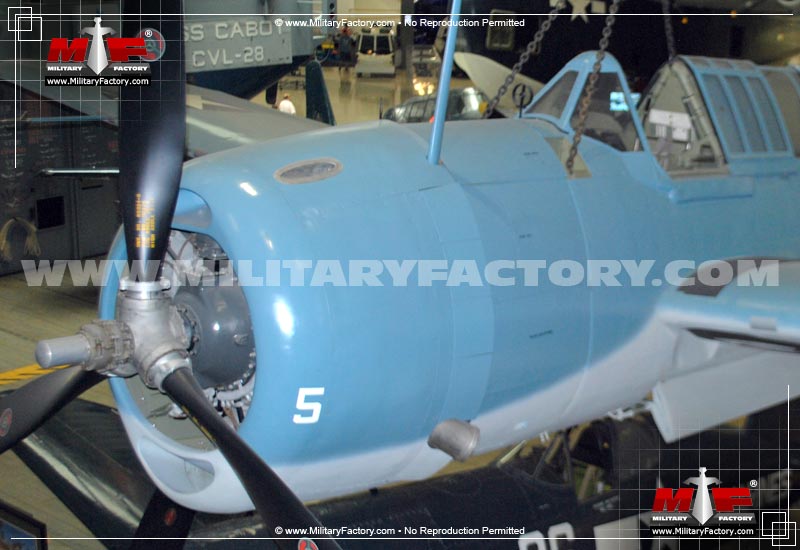 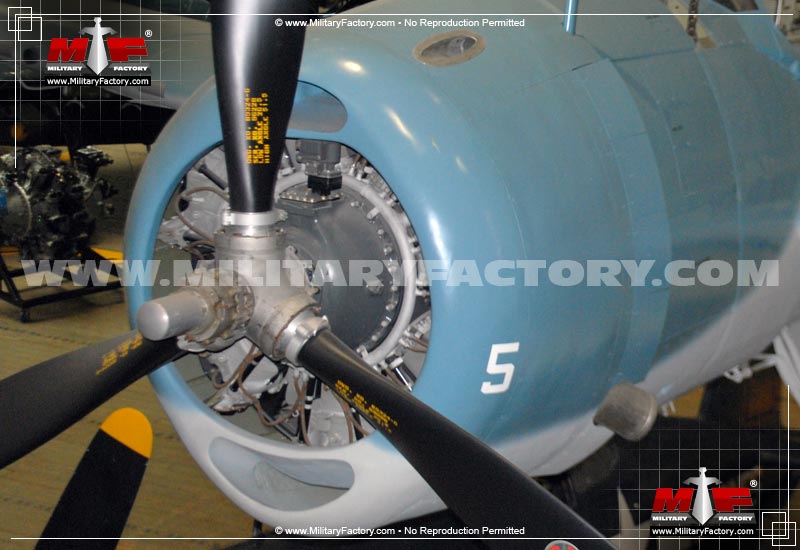 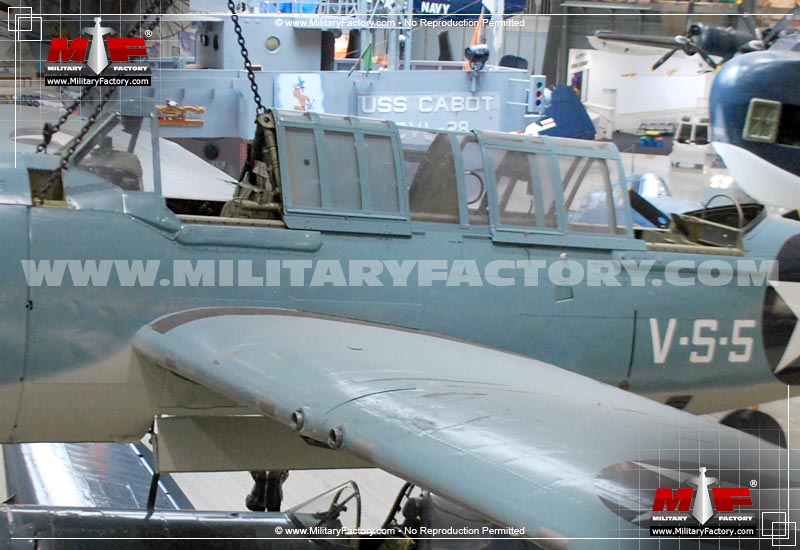 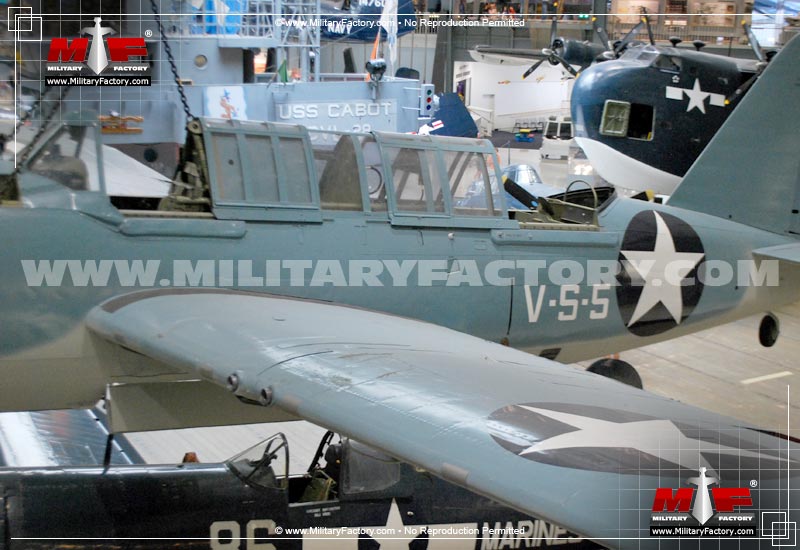 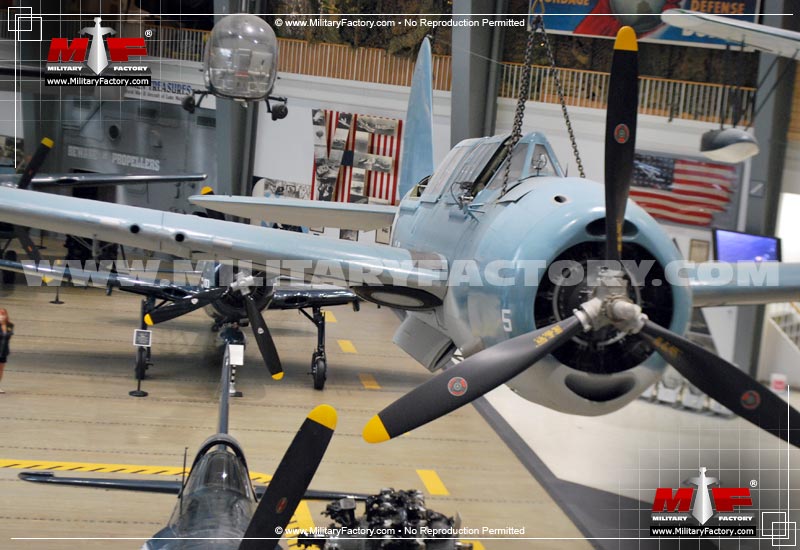 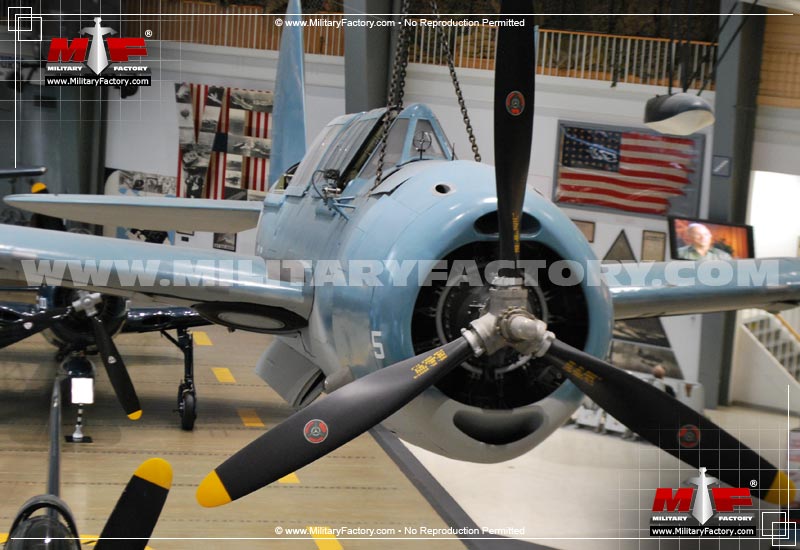 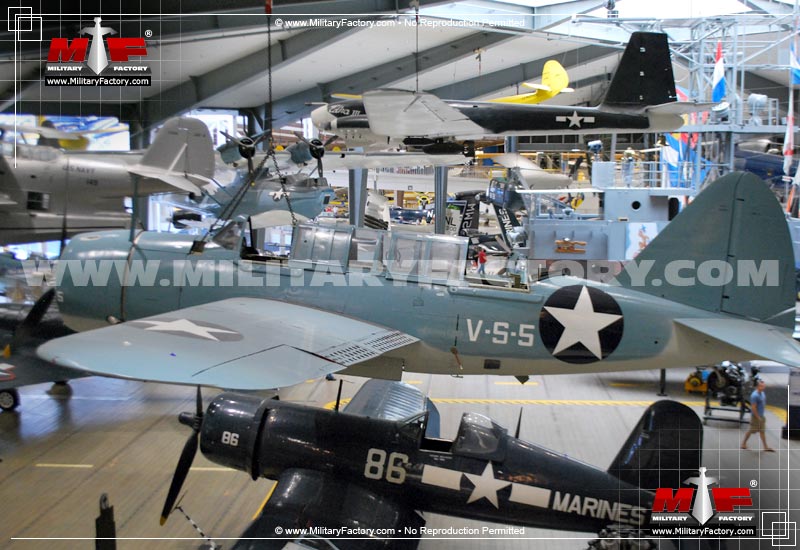 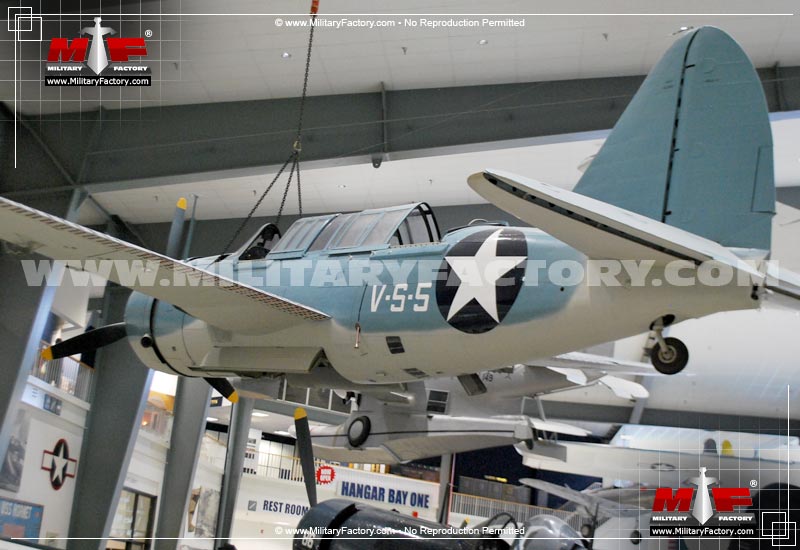 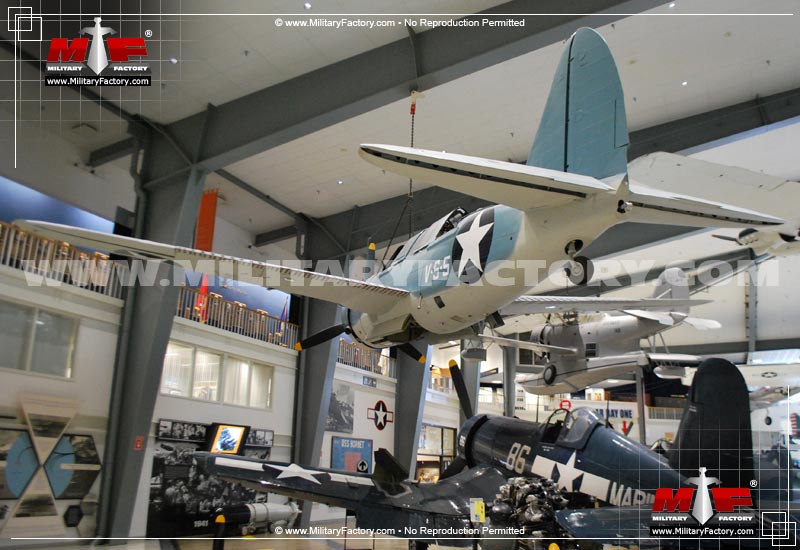 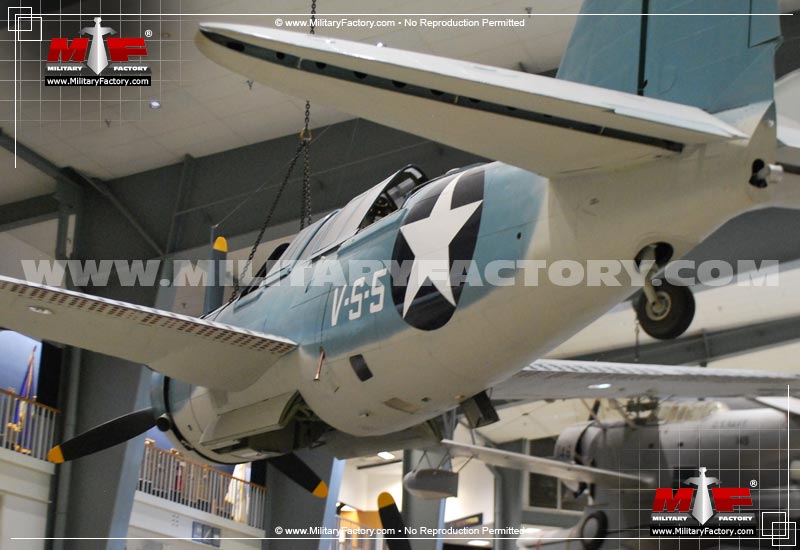 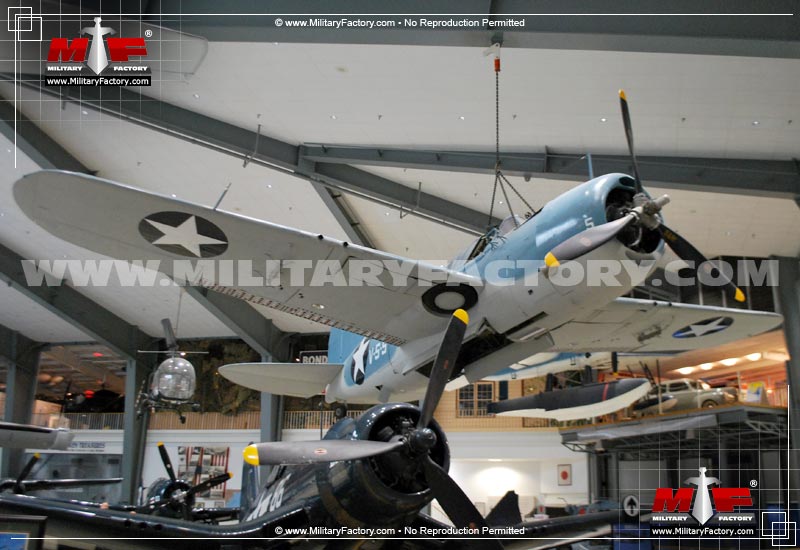 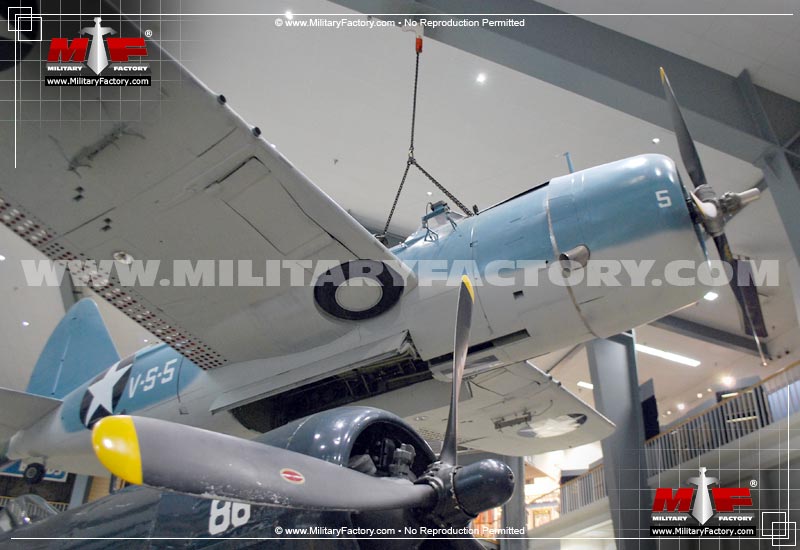