Aircraft like the Lavochkin La-15 Fantail formed the early-going for the growing Soviet jet program. 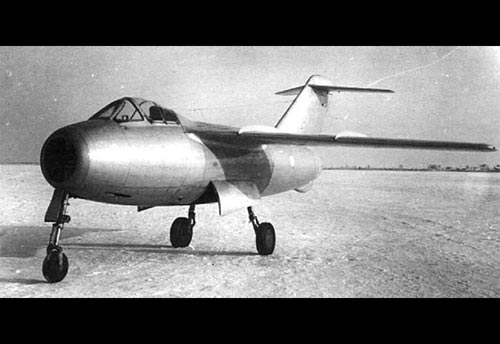 A series of Lavochkin jet-powered fighter prototypes preceded the La-15 (NATO reporting name of "Fantail") tactical fighter / interceptor. Work stemmed from a 1945 Soviet requirement that saw a line of aircraft evolve from the captured German Junkers Jumo 004 turbojet and straight main wings to a Rolls-Royce-based engine (copied under the Klimov brand label) and swept-back wings. A 1946 requirement then streamlined a proposal for an all-modern jet-powered fighter for the Soviet Air Force which incorporated a "T-style" tail configuration - a feature also pioneered by the Germans. The end result became the La-15 which was a further evolution of the one-off La-168 prototype first flying on April 22nd, 1948. The La-15 followed suit and took to the air on January 8th, 1948 to which its serial production form eventually served alongside the competing, and decidedly more famous, Mikoyan-Gurevich MiG-15 fighter of which over 18,000 were eventually built. Comparatively, the La-15 proved a limited success, seeing just 235 produced as its power and performance proved rather underwhelming for the interceptor role. As such, the La-15 series was given up for good by 1953.

The external appearance of the La-15 was not unlike the form of the competing MiG-15. The nose was cut-off to provide the intake for the air-fed turbojet engine at fuselage center. The cockpit was situated over the duct work with a large clear canopy fitted overhead. This provided the pilot with exceptional views all about his aircraft and the canopy was further raised above the rear fuselage spine, adding additional viewing angled over the more vulnerable rear angle. The mainplanes were high-mounted on the fuselage sides and noted for their extensive sweepback. They each featured a pair of strakes to improve flight characteristics, this proving a physical quality added to many of the early Soviet jets including the MiG-15. A large vertical tail unit mounted the horizontal tailplanes high in a near "Tee" arrangement. The undercarriage was of a modern tricycle arrangement and wholly retractable to retain the aircraft's aerodynamic efficiency at speed.

The engine of choice became a Klimov RD-500 centrifugal compressor turbojet powerplant providing 3,500lbs of thrust. Maximum speed reached 626 miles per hour with a range out to 710 miles. The aircraft's service ceiling reached 44,300 feet and rate-of-climb was 6,240 feet per minute.

Armament centered around 3 x 23mm Nudelman-Suranov NS-23 cannons fitted under the nose. 100 rounds of ammunition was loaded per gun. There was no fighter-bomber capability in the La-15 series.

In practice, pilots liked their La-15s but the aircraft did not meet the performance required and production per unit proved complex. It was lighter than the competing MiG-15 but the MiG-15 bettered the Lavochkin aircraft on most all of the performance fronts. Additionally, it graduated to serve in a limited fighter-bomber role over the course of its career, leaving the La-15 to the pages of history. Variants of the La-15 proved few during its service life and production run. "Aircraft 174" was the first prototype and fitted with the Rolls-Royce Derwent turbojet engine. This example crashed during testing. "Aircraft 174D" served as the second prototype and benefitted from the failures of the first. It was accordingly revised into an improved form. "Aircraft 180" became the prototype basis for the two-seat trainer, eventually adopted as the "La-15UTI".

The La-15 fighter line was not exported outside of the Soviet Union.
Advertisements

(Showcased performance specifications pertain to the base Lavochkin La-15 (Fantail) production variant. Compare this aircraft entry against any other in our database or View aircraft by powerplant type)
STANDARD:
3 x 23mm Nudelman-Suranov NS-23 cannons under the nose. 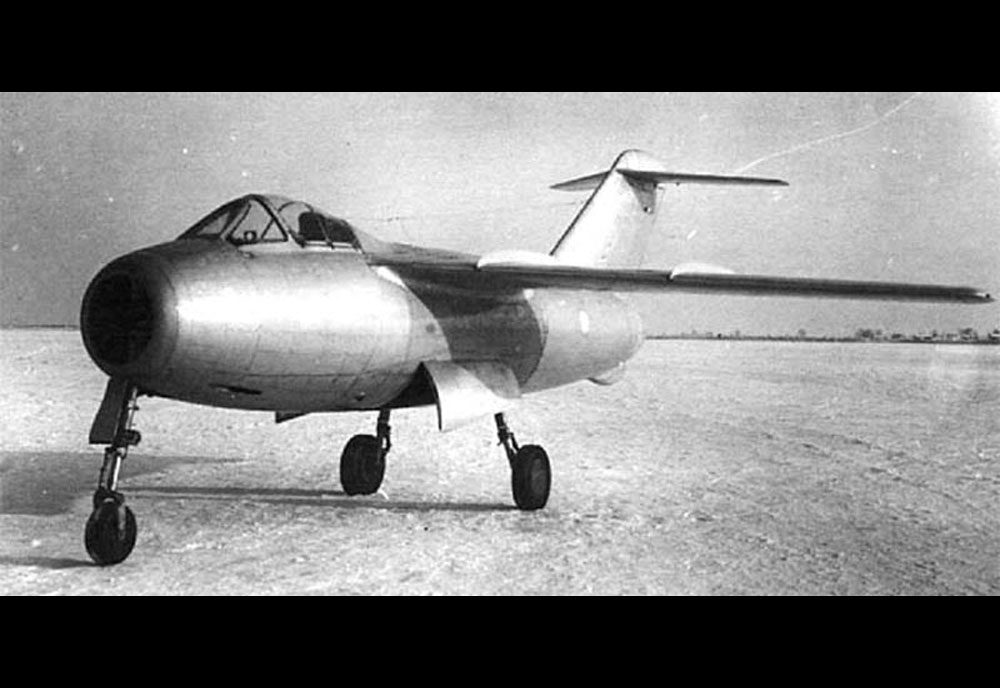