Lacking options in October of 1940, the USAAC adopted converted Douglas A-20 Havocs as P-70 night fighters. 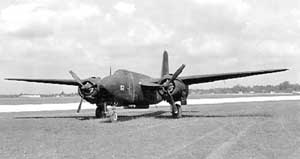 To shore up its need for a dedicated night fighter in 1940, the United States Army Air Corps (USAAC) went ahead with modified Douglas A-20 "Havoc" / "Boston" light bombers to suit the role. Development began in 1942 in anticipation that the series would not have to fight for long as the Northrop P-61 "Black Widow" - purposely designed for night fighting - would soon arrive in 1943. As such, 163 conversions were made and these across a few notable marks - some never to see combat exposure at all. An XP-70 served as the series prototype to prove the validity of the conversion and the aircraft then operated under the formal designation of P-70 "Nighthawk". All P-70s were delivered before September of 1942.

It was the British Royal Air Force (RAF) that first realized the A-20 as a night fighter when they converted their A-20 Havocs for the role by installing appropriate air intercept radar and a ventral gun pod. The naturally-glazed nose section was painted over/hard-covered to shroud the radar suite and an additional internal fuel tank was fitted for extended operational ranges. The USAAC followed suit, arming their A-20s and outfitting them with local copies of the British AI Mk IV radar (as the SCR-540). These aircraft too lost their glazed nose sections. Some fitted a ventral cannon tray with 4 x 20mm cannons while others utilized a "gun nose" mounting 6 or 8 x 0.50 M2 Browning heavy machine guns - continuing the American reliance on all-machine-gun armament for their aircraft. 2 x 0.50 machine guns were fitted under the nose to fire tracer rounds, useful in gun-laying. In these forms, the radar suite was moved to the bomb bay. The armor protection encountered in the original A-20 was reduced to help lighten the operation loads of the P-70s. It was deemed that such an aircraft, in its given role, need not burden itself down with unnecessary protection.

The Douglas A-20 airframe proved a solid choice for the mission ahead. Its dual-engine configuration, particularly over expansive oceans, meant that the aircraft could fly on a single engine if forced. The multiple crew spread the workload around helping to reduce pilot fatigue. Cannon armament - or similar forward-firing firepower - was a prerequisite considering that the crew would have, at best, a single drive against an enemy target and best make the first shots count.

In practice, the P-70 proved a serviceable machine but was only ever fielded in the Pacific Theater. There was already a converted A-20 with radar on station over California after the Japanese attack at Pearl to prove the aircraft-radar combination sound. First deliveries of P-70s was in April of 1942 with machine gun noses while retaining support for 2,000lb of internal stores if needed. The A-1s then followed in 1943 during a period when night fighters were in constant need against marauding Japanese raiders. While P-70s lacked much in the way of flat-out speed and high-altitude work (they lacked superchargers), they provided a solution where there initial proved none to be found. its usefulness was limited with the arrival of the dedicated P-61 in 1944 and other converted types which promised better results and performance. By the start of 1945, all P-70s were removed from frontline service, thus ending their operational tenures in World War 2, and served as trainers until their final days. Indeed, the P-70 trainers graduated some 485 persons to serve in American night fighter squadrons.
Advertisements

United States (retired)
(OPERATORS list includes past, present, and future operators when applicable)
✓ Air-to-Air Combat, Fighter
General ability to actively engage other aircraft of similar form and function, typically through guns, missiles, and/or aerial rockets. ✓ Interception
Ability to intercept inbound aerial threats by way of high-performance, typically speed and rate-of-climb. ✓ Training (General)
Developed ability to be used as a dedicated trainer for student pilots (typically under the supervision of an instructor).

OPTIONAL:
Up to 2,000lb of internal stores for conventional drop ordnance as needed.

General Assessment
Firepower
Performance
Survivability
Versatility
Impact
Values are derrived from a variety of categories related to the design, overall function, and historical influence of this aircraft in aviation history.
Overall Rating
The overall rating takes into account over 60 individual factors related to this aircraft entry.
60
Rating is out of a possible 100 points.
Relative Maximum Speed
Hi: 400mph
Lo: 200mph
This entry's maximum listed speed (339mph). 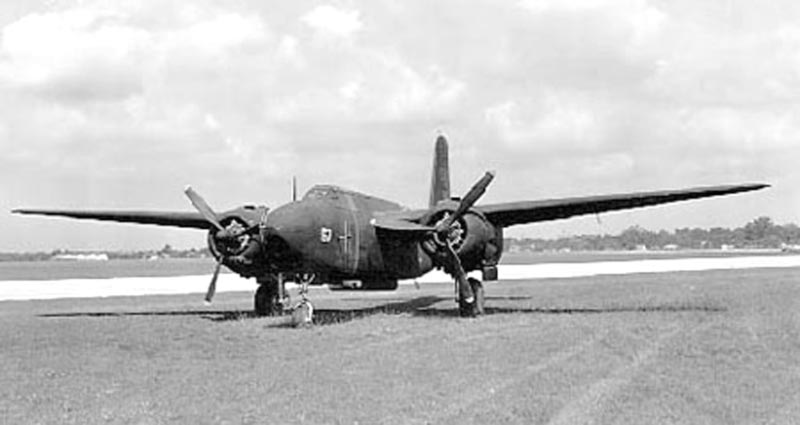 Front left side view of a Douglas P-70 night fighter at rest.