The General Atomics Sea Avenger is a navalized version of the land-based Avenger offering and intended to complete for the US DoD UCLASS program.

Authored By: Staff Writer | Last Edited: 05/22/2018 | Content ©www.MilitaryFactory.com | The following text is exclusive to this site. 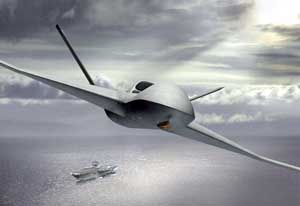 The United States Navy's "Unmanned, Carrier-Launched, Airborne Surveillance and Strike" (UCLASS) program was launched to deliver a viable, carrier-based UAV combat system capable of working in concert with existing naval aircraft and systems. The UCLASS vehicle is expected to take on a myriad of roles once reserved for manned aircraft systems including intelligence gathering, aerial reconnaissance, targeting and light strike capabilities. The UCLASS program is expected to announce a contract sometime in the third quarter of fiscal year 2015.

To that end, General Atomics, recognized worldwide by its popular "Predator" series of unmanned aircraft, has begun development of a demonstrator in the mold of their emerging Avenger line ("Predator C") for the United States Air Force. This new variant has been called "Sea Avenger" and is expected to be dimensionally larger than its land-based predecessor, appropriately modified for the rigors of at-sea operation. The aircraft will make use of a jet engine buried within the contours of its fuselage and stealth characteristics will be applied where possible. Additionally, a sensor package will be retractable into the fuselage for stealth and communications will be handled via satellite - coordinated with existing USN systems and hardware. The enlarged nature of the Sea Avenger will also promote greater internal volume for larger munitions than seen in the Avenger product. Beyond its internal weapons bays, the drone will feature external hardpoints as well and one concept is of a "buddy" in-flight refueling aircraft to serve accompanying fighters.

A highly optimistic design at this stage, the Sea Avenger will compete against offerings from Lockheed and perhaps Northrop and Boeing in attempting to come in at/under cost and offer the required endurance and mission capabilities. The Northrop offering is expected to be formed from their existing X-47B carrier-based demonstrator. The Lockheed submission is known as the "Sea Ghost" with the Boeing model possibly emerging from their "Phantom Ray" endeavor.©MilitaryFactory.com
Note: The above text is EXCLUSIVE to the site www.MilitaryFactory.com. It is the product of many hours of research and work made possible with the help of contributors, veterans, insiders, and topic specialists. If you happen upon this text anywhere else on the internet or in print, please let us know at MilitaryFactory AT gmail DOT com so that we may take appropriate action against the offender / offending site and continue to protect this original work.
Advertisements

(Showcased performance specifications pertain to the base General Atomics Sea Avenger production variant. Performance specifications showcased above are subject to environmental factors as well as aircraft configuration. Estimates are made when Real Data not available. Compare this aircraft entry against any other in our database or View aircraft by powerplant type)
Internal weapons bay for air-to-surface guided/homing missiles or precision-guided drop bombs. 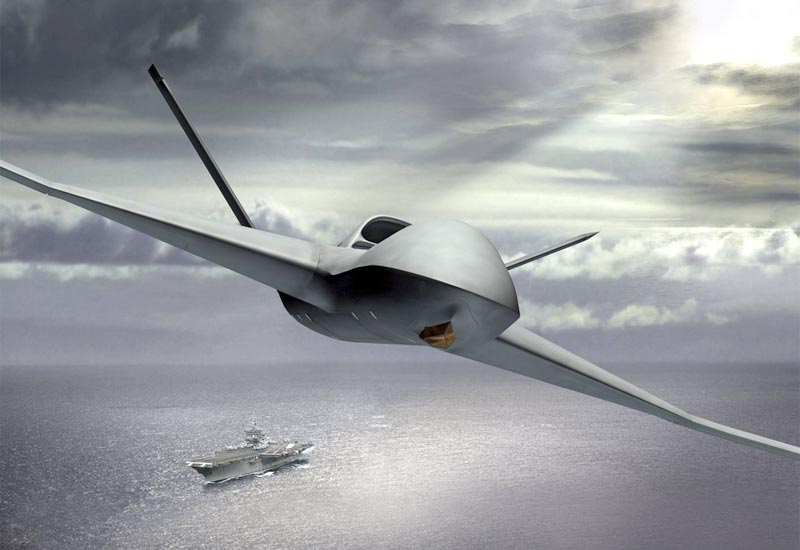