The Boeing X-45A made its maiden flight on May 22nd, 2002 though the program ultimately netted just two examples in all.

Authored By: Staff Writer | Last Edited: 09/24/2019 | Content ©www.MilitaryFactory.com | The following text is exclusive to this site. 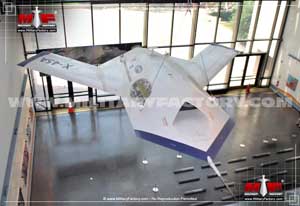 The Boeing X-45 served as a proof-of-concept technology demonstrator - developed in conjunction with DARPA (Defense Advanced Research Projects Agency) - for the storied aviation concern in trying to develop a fully-autonomous Unmanned Combat Air Vehicle (UCAV) solution for possible adoption by the United States Air Force (USAF). The advanced aircraft first took to the air on May 22nd, 2002 and this led to a pair of vehicles being completed and used in active testing. With their test phase completed, the design did not materialized into a formal UCAV contract order by the USAF which then saw Boeing attempting to sell its X-45 to the United States Navy (USN). The USN favored a competing design from Northrop Grumman (to become the "X-47"). As such, the X-45 program was ended and both of the original X-45A aircraft were handed to American museums - the Smithsonian National Air and Space Museum of Washington, D.C and the National Museum of the United States Air Force in Dayton, Ohio.

The Boeing "Phantom Ray" became an offshoot of the X-45 work, its first flight being in 2011 with only one having been completed to date (2014).

The X-45A took on a most unique design form with its hard, clean lines, well-blended dorsal section, and swept mainplanes. The vehicle lacked any conventional tail unit (including vertical tail fins) and its turbofan engine was buried deep within the upper section of the fuselage - allowing the ventral side to remain flat. The single engine was aspirated at the front of the design by way of an intake and exhausted through a shallow port at the rear - the installation running nearly the full length of the aircraft. The undercarriage was wholly retractable and of a tricycle arrangement. Flight control was autonomous though pilots on the ground could input control if required.

Boeing engineers, at its famous "Phantom Works" location, completed two flyable X-45As and these were to represent a future, full-sized version still-to-come. General ground running and flight testing then led to ordnance drops which proved the machine sound on the whole. The pair of X-45s were sometimes flown together and showed their prowess in operating - autonomously and in conjunction with one another - when engaging simulated threats. They utilized their software for optimal approaches, interpreting the level of the threats, and resource management successfully. With their flying days over, the pair were then retired having flown dozens of flights.

The X-45 program begat a few notable variants leading with the X-45A which remained proof-of-concept demonstrators. The X-45B was the full-sized version which allowed for improved performance figures and this then led to the finalized form as the X-45C to be powered by an F404 series turbofan. A navalized version of this mark was the offered to the USN as the X-45N though the Northrop Grumman X-47 took its place and has gone on to make tremendous strides for the service in active carrier trials.

Dimensionally, the X-45A held a running length of 26.5 feet, a wingspan of 33.9 feet, and a height of 6.7 feet. Its empty listed weight was 8,000lb. A pair of long internal weapons bays were seated in the belly allowing for the carrying of JDAMs (Joint Direct Attack Munition) or similar guided drop bombs. The X-45A was outfitted with a Honeywell F124-GA-100 turbofan engine, giving it a maximum speed of 570 miles per hour (up to Mach 0.75) and a range of 1,500 miles. Its operational service ceiling was 40,000 feet.
Advertisements

United States
(OPERATORS list includes past, present, and future operators when applicable)
✓ Ground Attack (Bombing, Strafing)
Ability to conduct aerial bombing of ground targets by way of (but not limited to) guns, bombs, missiles, rockets, and the like. ✓ X-Plane (Developmental, Prototype, Technology Demonstrator)
Aircraft developed for the role of prototyping, technology demonstration, or research / data collection. ✓ Unmanned Capability
Aircraft inherently designed (or later developed) with an unmanned capability to cover a variety of over-battlefield roles.

(Showcased performance specifications pertain to the Boeing X-45A production variant. Compare this aircraft entry against any other in our database or View aircraft by powerplant type)
Precision-guided bombs across two internal weapons bays.

(Not all ordnance types may be represented in the showcase above)
X-45 - Base Series Designation
X-45A - Original test models; two completed.
X-45B - Full-sized form of the X-45A
X-45C - To be fitted with F404 series turbofan engine.
X-45N - Proposed navalized variant for the USN
"Phantom Ray" - Private venture based on X-45 data 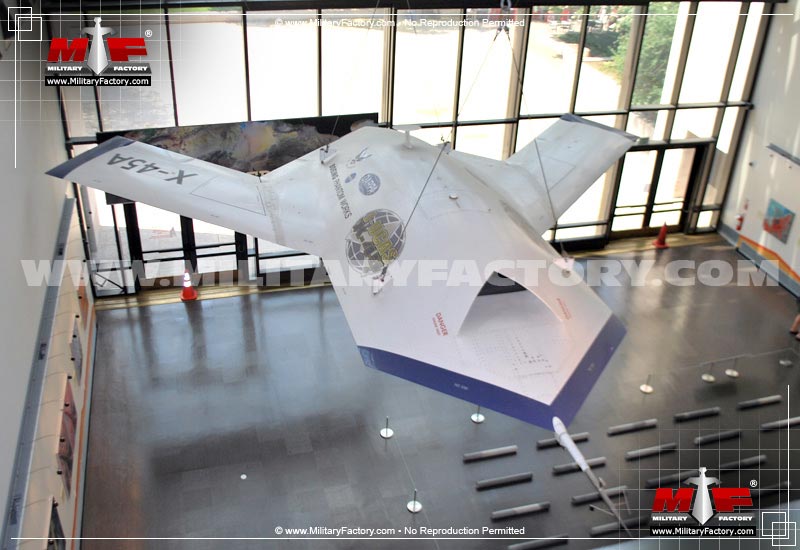 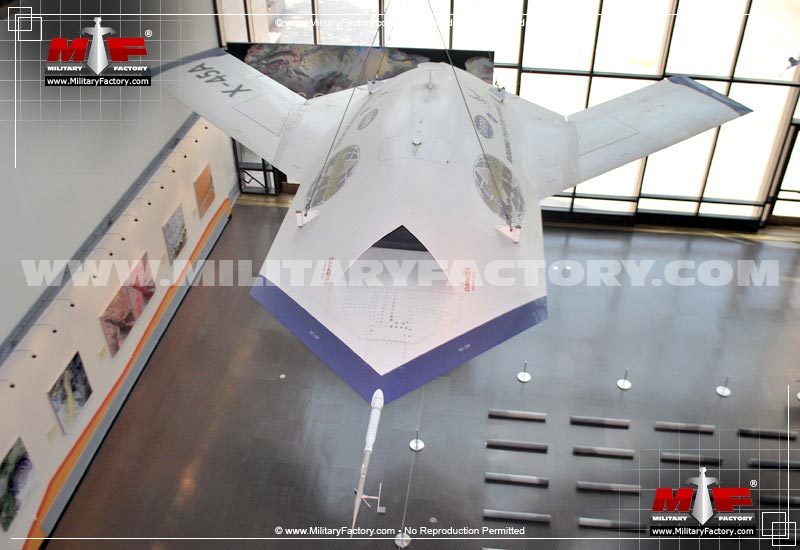 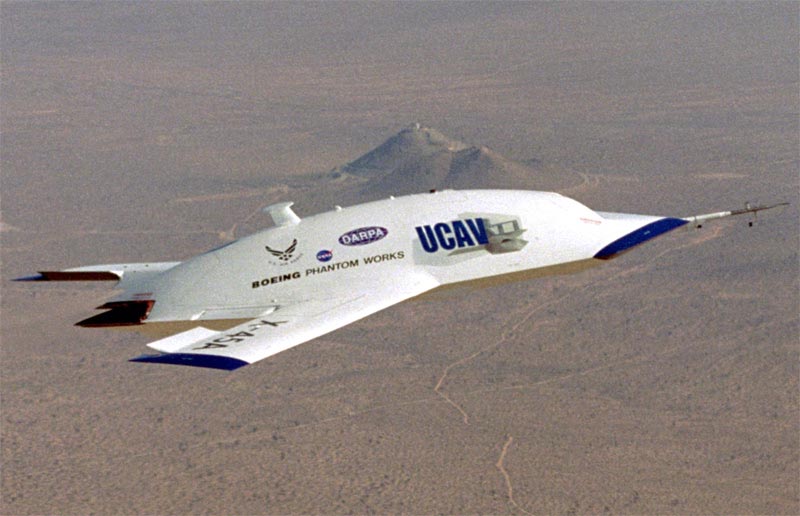 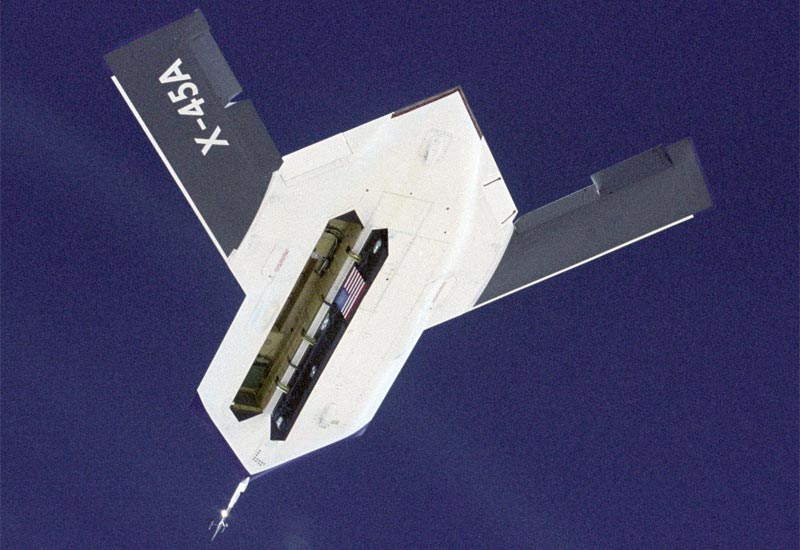