Developed to a medium bomber requirement, changes to British needs limited the Bristol Buckingham to fewer than 119 examples during World War 2.

Authored By: Staff Writer | Last Edited: 09/04/2017 | Content ©www.MilitaryFactory.com | The following text is exclusive to this site. 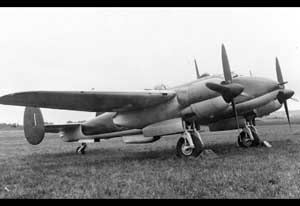 In the lead-up to World War 2, British authorities sought to shore up key limitations in their arsenal and this meant consideration of many new products. A medium bombing platform was eventually requested under Specification B.7/40 to replace the aging Bristol Blenheim and, to help speed development and production, an aircraft based on an existing design was preferred. Maximum speed was to reach 300 miles per hour with a bomb load of 1,000 pounds. The aircraft would fulfill the medium bomber, general battlefield support, and dive bombing roles in service. Bristol Aeroplane Company moved in to secure the requirement, eventually producing the Type 61 before this evolved to become the Type 162 "Beaumont" design.

Bristol engineers retained the aft section (including tail unit) of the Bristol Baufighter, originally a two-seat, heavy twin-engine fighter which saw its first flight in July of 1939. The forward fuselage section, wings, and engines were all revised for the medium bomber role. Defensive armament included a machine gun-armed dorsal turret, rear-facing machine gun emplacement, and fixed, forward-firing machine guns. The British Air Ministry was interested in the design enough to order additional work on the type which would include three flyable prototypes. By this point, Britain was fully committed to the new World War in Europe - requiring any and all war-making goods as quickly as possible.©MilitaryFactory.com
Advertisements

Due to the fluid nature of the war and ever-changing requirements heading into 1941, the Type 162 was reworked to become the Type 163 with the name of "Buckingham" to satisfy a revised request in Specification B.2/41. The airframe was no longer required for the dive bombing role, a role which added all manner of stress to the structure, and would instead concentrate primarily on the level bombing role. Additionally, authorities were aware of the quick-changing direction of the war and needed a more modern platform with more impressive performance capabilities. It was now envisioned that the new medium bomber carry up to 4,000 pounds of ordnance (internally) out to ranges of 1,600 miles at speeds reaching 360 miles per hour.

Bristol engineers returned with an aircraft given new wing main planes while powered by Bristol Centaurus engines. A dorsal turret was fitted that featured 4 x machine guns while the rear-facing emplacement used 2 x additional machine guns to protect the aircraft's more vulnerable "six". 4 x machine guns were set at the fuselage in fixed, forward-firing positions. The crew would include the pilot and bombardier, the latter of which would be situated in the middle of the aircraft, as well as dedicated gunners. A first flight of a completed Type 163 prototype was finally recorded on February 4th, 1943. This testing period forced other changes to be made due to stability issues encountered. Four prototypes were eventually built, these with Centaurus IV series engines.

Production of the Buckingham B.Mk 1 ramped up in 1943 and spanned into 1945, these completed with Centaurus VI or XI series engines. The initial order called for 400 aircraft but then this was reduced to 300 before becoming a the final request for 119. This swift move to limit numbers was owed largely to the restricted capabilities of the design when compared to contemporaries. The medium bomber role was also being well-handled by American-designed aircraft in British service while other, more capable mounts, were used in the night-bombing and intruder campaigns meant to keep the pressure on the German war machine. The Buckingham was too slow for the heavy fighter role and highly vulnerable for any daytime work while lacking the equipment and performance for low-light / night-time hours work. Additionally, its control problems continued even when it had reached operational service status.

Nevertheless, the commitment to the Buckingham had already been made. The initial 54 examples were completed to the medium bomber standard while the remainder of the overall production total were delivered as high-speed transports for courier service. The latter became the Buckingham C.Mk 1 and were stripped of their armament and armoring for speed while given larger fuel tanks for range and passenger seating for up to four. Production of C.Mk 1 aircraft numbered 64 in all.

Some bomber models were also "reimagined" as trainers under the Type 166 "Buckmaster" designation. The Type 169 was a proposed photographic-reconnaissance platform that fell to naught. The Type 164 "Brigand" was a torpedo bomber off-shoot of the Buckingham line, producing two major marks of its own (a bomber and trainer). These retained the Buckingham's wings and tail section but were given a new fuselage and battlefield role. Production of this type numbered 147 but introduction fell after the war in 1946.©MilitaryFactory.com
Note: The above text is EXCLUSIVE to the site www.MilitaryFactory.com. It is the product of many hours of research and work made possible with the help of contributors, veterans, insiders, and topic specialists. If you happen upon this text anywhere else on the internet or in print, please let us know at MilitaryFactory AT gmail DOT com so that we may take appropriate action against the offender / offending site and continue to protect this original work.
Advertisements

United Kingdom
(OPERATORS list includes past, present, and future operators when applicable)
✓ Ground Attack (Bombing, Strafing)
Ability to conduct aerial bombing of ground targets by way of (but not limited to) guns, bombs, missiles, rockets, and the like. ✓ Transport
General transport functionality to move supplies/cargo or personnel (including wounded and VIP) over range. ✓ Training (General)
Developed ability to be used as a dedicated trainer for student pilots (typically under the supervision of an instructor).

OPTIONAL:
Up to 4,000 lb of conventional drop ordnance held in an internal bay. 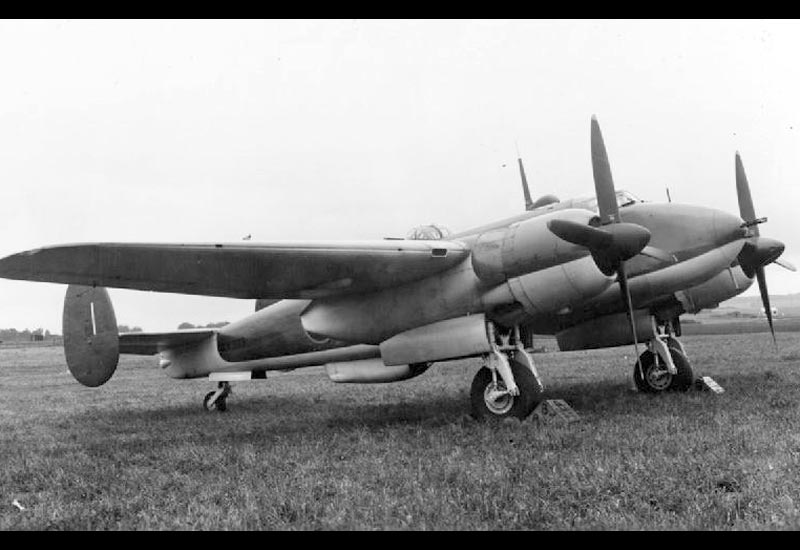