Though introduced as early as 1912, the RAF B.E.2 mulitrole biplane platform still saw operational use throughout all of World War 1.

Authored By: Staff Writer | Last Edited: 10/22/2018 | Content ©www.MilitaryFactory.com | The following text is exclusive to this site. 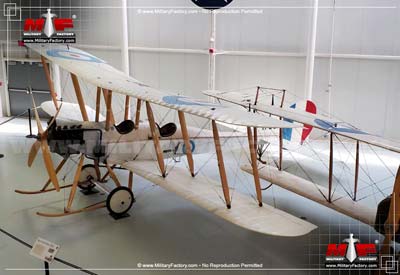 The Royal Aircraft Factory B.E.2 was born through the Royal Balloon Factory (RBF) establishment which was itself arranged to further British research into aircraft. Additionally, its personnel were also on hand to enact repairs to Royal Flying Corps (RFC) aircraft when called upon though this did not stop participants from endeavoring to build all-new aircraft designs under the guise of research and such work ultimately provided the evolution of the B.E.2. Its designation "B.E." stemmed from the words "Bleriot Experimental" (the RBF rebuilt or repaired many French-originated "Bleriot" and "Voison" aircraft from 1909 to 1913).

It would be famous aviation engineer Geoffrey de Havilland that would lend his talents to the design of the B.E.2. Mr. de Havilland served at the RBF as a chief designer prior to striking out on his own. He played a major role in the design of many of AirCo's products during World War 1 (1914-1918) and ultimately established the de Havilland Aircraft Company in the post-war years during 1920. His greatest claim to aviation fame went on to become the storied DH.98 "Mosquito" - a fast, multirole performer of World War 2 (1939-1945).

The road to fruitfulness for the B.E.2 began with the B.E.1 - a two-seat biplane prototype aircraft (the pilot in the rear cockpit) with unequal span wings, oversized radiator installation over the nose, and a water-cooled Wolseley engine of 60 horsepower. First flight was on December 4th, 1911 and changes followed the aircraft before its next flight later that month - modifications included a shift to an air-cooled Renault engine of 60 horsepower.

Following the B.E.1 prototype was the B.E.2 which, more or less, remained faithful to the original de Havilland approach. A Renault engine of 60 horsepower was retained but the wings were now modified to be of equal span and, with other changes in place, the type first flew on February 1st, 1912. Showcased in the Military Aeroplane Competition of August 1912, the aircraft proved a show-stopper based on its performance when compared to its contemporaries - though it did not win for the simple fact that RBF director Mervyn O'Gorman was one of the key judges of the competition.

The promising B.E.2 was adopted by the RFC as the standardized B.E.2a though with a reworked fuel delivery system and unequal span wings. Serial production was assigned through Vickers and, later, Bristol and the wings were eventually updated to equal span again. A revised cockpit (high sides for improved crew protection) greeted the subsequent B.E.2b model. An extensive redesign appeared as the B.E.2c and the B.E.2d added a larger fuel tank and dual control scheme. The final production model became B.E.2e which was given new wings. This spawned the B.E.2c with the wings of the E-model as the B.E.2f - the C-model also incorporating findings by researcher Edward Busk of the London Electrical Engineers. In the same way that the B.E.2c became the B.E.2f, so too did the B.E.2d become the B.E.2g.

601 examples of the related B.E.12 were produced as single-seaters based on the B.E.2c with B.E.2e wing assemblies. These were also fielded with an uprated engine and synchronized machine gun.
Advertisements

Total production of the B.E.2 marks was about 3,500 and these served with several participants of World War 1. Additional development and prototypes were also a growing part of the B.E.2 line in history. By the time of the war, the B.E.2 had already seen several years of useful service with the RFC, its pilots and crews generally well experienced with these biplane mounts - though not as warring airplanes. B.E.2s stocked the inventory of the British Expeditionary Forces (BEFs) upon their arrival in France during 1914.

The B.E.2c quickly superseded earlier B.E.2 types in service during the early years of the war. Its stability shown through which made it a highly useful artillery observation platform as well as a good candidate for photographic reconnaissance sorties. The aircraft could also carry a modest bomb load for basic strike missions though this often meant that the rear crewman was left behind due to the increase in weight.

Unarmed and generally slow, the B.E.2 did not fare well when set over territories near enemy activity and the series proved machine gun fodder to the new generation of German fighter - the Fokker "Eindecker" monoplane of 1915. Regardless, the RFC continued in its large scale frontline use of the B.E.2 for a good portion of the war. It was only when the Allies reclaimed air superiority from the Germans - ending the dreaded "Fokker Scourge" period - that the vulnerabilities of the B.E.2 were overshadowed to an extent. During 1915, the B.E.2 (B.E.2c) was made to service the night fighter role as a single-seat interceptor granted extra fuel stores, an angled Lewis machine gun, and hand-dropped ordnance to be used against German Zeppelins over England. In this way, the B.E.2 became one of the earliest airframes to fulfill the dedicated night fighting role.

By the end of 1917, the B.E.2 aircraft line was being replaced by more capable types in service. As was the case with most outmoded systems, the B.E.2 continued in service as a trainer for incoming airmen and as maritime patrol mounts to combat the German U-Boat threat. The series managed a still-useful existence into the post war years for it was not formally retired until 1919. A sole B.E.2 made up one-half the inventory of two aircraft for newly founded Quantas of Australia - the Australian Flying Corps (AFC) was another wartime operator of the B.E.2.

The aircraft - in particular the B.E.2e - was known as "Quirk" by British pilots due to its unlikable qualities by 1917.
Advertisements

OPTIONAL:
Up to 224 lb of drop ordnance.

General Assessment
Firepower
Performance
Survivability
Versatility
Impact
Values are derrived from a variety of categories related to the design, overall function, and historical influence of this aircraft in aviation history.
Overall Rating
The overall rating takes into account over 60 individual factors related to this aircraft entry.
72
Rating is out of a possible 100 points.
Relative Maximum Speed
Hi: 100mph
Lo: 50mph
This entry's maximum listed speed (72mph). 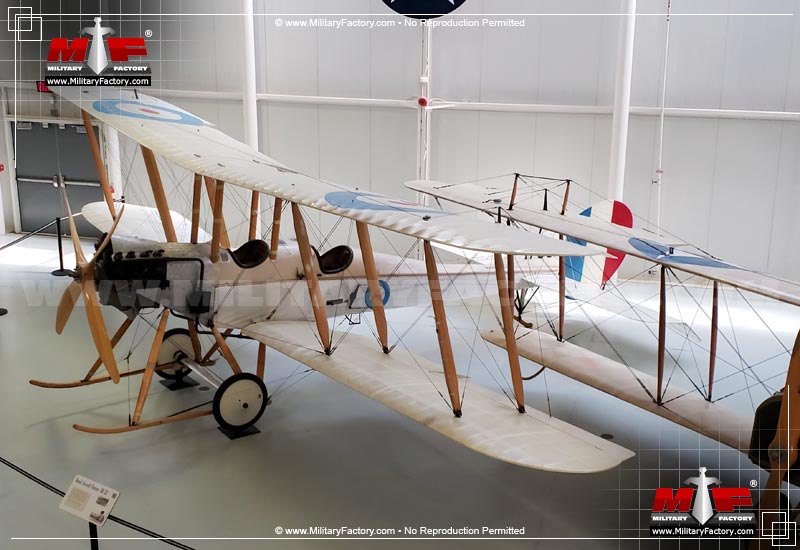 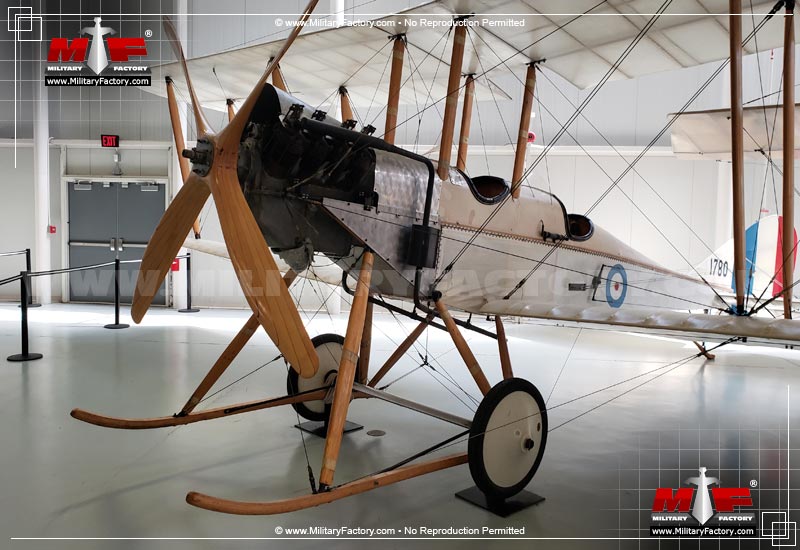 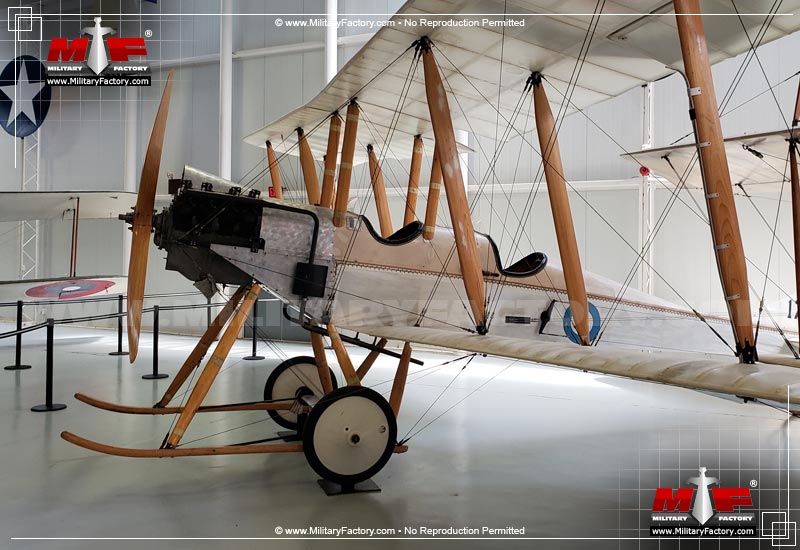 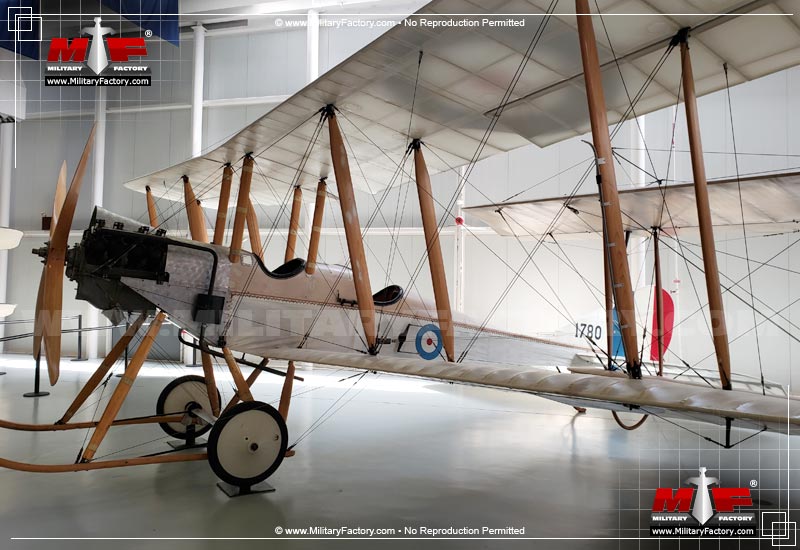 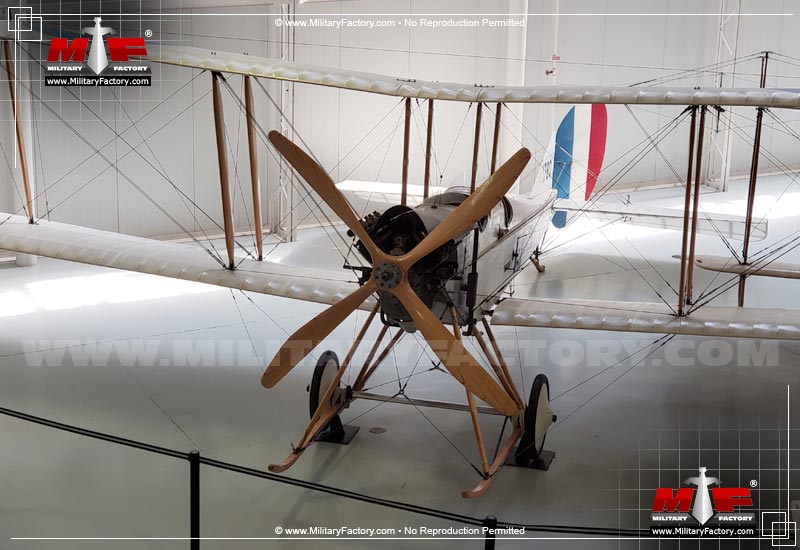 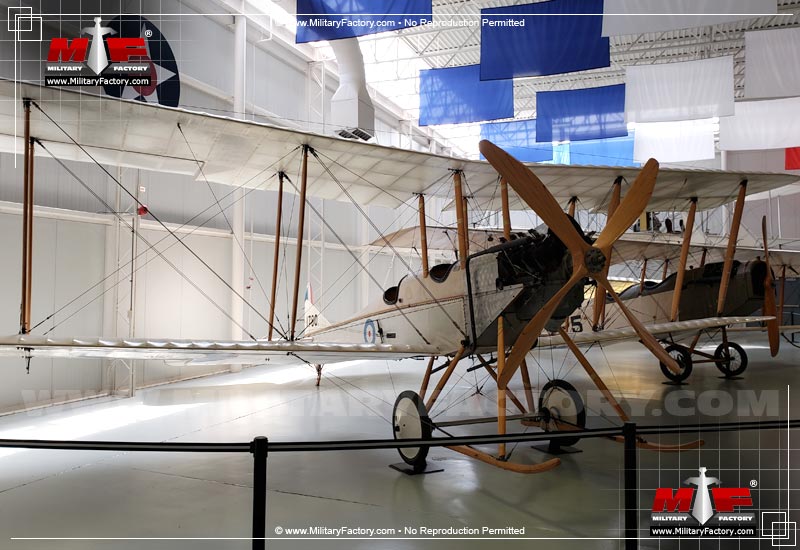 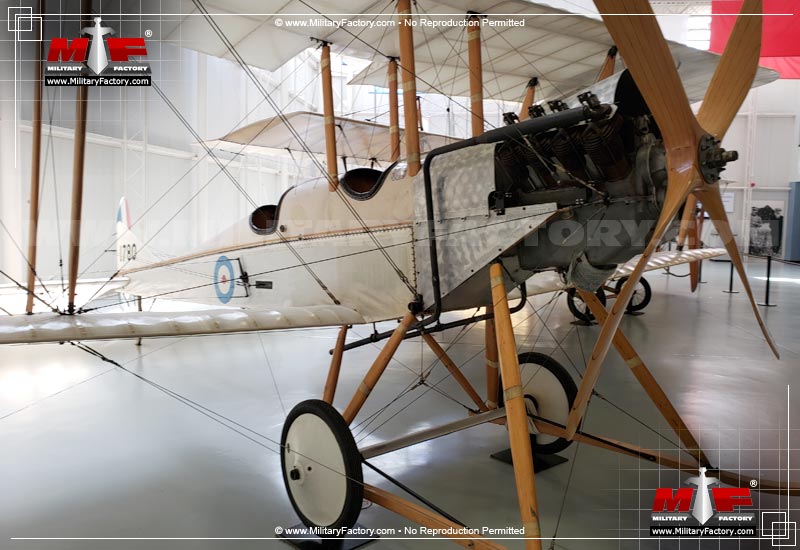 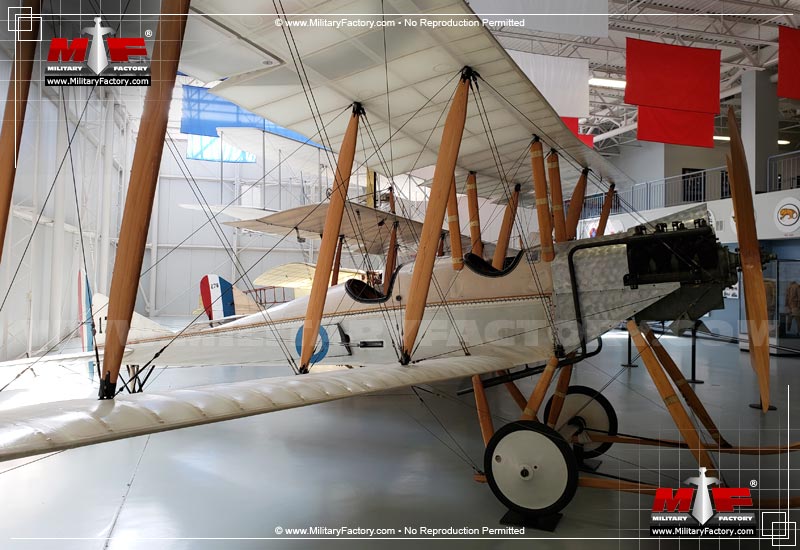 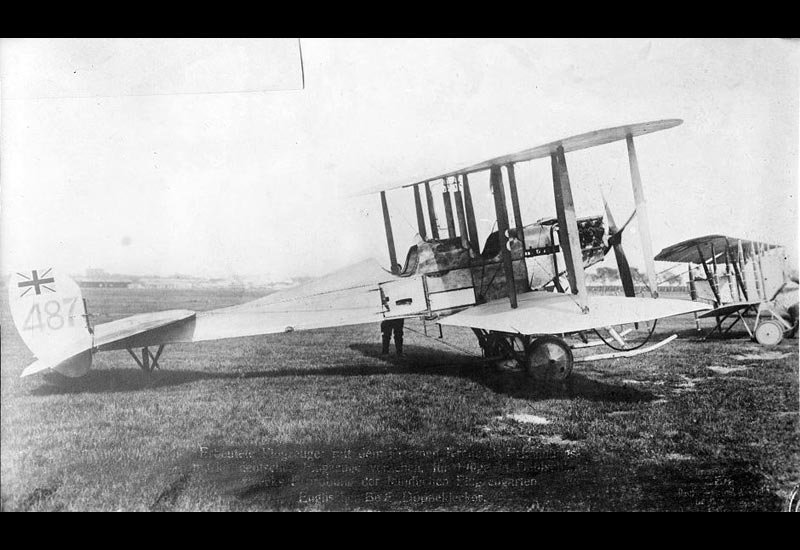