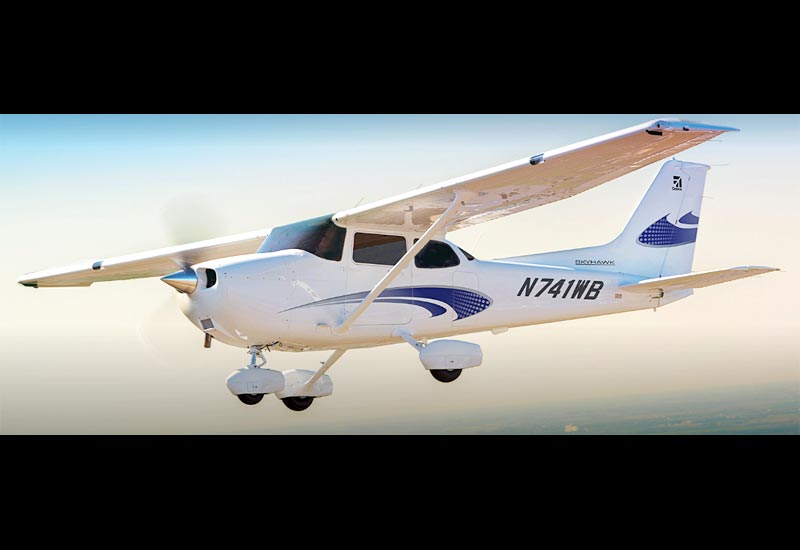 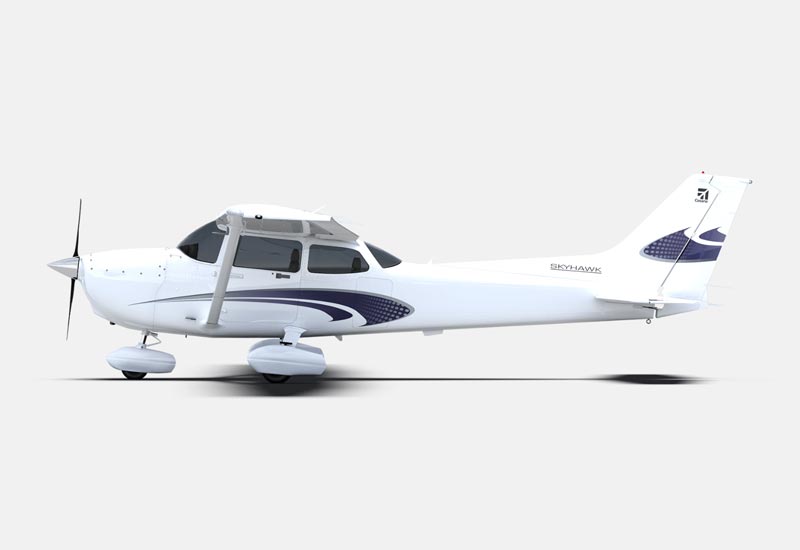 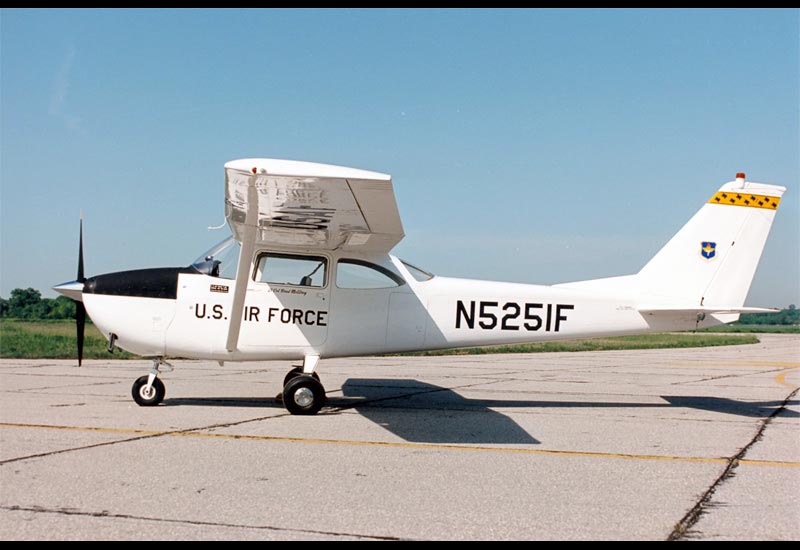 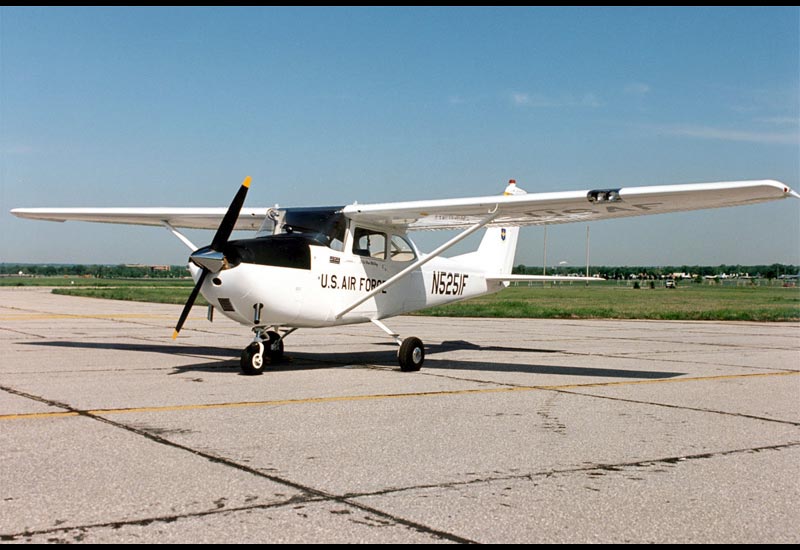 The Cessna 172 has proven a critical commercial success for the Cessna Aircraft Company to the tune of 44,000 units built since 1956.

Authored By: Staff Writer | Last Edited: 05/09/2019 | Content ©www.MilitaryFactory.com; the following text is exclusive to this site.
The Cessna Model 172 is the most successful light aircraft in history with 44,000 production units made since series introduction occurred in 1956 (and production continuing today - 2018). The Model 172 was developed from the earlier Model 170 which appeared in 1948 as a single-engine, shoulder-winged general aviation aircraft with fixed, "tail-dragging" undercarriage through 5,174 examples. The follow-on Model 172 found huge success in the general aviation market as well as the military sphere and, despite its Cold War-era introduction, continues to "fly high" even today (2018).

The Cessna 172 was drawn up as an improved version of the original Model 170. The series was first-flown in January of 1955 as the "Model 170C" and carried a Continental O-300-A engine driving a two-bladed propeller unit at the nose. The tailfin and elevators were both redesigned from the original and were given an increase to surface area for added stability and control. Further changes (following certification) of the C-model ultimately introduced the iconic fixed, wheeled tricycle undercarriage common to Model 172 aircraft today. Cabin seating allowed for four-to-five persons to be carried including the pilot. Forward positions numbered two (side-by-side) with the remaining three in the back (side-by-side-by-side). In this revised form, the aircraft was first-flown on June 12th, 1955 and was introduced for service as the "Model 172". The type proved immediately popular with thousands being manufactured in the first few years of availability alone.

Throughout the course of its operational service life, the Cessna 172 underwent an evolution that saw both minor and major revisions to the line - increasing gross weights, aerodynamic efficiency, performance, ergonomics and the like. Modifications allowed for floatplane /amphibious models to emerge and the type was also taken into military service by the USAF as a flight trainer through the T-41 "Mescalero" variant (detailed elsewhere on this site). The Model 172A of 1960 introduced the modern swept-back tail fin while the "Skyhawk" deluxe package was introduced in the Model 172B of late-1960. The Model 172I of 1968 was the first to switch over to the Lycoming O-320-E2D engine of 150 horsepower (thereby increasing some performance figures).

Various other military powers soon adopted the type in useful numbers for both land- and sea-based service to undertake a plethora of roles. The Model 172 has since evolved to much more modern forms today (2018) all the while retaining its versatility, reliability, and popularity - making it a sound choice for first-time student flyers and veteran general aviation buffs alike.

The Cessna 172 as a Record-Setter
In 1958, the Cessna 172 was used to set an endurance record in which the aircraft covered 64 days, 22 hours, 19 minutes and 5 seconds in a flight originating from, and ending at, McCarran Airfield in Las Vegas, Nevada. With some modifications in place as well as a very detailed flight plan, the aircraft with its crew of two were able to make the round-the-world journey in the light airplane. The flight went down in the history books and the record stands to this day.

Dimensions include an overall length of 27 feet, a wingspan measuring 36 feet, and a height of 8.10 feet.

(Showcased performance specifications pertain to the Cessna 172 production variant. Compare this aircraft entry against any other in our database. View aircraft by powerplant type)
None. 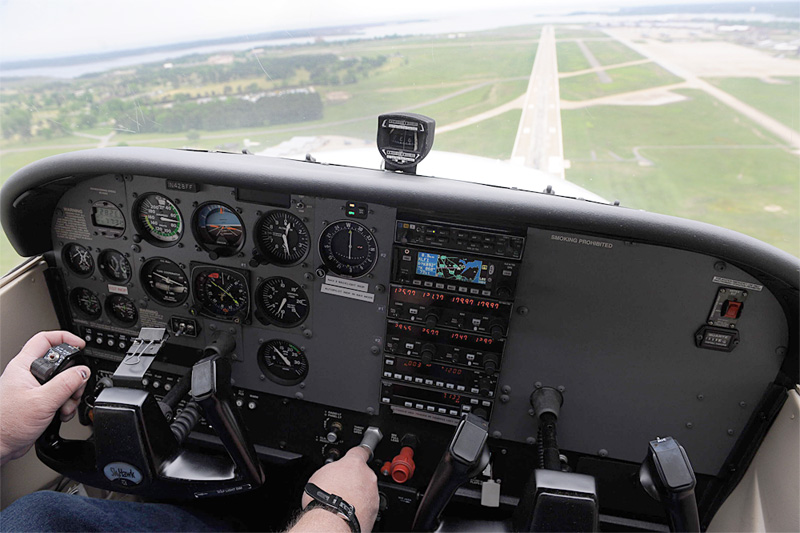 Values are derrived from a variety of categories related to the design, overall function, and historical influence of this aircraft in aviation history.
Overall Rating
The overall rating takes into account over 60 individual factors related to this aircraft entry. The rating is out of a possible 100 points.
74
Relative Maximum Speed
Hi: 200mph
Lo: 100mph
This entry's maximum listed speed (186mph).