Authored By: Staff Writer | Last Edited: 04/01/2020 | Content ©www.MilitaryFactory.com | The following text is exclusive to this site. 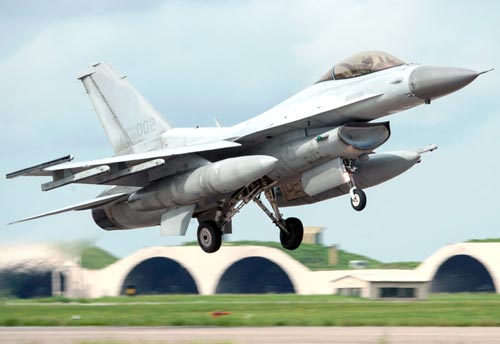 South Korea's close political ties with the United States allows for access to American military products such as the Lockheed (General Dynamics) F-16 Fighting Falcon. Beginning in 1991, Korean Aerospace Industries (KAI) began local, license production of the type under the "KF-16" designation. These aircraft were based on the F-16C/D Block 52 line to which 140 examples were completed. The first of a dozen airframes were handed over to the South Korean Air Force (ROKAF) in December of 1994 and these aircraft maintain an active presence in its inventory today (2013).

The arrival of the KF-16 began with the Korea Fighter Program (KFP) intended to provide the ROKAF with a modern multirole performer. Through competition, the McDonnell Douglas F/A-18 Hornet was initially declared the winner until allegations of corruption during the selection process nixed the deal. The decision was then made to pursue the General Dynamics F-16 Fighting Falcon in its place as a dimensionally smaller and lighter single engine alternative.

While looking every bit the copy of her American sisters, the KF-16 in fact introduces thousands of new internal components to fulfill ROKAF requirements. KF-16s are outfitted with the Pratt & Whitney F100-PW-229 IPE (Improved Performance Engine) series turbofan engine, an APG-68(V)7 radar suite, an ALQ-200K radar jamming system by LIG Nex1 and LANTIRN (Low-Altitude Navigation and Targeting Infrared for Night). The type was cleared for the Advanced Medium-Range Air-to-Air Missile (AMRAAM) to give it a medium-ranged reach apart from its wingtip-mounted short-ranged AIM-9 Sidewinders. The aircraft was also given provision for maritime sorties and could be outfitted with anti-ship missiles as required. In January of 2011, the series cleared Joint Direct Attack Munition (JDAM) testing to further broaden the airframe's tactical value in combat. JDAM allows for the conversion of conventional drop bombs (known as "dumb" bombs) to precision-guided munitions value utilizing Global Positioning System (GPS) in its freefall. The KF-16 maintains the same external appearance of original F-16s with their beak-like nose cones, all-around vision bubble canopy, squat rounded fuselage, swept leading wing edges and single vertical tail fins. The aircraft showcases the iconic under-fuselage air intake which aspirates the single powerplant. The selection of a single engine decreases maintenance commitments and operational costs to an extent. Beyond its wingtip mounts, the aircraft features seven hardpoints consisting of six underwing (three to a wing) and three under the fuselage. The centerline and inboard underwing hardpoints are plumbed for fuel stores if required. A standard 20mm M61 Vulcan six-barreled Gatling gun is fitted to the portside of the airframe as in the F-16.

Beginning in 2011, the KF-16 was granted a mid-life upgrade which, when completed, will bring the series to an updated standard worthy of the modern battlefield. Primary changes will include integration of an AESA (Active Electronically Scanned Array) radar suite. The weapons and avionics software will see a revision as well which will broaden armament options and improve intra-unit communications.

January 2014 - A deal between BAe Systems and South Korea was announced to upgrade some 134 KF-16 fighters. This will include installation new Raytheon Active, Electronically-Scanned Array (AESA) radar systems, all new cockpit display panels and new mission computers. The program is expected to begin sometime in 2014 and take place near Fort Worth, Texas.

November 2014 - The South Korean government cancelled its initiative to upgrade its fleet of 134 KF-16s with the Raytheon package. A new proposal is underway to fit a Northrop Grumman APG-83 AESA system through Lockheed Martin.

November 2016 - South Korea has green-lighted an upgrade program covering 134 KF-16 aircraft to the F-16V "Viper" standard. Lockheed is set to handle the conversions.

March 2020 - The United States has approved the sale of IFF (Identification Friend-or-Foe) equipment for the South Korean Air Force.

South Korea
(OPERATORS list includes past, present, and future operators when applicable)
✓ Air-to-Air Combat, Fighter
General ability to actively engage other aircraft of similar form and function, typically through guns, missiles, and/or aerial rockets. ✓ Interception
Ability to intercept inbound aerial threats by way of high-performance, typically speed and rate-of-climb. ✓ Ground Attack (Bombing, Strafing)
Ability to conduct aerial bombing of ground targets by way of (but not limited to) guns, bombs, missiles, rockets, and the like.

(Showcased performance specifications pertain to the base KAI KF-16 Fighting Falcon production variant. Performance specifications showcased above are subject to environmental factors as well as aircraft configuration. Estimates are made when Real Data not available. Compare this aircraft entry against any other in our database or View aircraft by powerplant type)
STANDARD:
1 x 20mm M61 Vulcan six-barreled internal cannon.
2 x AIM-9 Sidewinder short-ranged air-to-air missiles (or equivalent) on wingtip hardpoints.

(Not all ordnance types may be represented in the showcase above)
Hardpoint Mountings: 9 (including wingtip mounts)

General Assessment
Firepower
Performance
Survivability
Versatility
Impact
Values are derrived from a variety of categories related to the design, overall function, and historical influence of this aircraft in aviation history.
Overall Rating
The overall rating takes into account over 60 individual factors related to this aircraft entry.
78
Rating is out of a possible 100 points.
Relative Maximum Speed
Hi: 1000mph
Lo: 500mph
This entry's maximum listed speed (870mph). 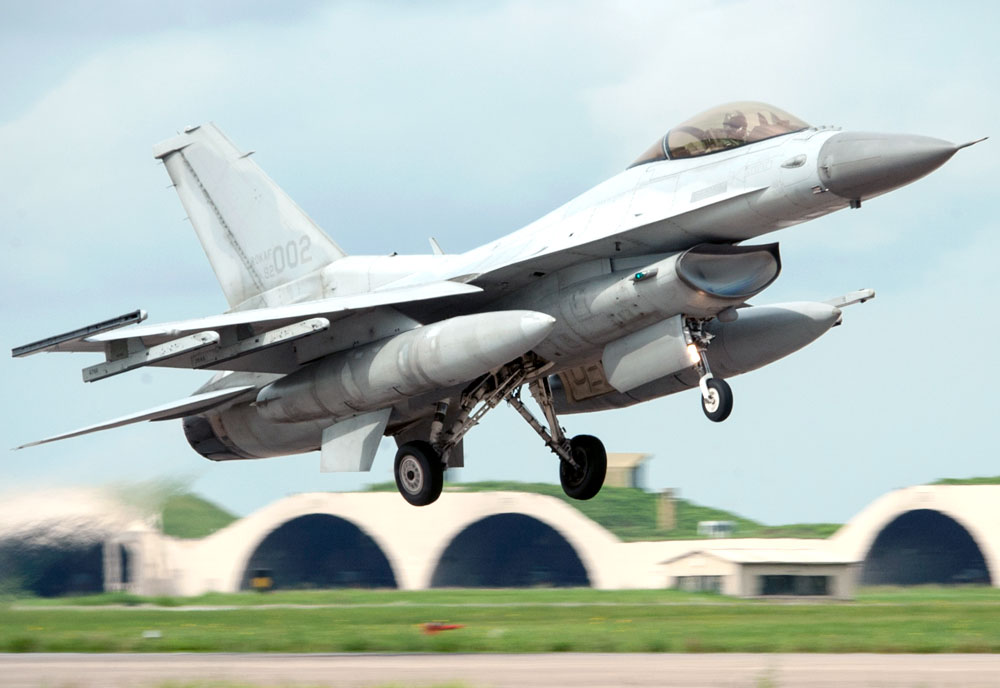 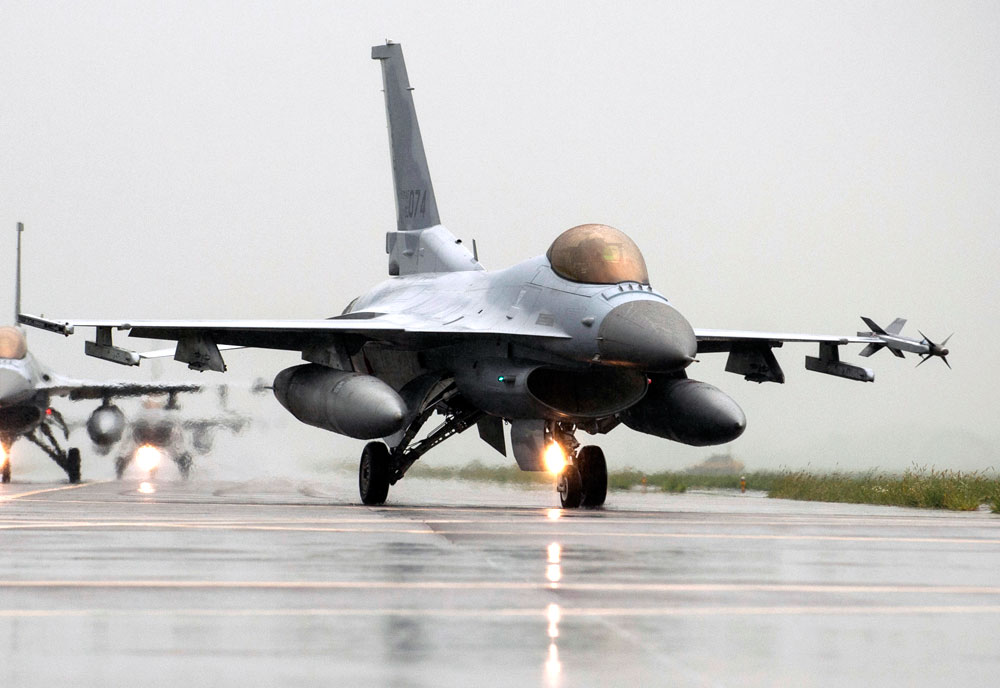 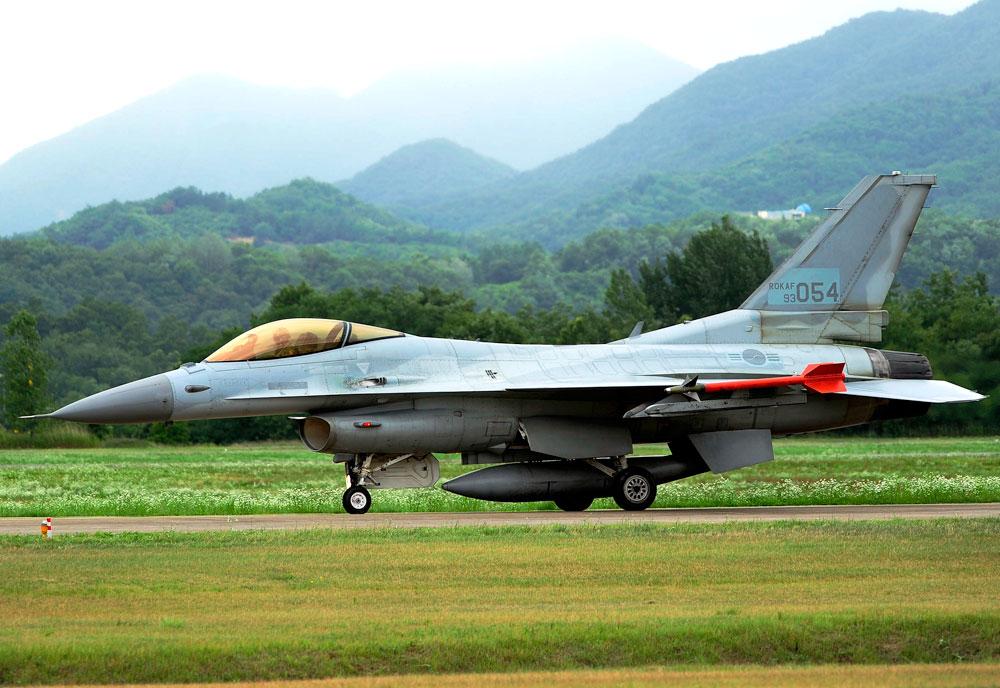 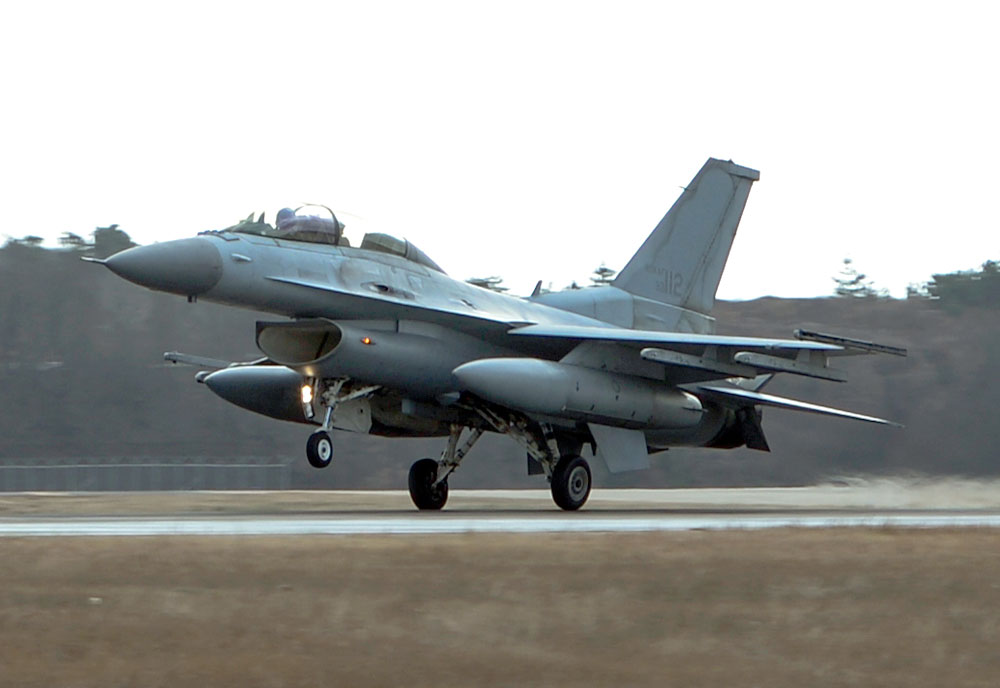 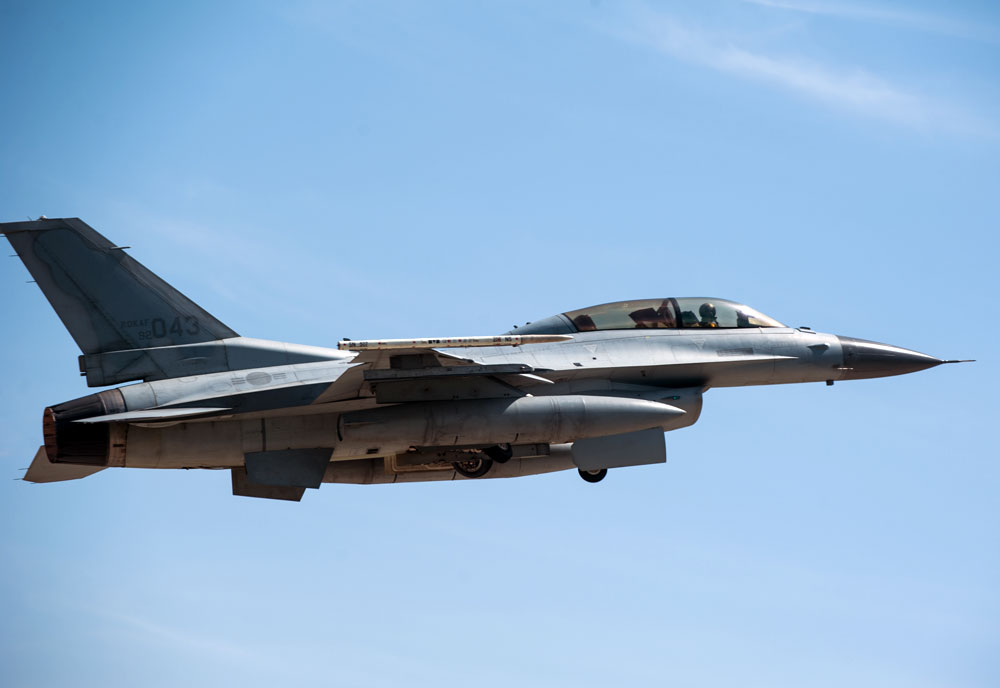 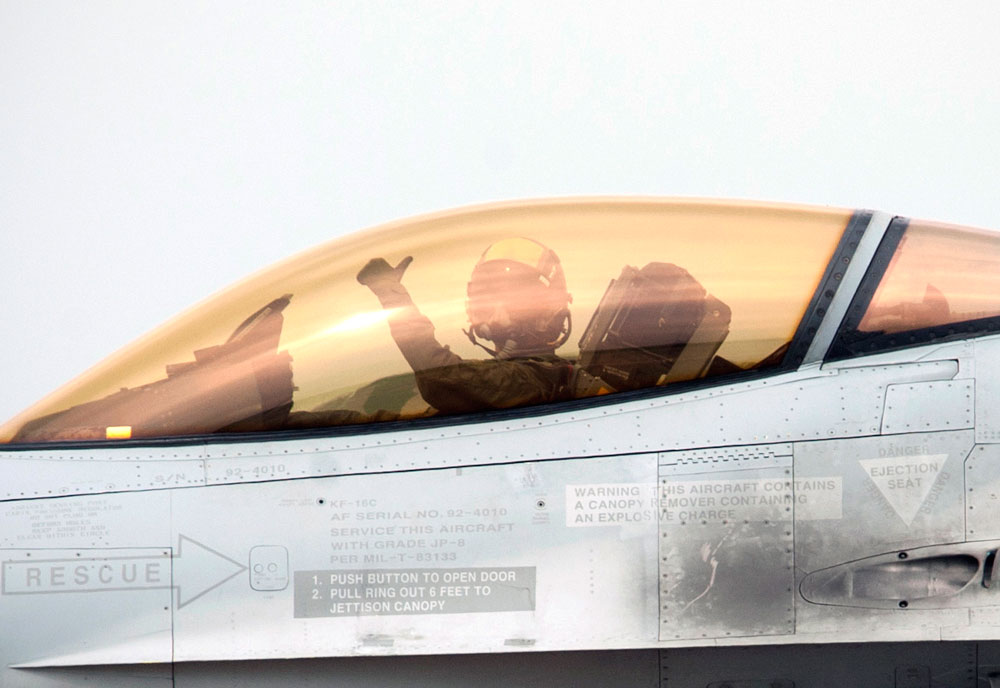 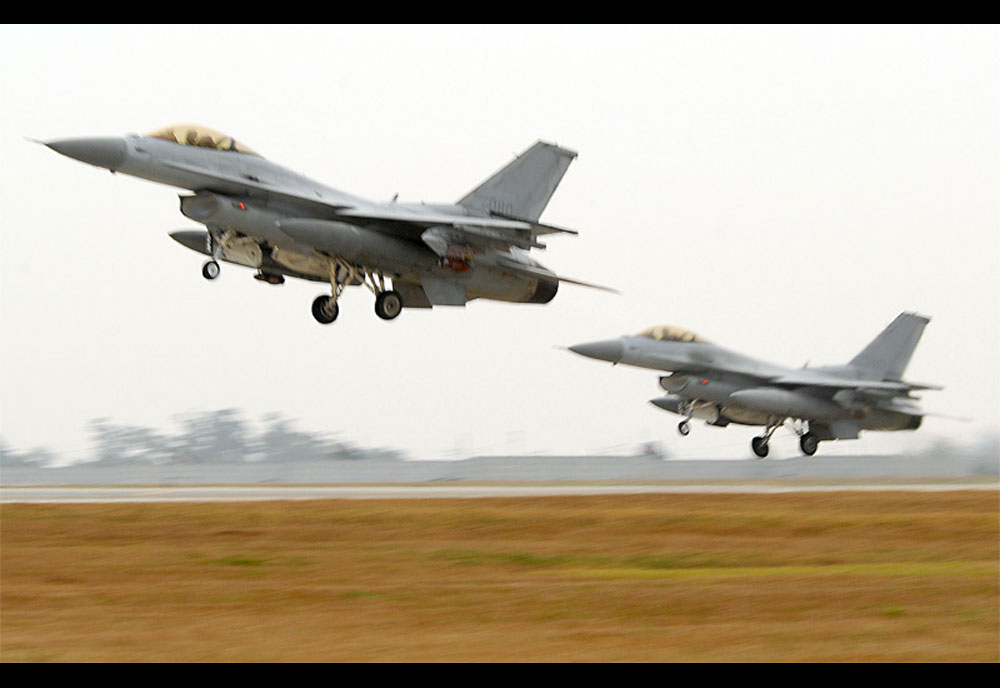