The twin-engined Dornier Do 335 Arrow would have made for one outstanding Luftwaffe fighter and interceptor had it been ready before the end of World War 2. 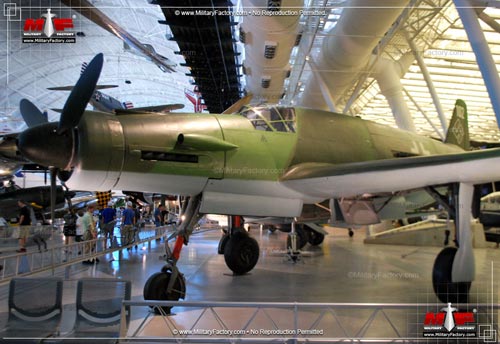 The Dornier Do 335 Pfeil (or "Arrow") was one of the more interesting examples of a twin prop-driven heavy fighter design seen during World War 2 (1939-1945). The aircraft was developed towards the end of the conflict and promised exceptional performance from its unique inline twin-engine arrangement - which sat one engine in the nose in the usual way (as a "puller" mounting) and the second engine in a compartment at the rear of the fuselage (as a "pusher" mounting). In this fashion, the streamlined, rounded fuselage could benefit from the output power of two engines without the inherent drag seen in wartime designs like the Lockheed P-38 Lightning of the Americans and the de Havilland DH.98 Mosquito of the British. The Do 335 was designed (and patented) by one Doctor Claudius Dornier as early as 1937. A low-wing monoplane planform was chosen that featured straight wing mainplane appendages. The inline twin-engine arrangement was intended to do away with thrust design flaws encountered by single engine fighters in the same class.

The aircraft was piloted by a sole person sitting under a glazed canopy which offered restricted vision due to heavy framing, the long nose assembly forward and the raised fuselage spine aft. A rather modern retractable tricycle landing gear was reinforced to accommodate the weight of the two engines and airframe. The landing gear arrangement also made the aircraft sit rather high when at rest but this was done to accommodate the clearance of the large-diameter propeller systems - primarily the rear one during take-off when the aircraft tipped rearwards. The powerplants in play were 2 x Daimler-Benz DB603 liquid-cooled 12-cylinder inverted in-line engines. The empennage was capped by a cruciform tail wing arrangement mounted forward of the rear engine propeller. Standard armament was 1 x 30mm MG 103 cannon and 2 x 15mm MG 151 cannons and an optional external load of cannon pods, bombs or drop tanks could be fitted as needed.

During its trial run the Do 335 recorded speeds upwards of 470 miles per hour with both engines running and a respectable 350 miles per hour when powered by only one. Its rate-of-climb was approximately 1,750 feet per minute.

The Do 335 project was led by the Goppingen Go 9 research aircraft of 1939, the aircraft later put through trials and accepted as a Do P.231 type high-speed bomber. Though development was nearing its final stages, the entire project came to naught until later resurrected as a high-speed interceptor when the need arose for such a platform to serve the beleaguered Luftwaffe under constant attack from Allied bombers. The initial Do 335 was prototyped in no fewer than fourteen examples before late 1943 and ten preproduction Do 335A-0 aircraft followed in 1944. The D0 335A-1 marked eleven production-quality aircraft that followed but never fielded due to the end of the war in Europe during May of 1945. More specifically, the endeavor ended with the arrival of U.S. Army elements at the Oberpfaffenhofen factory of the Do 335 in April. The United States took on two surviving Do 335's at the end of the war and these were reviewed and tested at length.

While the aircraft never saw notable combat service, it featured some interesting design elements and solutions. Because of its two-engine arrangement, the exit process for the pilot was complicated by the rear-mounted engine. For ejecting from the Do 335 aircraft, the process was reworked to jettison both the tail fin and rear propeller via controlled explosives within the rear of the fuselage. This would give the pilot the needed safety to roll off of his aircraft with parachute in tow without concern for any protrusions endangering his exit from the falling fighter.

There were several additional variants planned for the Do 335 airframe that included a twin-seat Do 335A-2 trainer but only two of these designs were ever completed. Additional models proposed were a two-seat night-fighter (Do 435), a long-range reconnaissance model (Do 635) and a fighter model with turbojet propulsion in place of the piston engines (Do 535).

The Do 335 would have proven quite the adversary had it flown in the numbers required (delays in receiving the Daimler-Benz engines hurt the program considerably). The dual-engine layout offered up a top speed to best even that of the famous North American P-51 Mustang by a considerable margin. Couple this quality with the concentrated firepower of large-caliber cannons and the Do 335 had very little to stand in its way besides the age of the jet fighter itself. For the one Allied claim of encountering an airborne Do 335 during the war, the French-piloted Hawker Tempest aircraft was not even able to achieve an effective engagement range to fire its guns upon the fleeing Do 335 - such was its performance.

Indeed, the Do 335 is regarded as the fastest German propeller-driven aircraft of the entire war.
Advertisements

(Showcased performance specifications pertain to the Dornier Do 335 A-0 Pfeil (Arrow) production variant. Compare this aircraft entry against any other in our database or View aircraft by powerplant type)
STANDARD:
1 x 30mm MG 103 automatic cannon firing through the propeller hub.
2 x 15mm MG 151 automatic cannons in upper engine cowling.

OPTIONAL:
Total of 2,200 lb conventional drop bombs or air-to-surface rockets at two underwing hardpoints (one to a wing member) and internal bomb bay. 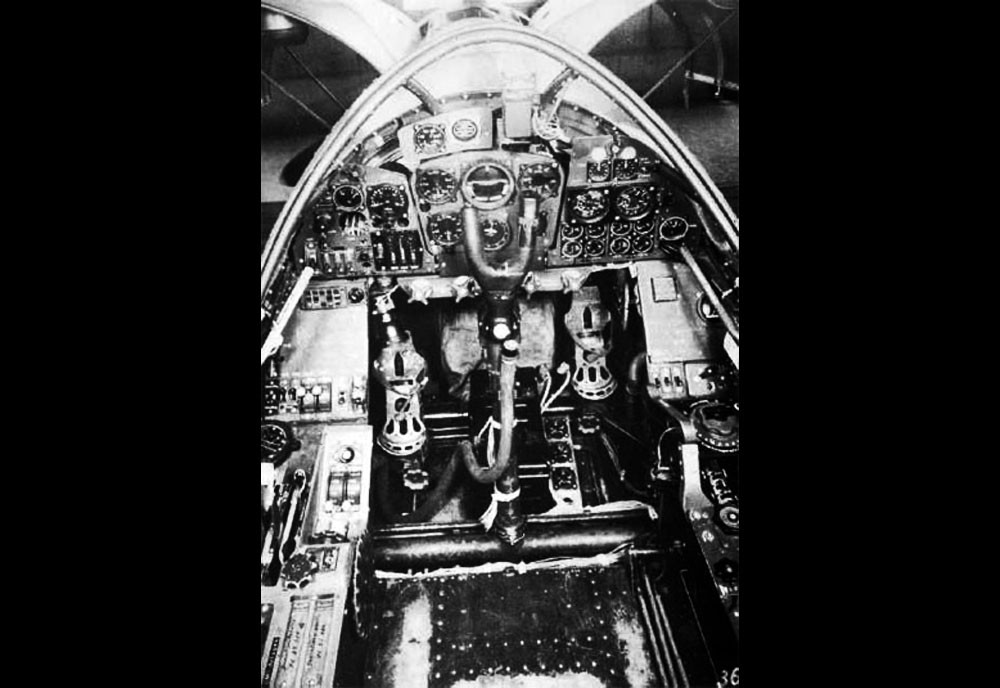 General Assessment
Firepower
Performance
Survivability
Versatility
Impact
Values are derrived from a variety of categories related to the design, overall function, and historical influence of this aircraft in aviation history.
Overall Rating
The overall rating takes into account over 60 individual factors related to this aircraft entry.
78
Rating is out of a possible 100 points.
Relative Maximum Speed
Hi: 500mph
Lo: 250mph
This entry's maximum listed speed (477mph). 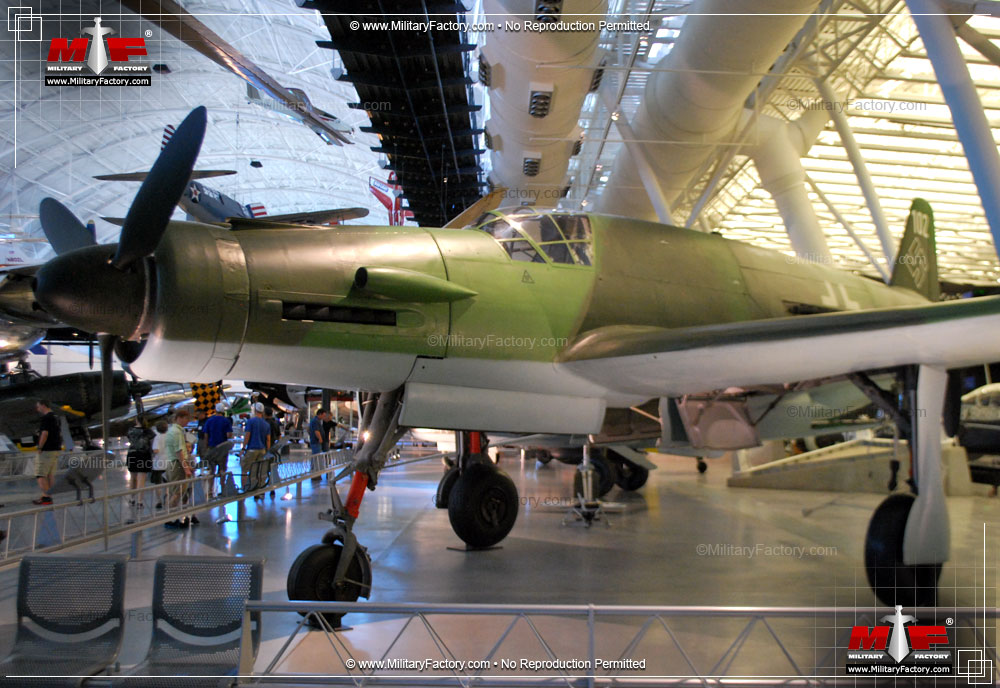 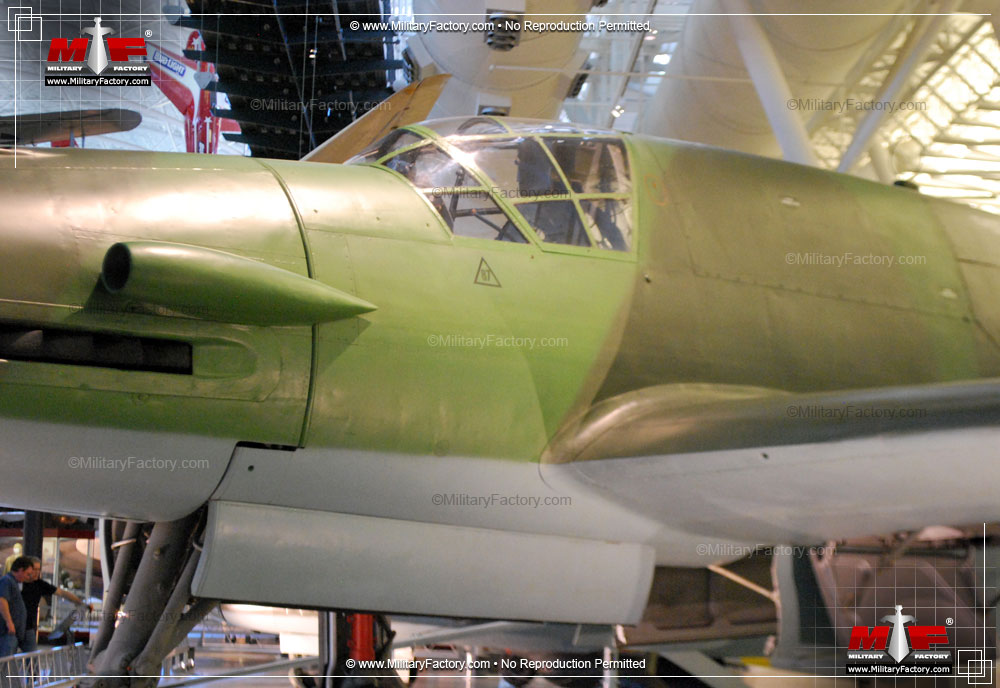 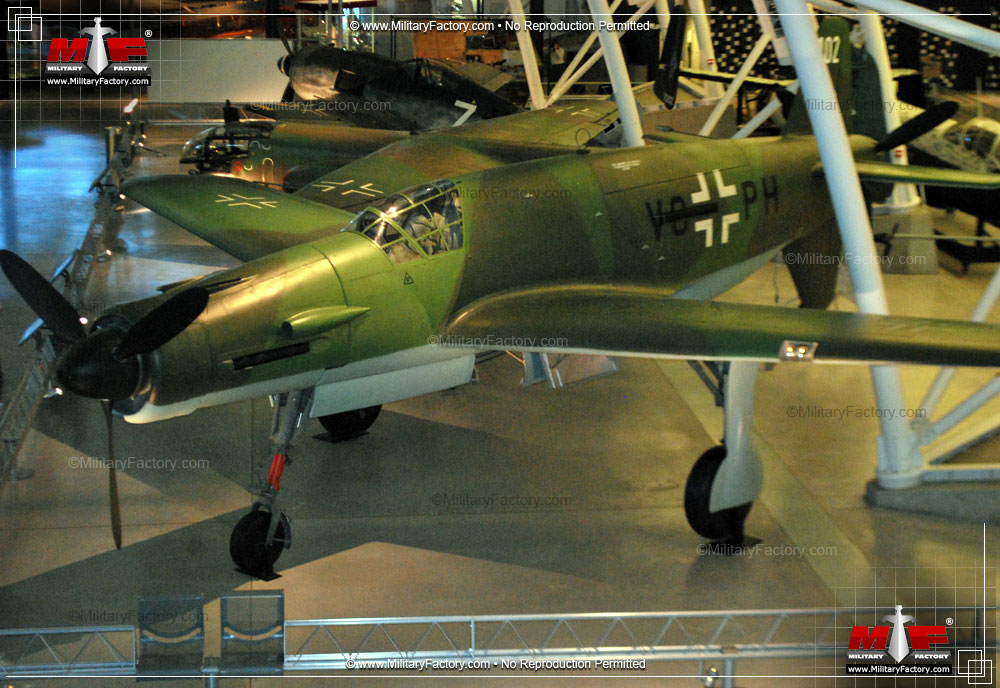 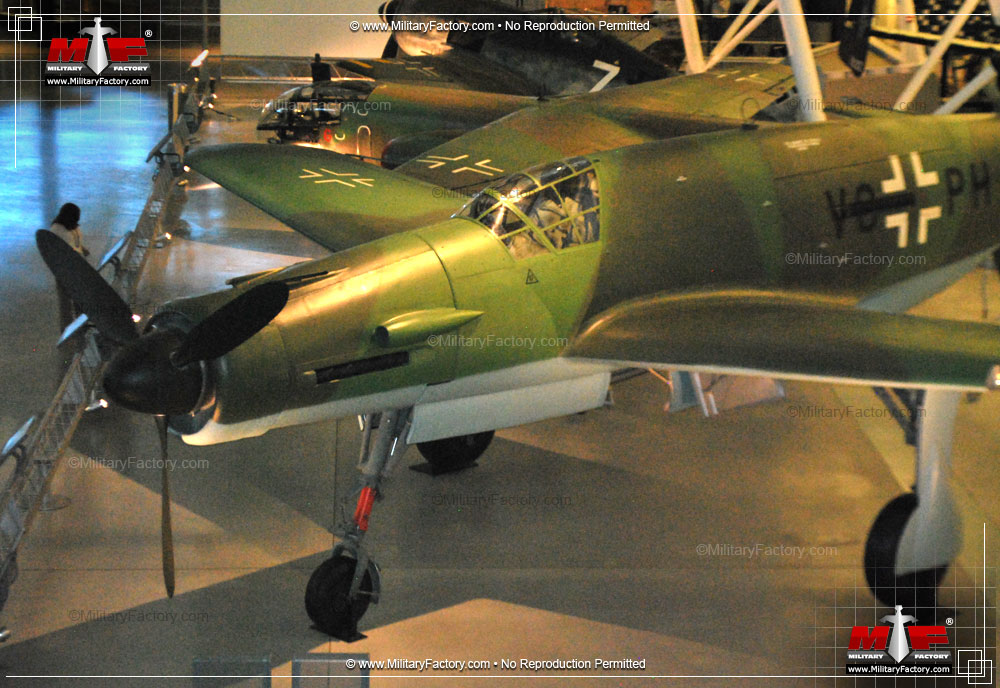 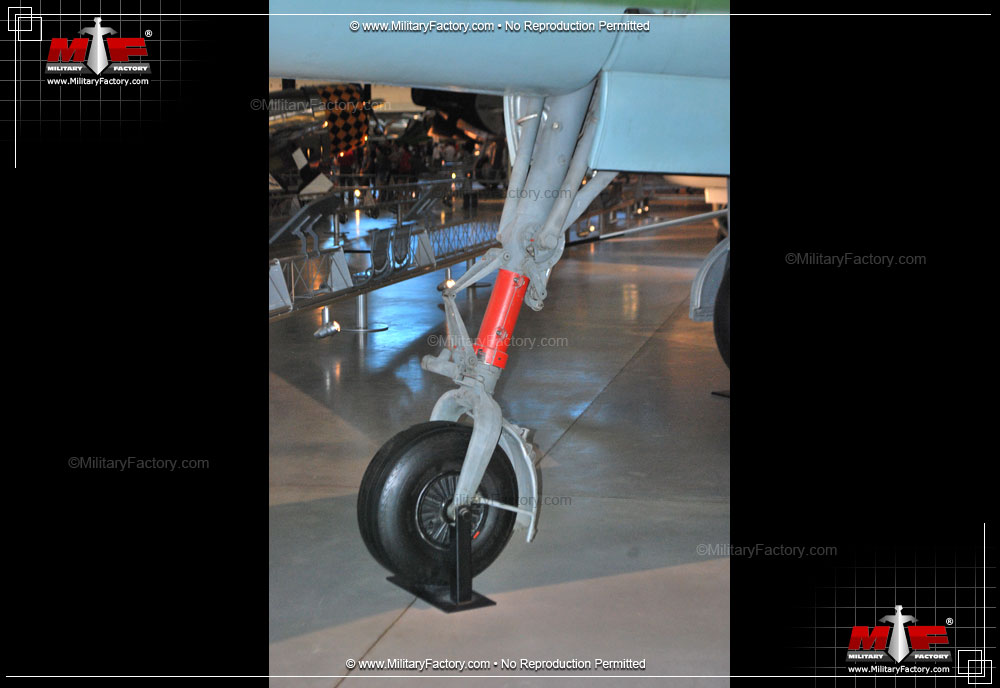 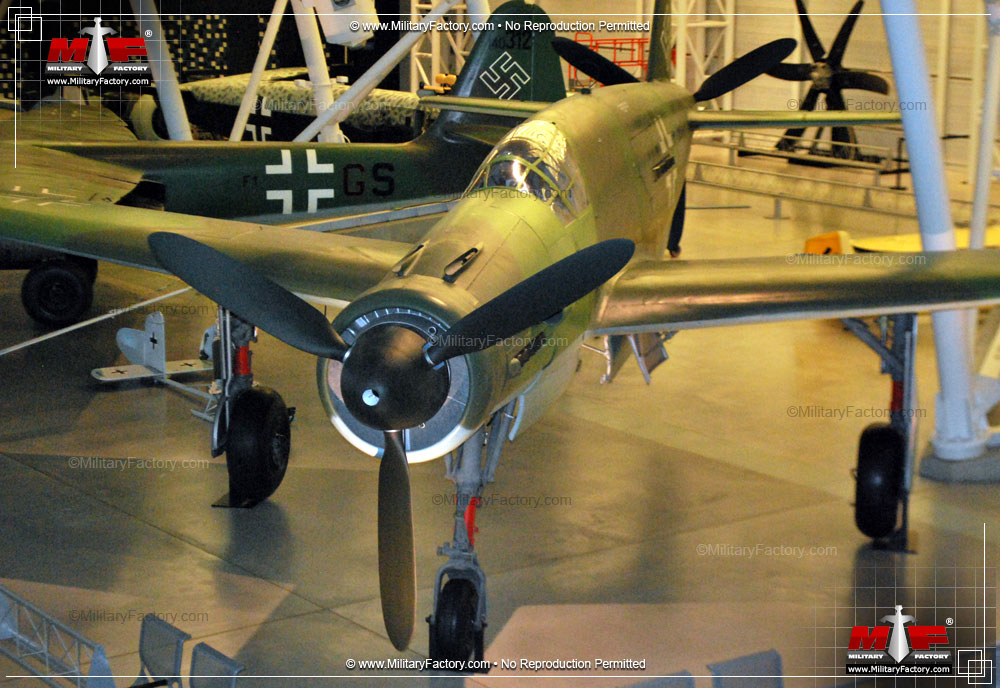 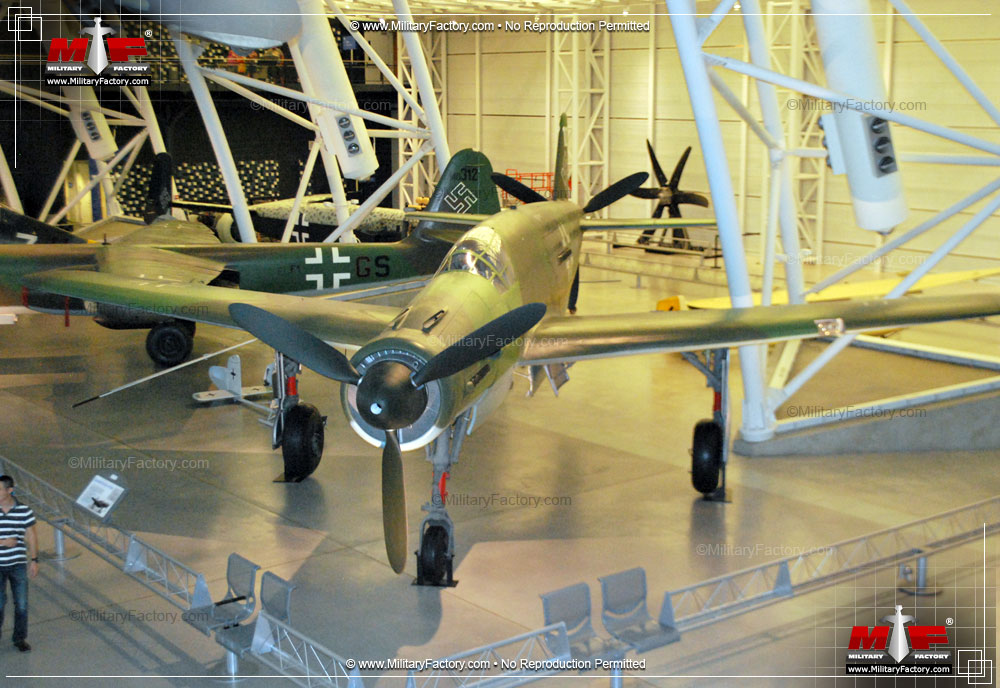 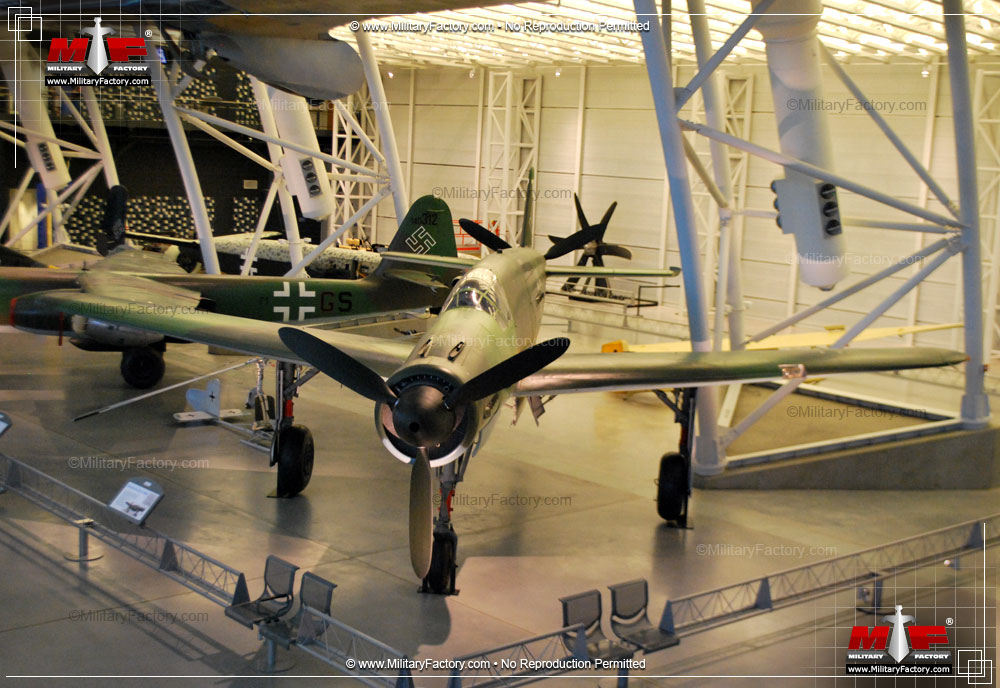 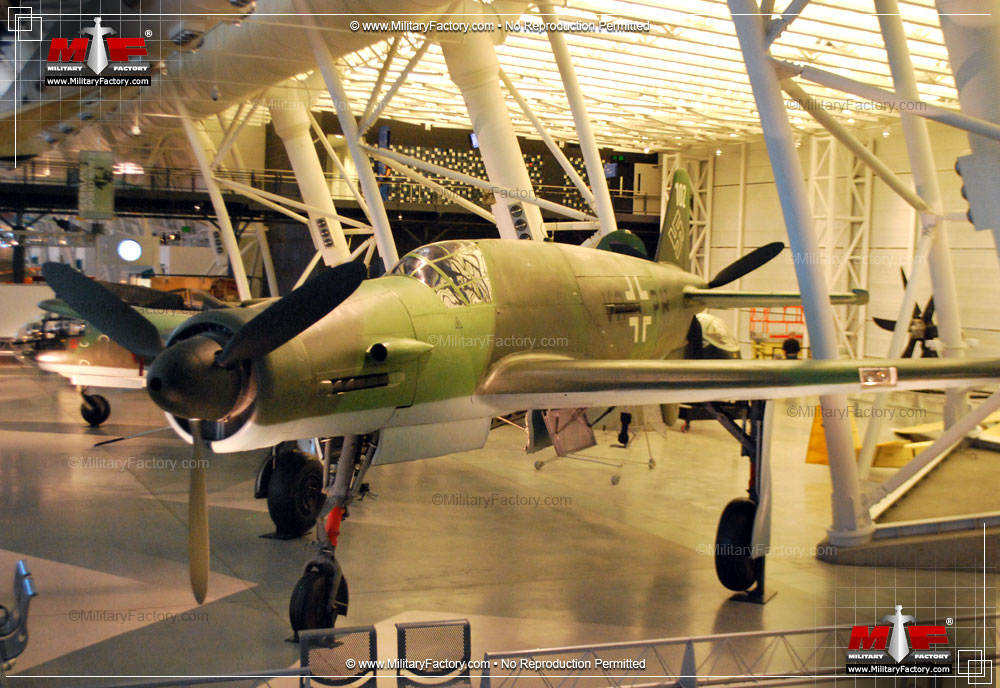 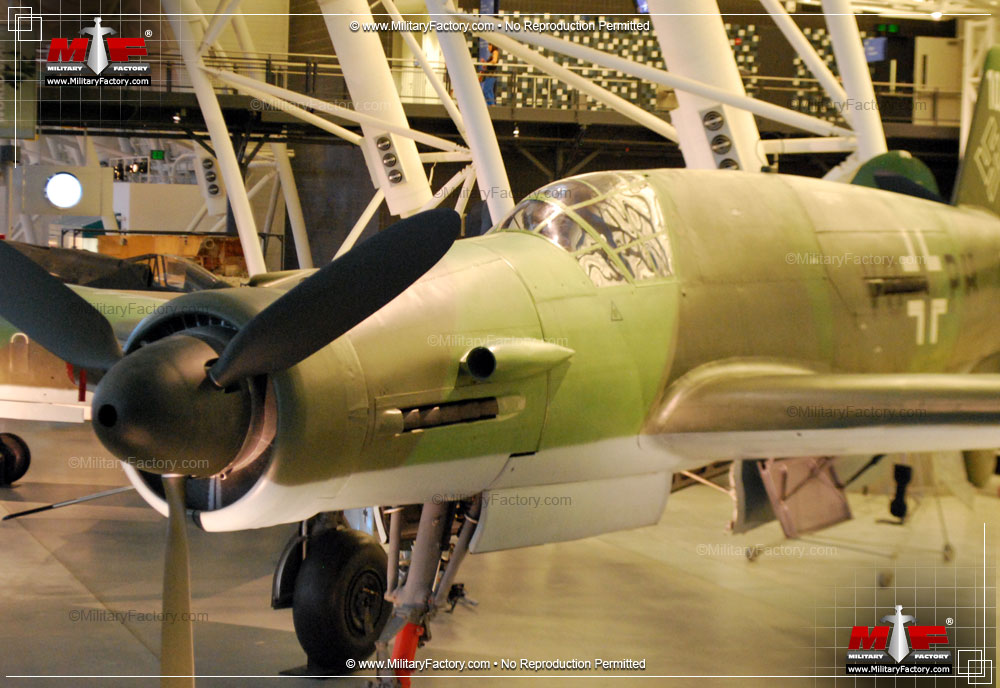 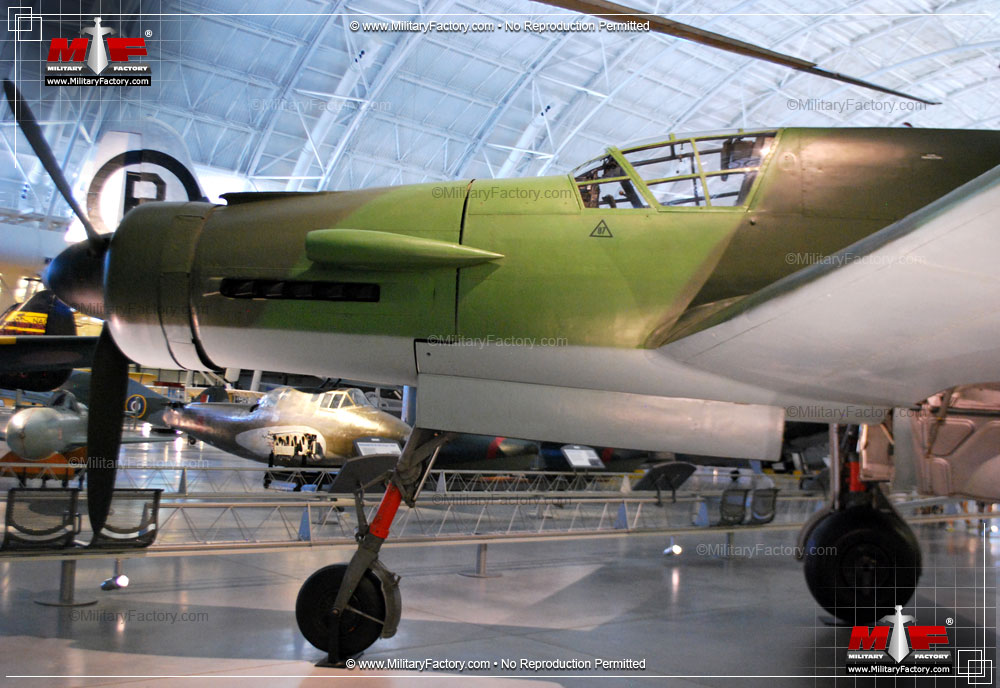 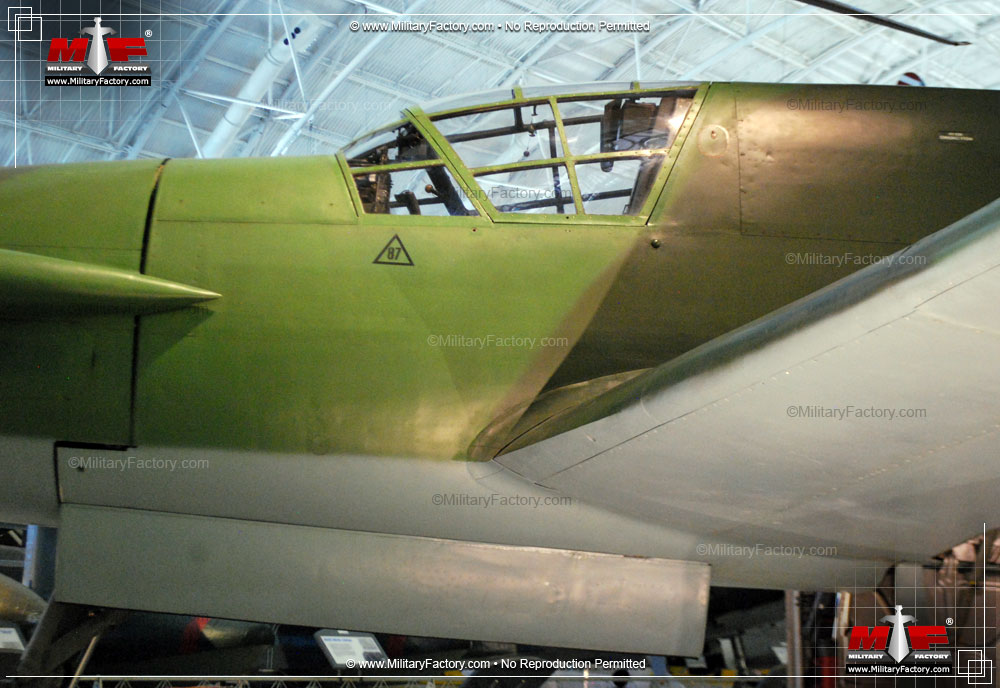 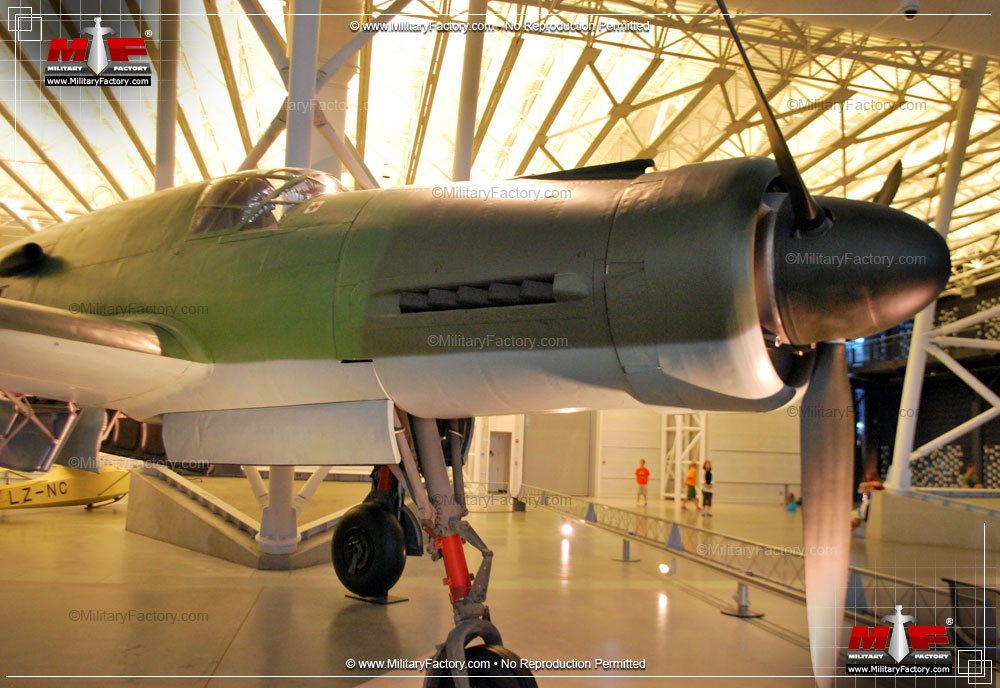 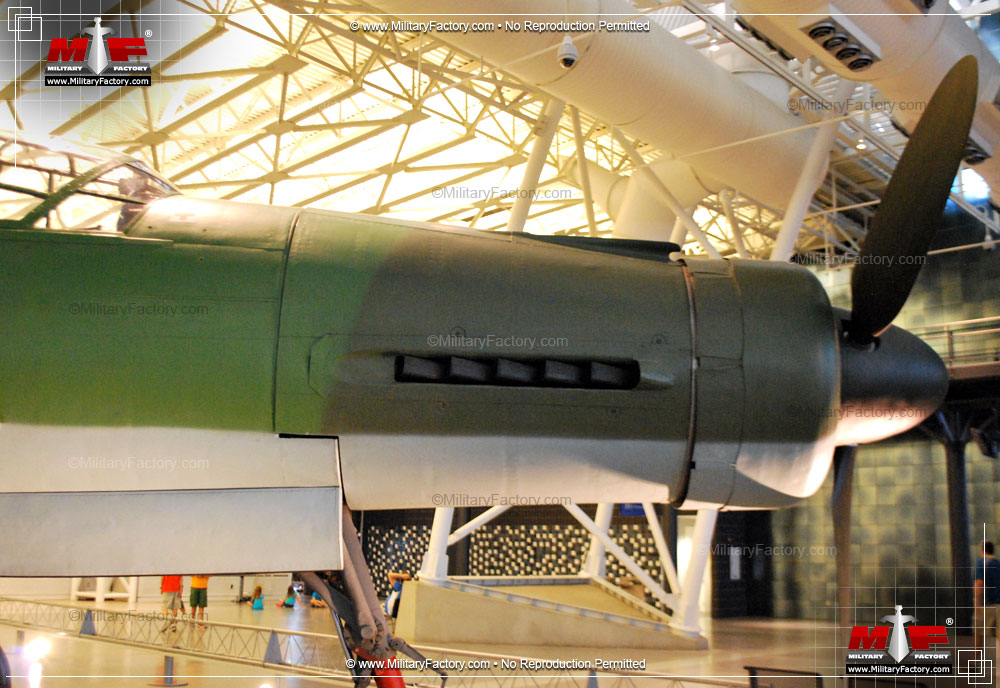 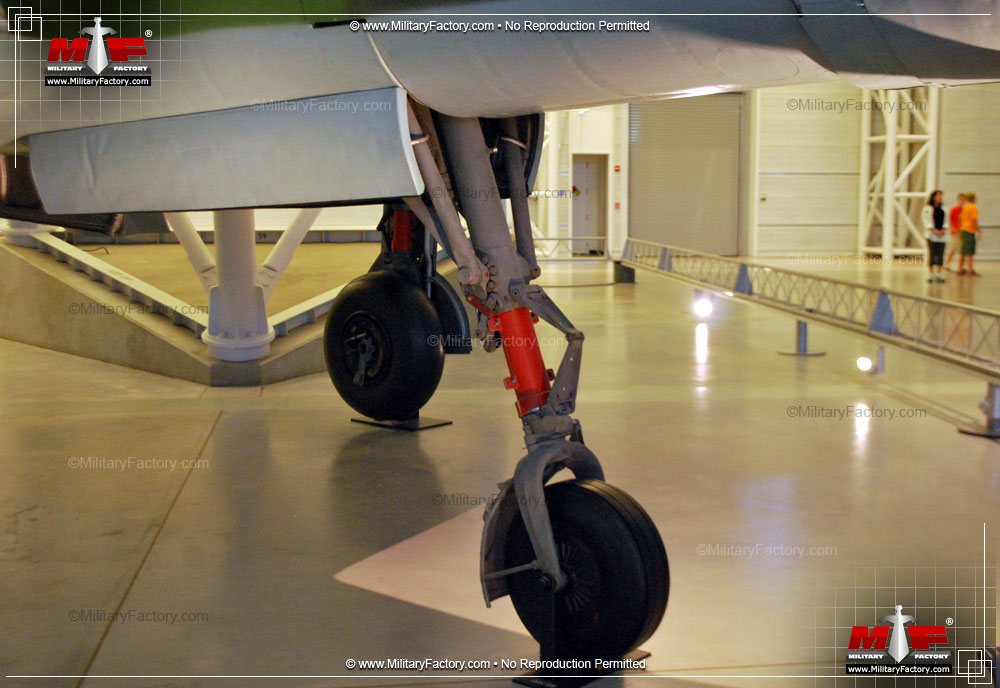