Authored By: Staff Writer | Last Edited: 04/13/2022 | Content ©www.MilitaryFactory.com | The following text is exclusive to this site. 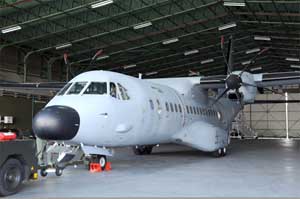 In 1988, a joint Spanish-Indonesian endeavor introduced the high-winged CN-235, propeller-driven tactical transport aircraft and 273 were eventually built under the CASA/IPTN brand label. An new initiative then saw the twin-turboprop system revised into the C-295 with a lengthened fuselage (six whole frames added, three forward and three aft) which has increased internal hauling capacity by 50%. To contend with the added weight gains, new Pratt & Whitney PW127G series turboprops have been installed, the wings reinforced, and the undercarriage strengthened. Additional fuel stores have also been added to increase operational ranges. The cockpit uses four LCDs (Liquid-Crystal Displays) and supports NVG (Night Vision Gear), and HUDs (Head-Up Displays). The C-295 began development in November of 1996 and was unveiled during the Paris Air Show the following year with introduction in 2001 through the Spanish Air Force. The aircraft remains in active service with over a dozen air forces the world over. A prototype first flew on November 28th, 1997 to prove the design sound and production has been ongoing since 1997 with over 100 units delivered.

The C-295 is crewed by two pilots and adds mission specialists depending on cargo haul and mission role. The internal hold has a capacity for up to 71 combat-ready troops or a 20,400lb cargo payload. Dimensions of the aircraft include a length of 80.2 feet, a wingspan of 84.7 feet, and a height of 28.2 feet. Maximum Take-Off Weight (MTOW) is listed at 51,145lbs. Power is through 2 x Pratt & Whitney PW127G turboprop engines developing 2,645 horsepower each while driving six-bladed propellers. Performance includes a maximum speed of 360 miles per hour, cruising speed of 300 miles per hour, ferry range of 3,300 miles, and service ceiling of 30,000 feet. The high-wing design approach allows for good lifting properties and stability in low-level flight. The fuselage is noticeably tubular with the flight deck mounted over the short nose providing good views out-of-the-cockpit. The tail is raised to provide clearer access to the rear cargo ramp found under the tail. The tail unit incorporates a single vertical tail fin and low-mounted horizontal planes. The undercarriage is wholly retractable with the main legs set under a bulged section of the fuselage.

Variants include the base military model as the C-295M. Locally-produced Indonesian marks are the NC-295 and CN-295. A maritime patrol variant exists as the C-295 MPA "Persuader" and features six hardpoints for the anti-submarine role. The model may be acquired by the British and is already in service with the Chilean Navy with another deal to an unnamed NATO member in the works. Another version is outfitted with Israeli AESA radar for the Airborne Early Warning and Control (AEW&C = "AWACs") role and remains in prototype form - unveiled at Royal International Air Tattoo in 2011 with its radome mounted over the aft fuselage. The C-295W sports winglets at the mainplane wingtips and uprated engine installation. This mark is still in final development.©MilitaryFactory.com
Note: The above text is EXCLUSIVE to the site www.MilitaryFactory.com. It is the product of many hours of research and work made possible with the help of contributors, veterans, insiders, and topic specialists. If you happen upon this text anywhere else on the internet or in print, please let us know at MilitaryFactory AT gmail DOT com so that we may take appropriate action against the offender / offending site and continue to protect this original work.

January 2017 - Canada has committed to sixteen C-295W aircraft for its Search And Rescue (SAR) needs.

July 2019 - The initial C-295 destined for the Royal Canadian Air Force's "Fixed Wing Search and Rescue Aircraft Replacement" (FWSAR) program has completed its first-flight on July 4th, 2019 out of Seville, Spain. Sixteen airframes are covered through a contract signed by the Canadian government in 2016. The model will be used to succeed an aging fleet of de Havilland Canada CC-155 "Buffalo" and Lockheed CC-130H "Hercules" aircraft in same role.

October 2019 - Canadian C-295 tactical transports are being readied for formal delivery to the Royal Canadian Air Force service. Deliveries are expected to begin before year's end.

November 2019 - The Philippines has taken delivery of its fourth C295 tactical transport aircraft.

September 2020 - Canada has received its first C-295 (designated CC-295) equipped for the Search & Rescue (SAR) role. Arrival was reported on September 27th, 2020 at Base Comox in British Columbia. Sixteen examples will be procured for the Royal Canadian Air Force (RCAF) to succeed an aging line of CC-130H Hercules and CC-115 Buffalo airframes in same role.

June 2021 - A C295 has been flown modified for the Intelligence-Surveillance-Reconnaissance (ISR) role. The aircraft has been modified to support a broad range of guided weapons.

September 2021 - The Indian government has committed to the procurement of 56 C-295 tactical transports in a $2.5 billion USD deal. The type will be used to succeed an aging line of Hawker Siddeley HS.748 "Avro" aircraft in same role.

October 2021 - Serbia has announced its intention to procure a pair of CN295 tactical transports.

March 2022 - Serbia has signed a deal to replace its aging fleet of Soviet-era An-26 tactical transports with CN295 types. Deliveries are expected to begin late 2023.

April 2022 - The National Institute for Aerospace Technology (INTA) of Spain has ordered a flying laboratory variant of the C-295 tactical transport.

April 2022 - The Philippines has accepted its fifth (of seven total) CN295 airframe along with a pair of TAI T129 ATAK attack helicopters.

(Showcased performance specifications pertain to the Airbus Military C-295 production variant. Performance specifications showcased above are subject to environmental factors as well as aircraft configuration. Estimates are made when Real Data not available. Compare this aircraft entry against any other in our database or View aircraft by powerplant type)
Maritime variant can be outfitted with various anti-ship / air-to-surface missiles, precision-guided weapons, and anti-submarine torpedoes across six external hardpoints. 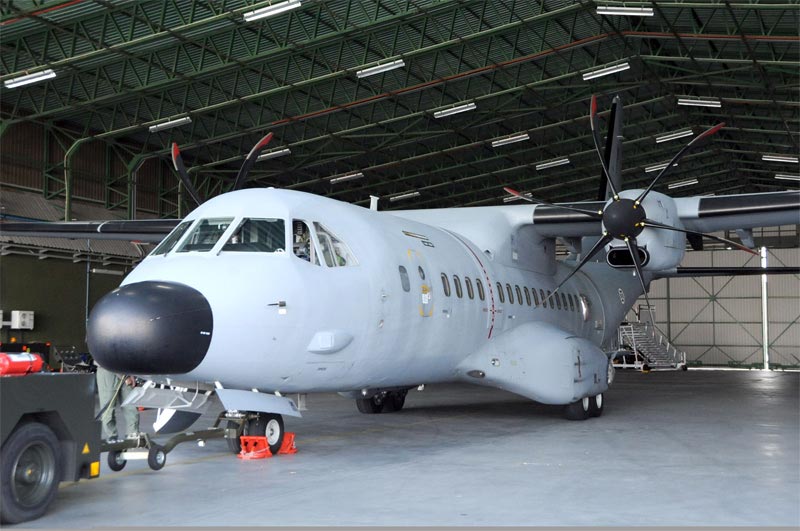 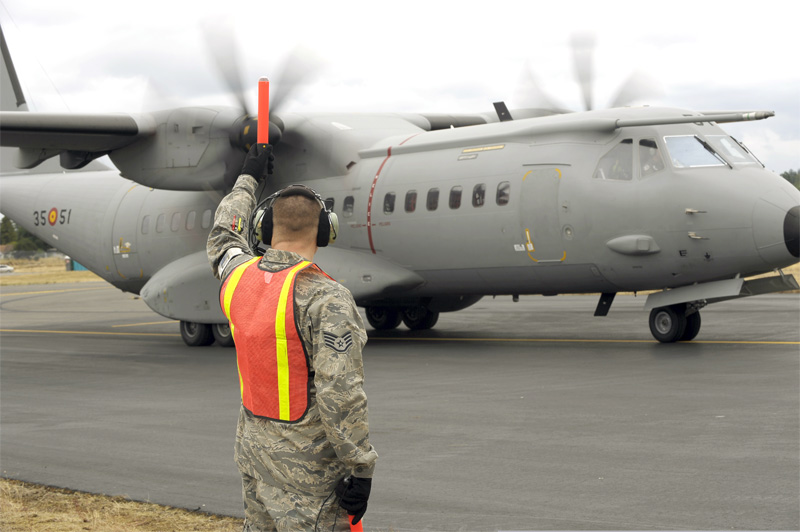 Aviation developments of similar form and function, or related to, the Airbus Military (EADS CASA) C-295...