The Tupolev Tu-2 Bat served a variety of critical frontline roles for the Soviet Air Force in World War 2.

Authored By: Staff Writer | Last Edited: 10/22/2018 | Content ©www.MilitaryFactory.com | The following text is exclusive to this site. 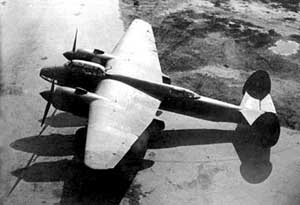 Russian aviation engineer Andrei Tupolev would lend his surname to a plethora of Soviet-era aircraft after founding his Tupolev OKB concern in 1922. By the late 1930s, the world was at war following the German invasion of Poland in September of 1939 to officially mark the start of World War 2. By 1940, the Soviet Air Force was interested in a high-speed medium bomber platform to lend a modern offensive "punch" in support of various Red Army initiatives - the result becoming the excellent twin-engine "Tu-2" which recorded its first flight on January 29th, 1941 and the series was formally introduced in March 1942. After the formation of NATO in 1949, the Tu-2 was assigned the codename of "Bat" in Western nomenclature.

Light, twin-engined bombers certainly had their place in the aerial inventories of the period concerning World War 2. They offered the high-performance, high-speed flight of dedicated fighter platforms with the firepower of heavier bomber types in one complete package. As such, they could be outfitted with various armament layouts to include machine guns, cannon, bombs and torpedoes while being called upon to carry out differing sortie types consisting of reconnaissance, ground attack, interception and torpedo/dive bombing. In this way, many of these twin-engined heavy fighter-type designs of the war came to become the first true "multirole" fighter platforms and this was embodied through examples produced by all of the major powers of the time - Britain fielded their famous de Havilland "Mosquito" while the Soviets showcased their Tu-2. The Americans managed their Northrop P-61 "Black Widow" night-fighters while the Japanese made good with their Ki-45 "Tony".

The Tu-2 became one of the more important bombers of the Second World War and proved an overall excellent design. In practice, the airframes proved quite resilient to enemy fire and the harsh operating environments that were the European Winter while their capabilities made them extremely valuable to combined Soviet operations requiring air support. The design centered around a pair of Shvetsov ASh-82 radial piston engines fitted to streamlined nacelles under each wing assembly and powering three-bladed (later four-bladed) propellers. The fuselage was long and slender, containing operating spaces for the four crew as well as a large internal bomb bay. The aircraft featured external hardpoints for munitions as well. Total ordnance capacity was 3,300lbs internally and up to 5,000lbs externally. The forward section of the fuselage contained the elevated cockpit position (inline seating) with the lower nose section glazed for the bombardier. The twin-door bomb bay ran just aft of the bombardier's position along the belly of the aircraft. Base armament consisted of 2 x 20mm ShVAK cannon fitted to the leading edge of the wings suitable for attacking enemy aerial and ground targets. Defense was initially provided by 3 x 7.62mm ShKAS machine guns across three defensive positions (cockpit, dorsal and ventral) though these were later upgraded to the more powerful 12.7mm Berezin UB machine gun types. The undercarriage was fully retractable and of the "tail-dragger configuration to include two single-wheeled main legs and a single-wheeled tail leg. The empennage incorporated a horizontal plane straddled by rounded vertical tail fins which provided the needed stability at low-levels. Overall performance specifications included a top speed of 325 miles per hour with a range out to 1,250 miles and service ceiling up to 29,500 feet. Rate-of-climb was 1,600 feet per minute. All told, the aircraft was regarded as a fast airframe for her class type and much appreciated by Soviet airmen. When utilized as a true fighter thoroughbred, the Tu-2 certainly held her own. Her value was such that she was utilized in all major actions towards the end of the war that would see the Soviets victors over their German invaders.©MilitaryFactory.com
Advertisements

Production of Tu-2s spanned from September of 1941 to 1951. In June of 1942, the Germans invaded the Soviet Union to open up the East Front and this pressed all manner of Soviet industry to previously unseen levels, requiring entire production lines to be set up in central Russia and many weapons produced in short order. The aircraft went on to have a successful post-war career as well, being showcased in several communist (and Soviet-allied) inventories beyond the Soviet Union. In all, production totaled 2,257 aircraft and stocked the inventories of Bulgaria, China, Hungary, Indonesia, North Korea, Poland and Romania. Amazingly, several managed frontline operational status into the early 1980s (China). Tu-2s saw combat actions in the Chinese Civil War (1927-1950) and Chinese airmen flew sorties in the Korean War against the United Nations. The Chinese also utilized their Tu-2s in forcibly putting down Tibetan upheaval between 1958 and 1962.

It is noteworthy to mention the somewhat "unfriendliness" of Soviet production designations when compared to the basic "A-B-C" or "1-2-3" conventions followed in the West. As such, a "D-model" follows an "S-model" into service while "T" simply signifies a "torpedo" carrying capability.

The Tu-2 spawned into many recognized variants beginning with the ANT-58 3-seat prototype of 1941. This was followed by the ANT-59 four-seat prototype and the ANT-67 five-seater of 1946 outfitted with, interestingly, diesel engines. "Tu-2" was the definitive series marker of 1942 outfitted with 2 x Shvetsov ASh-82 air-cooled engines of 1,450 horsepower. The Tu-2S was an updated design of 1943 with 2 x Shvetsov ASh-82FN radial piston engines of 1,850 horsepower. A long-range variant, the Tu-2D, was unveiled in October of 1944 with larger wings and five crew. The Tu-2DB was a high-altitude reconnaissance bomber variant while the Tu-2F was a photographic reconnaissance platform fielded with camera equipment. The Tu-2G proved a fast cargo hauler with limited capacity and the Tu-2R was a dedicated fast reconnaissance mount. The Tu-2K served as a developmental series for early powered ejection seat testing while the Tu-2N was used to evaluate the British Rolls-Royce Nene turbojet engine. Another testbed, the Tu-2 "Paravan", served to trial a "cable cutting" facility to be used against tethered ground-based enemy obstacle balloons. The Tu-2M was outfitted with 2 x Shvetsov ASh-83 radial piston engines of 1,900 horsepower. The Tu-2RShR was used to trial a 57mm internal cannon arrangement though this would never see serial production. The Tu-2Sh was a prototype ground-attack platform outfitted with various weaponry that came to naught. The Tu-2/104 became an all-weather interceptor mount and the Tu-2T was born as a dedicated torpedo bomber platform (the latter for Soviet Naval Aviation). The Tu-6 was an evolved reconnaissance variant, the Tu-8 a long-range bomber of 1947 and the Tu-10 a high-altitude version of 1943. Training of Tu-2 crew was handled through the downgraded "UTB" variant of 1946 and these were powered by 2 x Shvetsov ASh-21 engines of 690 horsepower.

"Tu-1" served to designate a one-off prototype that saw cancellation in 1947. This was a dedicated twin-engined, three-seat night-fighter in the same vein as the British de Havilland Mosquito.©MilitaryFactory.com
Note: The above text is EXCLUSIVE to the site www.MilitaryFactory.com. It is the product of many hours of research and work made possible with the help of contributors, veterans, insiders, and topic specialists. If you happen upon this text anywhere else on the internet or in print, please let us know at MilitaryFactory AT gmail DOT com so that we may take appropriate action against the offender / offending site and continue to protect this original work.
Advertisements

General Assessment
Firepower
Performance
Survivability
Versatility
Impact
Values are derrived from a variety of categories related to the design, overall function, and historical influence of this aircraft in aviation history.
Overall Rating
The overall rating takes into account over 60 individual factors related to this aircraft entry.
82
Rating is out of a possible 100 points.
Relative Maximum Speed
Hi: 400mph
Lo: 200mph
This entry's maximum listed speed (324mph). 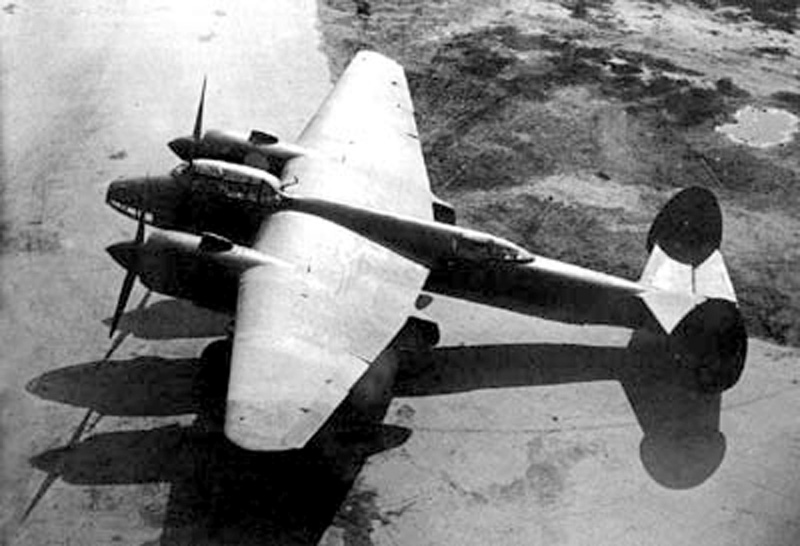 Image courtesy of the public domain