The Turkish-originated TAI Anka Unmanned Aerial Vehicle has begun to prove itself under combat conditions ranging from Africa to Asia. 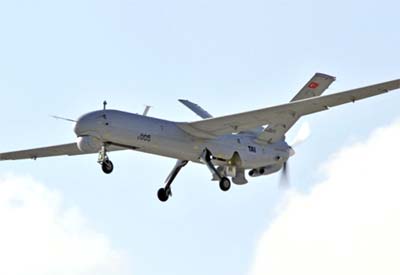 For growing military powers like India and Turkey, it behooves these nations to begin developing sustainable indigenous programs to offer less reliance on the foreign suppliers. For the Indian Air Force, this is producing the DRDO Aura UCAV and, for the Turkish Air Force, this has originated the TAI Anka UAV/UCAV. Named after the mythical person winged beast, the Anka is currently undergoing evaluations to become the standard UAV of the Turkish Air Force - working in conjunction with air- and land-based units to form a modernized effective fighting force. The Anka will be developed into two distinct versions - the Anka-A and the Anka +A. The former will be the unarmed reconnaissance-minded variant (ala the American MQ-1 Predator) whilst the latter will become the armed combat form (ala the MQ-9 Reaper). As of this writing (2012), at least five Anka prototypes have been completed with 60 on order for the Turkish Air Force. The Anka was designed and developed by Turkish Aerospace Industries which is also heading up its production. The Anka is expected to formally enter operational service in 2012 assuming testing clears the machine for such.

The Anka was born of an indigenous initiative by the Turkish authorities to supply a homegrown UAV solution to its ever-expanding military requirements. The system was developed from the outset as a medium-class UAV with a modular payload quality to undertake basic reconnaissance sorties. The program was initiated in 2004 and first flight of a prototype was recorded in December of 2010. The aircraft was handed over to the Turkish Air Force in 2011 leading to production and formal introduction into service scheduled for 2012.

The Anka sports a wingspan of over 56.5 feet, a running length of over 26 feet and a ground height of 11 feet. The vehicle is powered by a single German-developed Thielert Centurion 2.0 series turbocharged 4-cylinder engine rated at 155 horsepower. This arrangement supplied the base Anka (Anka-A) with a top speed of 135 miles per hour (cruise of 126 mph), an combat radius of 124 miles with a mission endurance time of 24 hours. The Anka can operate at altitudes up to 30,000 feet providing ground personnel with an excellent "eye in the sky".

Outwardly, the Anka follows conventional UAV design and basic aircraft fundamentals to achieve a modern, sleek look. The design is characterized by its tubular fuselage which houses avionics, fuel and the engine. The turbocharged engine is fitted aft and powers a three-bladed propeller in a "pusher" configuration. A pair of outward canted vertical tail fins are situated to either side of the engine housing. The main wing assemblies are fitted at amidships and are high-mounted onto the top of the fuselage spine. These are straight assemblies with clipped wingtips. The nose cone of the Anka is well curved for a smooth aerodynamic appearance. Under the nose is the optics package housed within a revolving blister. There is another fuselage bulge at amidships under the fuselage though this appears to be an optional fitting. The undercarriage is a tricycle design with two main landing gear legs and a nose leg. All are completely retractable into the Anka design which also promotes strong aerodynamic qualities at speed. All told, the Anka is a very large beast, its size more akin to a small jet trainer, and requires a crew of ground personnel to move into position.

The base, unarmed Anka is designed primarily with surveillance, patrol, target tracking, identification and designation and is appropriately equipped with various optics, cameras and sensors for the role. The system can take-off and land autonomously and personnel based at the ground control station manage the other functions as required. The UAV is only part of the complete package which includes the aircraft itself, the ground control station, the personnel and applicable system receivers. The armed version - the Anka +A, was announced in July of 2012 so little information is available on the type. However, it is expected that this version will support air-to-surface missiles and sport a more powerful engine. The role of the Anka-A will undoubtedly grow with the development of specialized communications relay, light armament and signals interception packages currently underway.©MilitaryFactory.com
Note: The above text is EXCLUSIVE to the site www.MilitaryFactory.com. It is the product of many hours of research and work made possible with the help of contributors, veterans, insiders, and topic specialists. If you happen upon this text anywhere else on the internet or in print, please let us know at MilitaryFactory AT gmail DOT com so that we may take appropriate action against the offender / offending site and continue to protect this original work.

November 2013 - It was announced that TAI was beginning production of the Anka UAV system. A previous October announcement mentioned a procurement of ten Anka systems in the Block B configuration which is said to offer improved performance and capabilities to A-models which are viewed as pre-series airframes. Block B Ankas will not be armed but feature encrypted data links, a full-color, high-definition camera and GPS control - the changes requiring a new chin fairing and nose bulge to be added. The first Anka is expected sometime in 2016.

September 2016 - The first Anka-S variant went airborne for the first time. This model features Beyond Line-of-Sight (BLoS) capability for Over-the-Horizon (OtH) operation. First deliveries are scheduled for 2017 to the Turkish Air Force for trials. Eight more platforms are scheduled to follow.

November 2017 - Anka-S was promoted by TAI at the Dubai Air Show. The S-model improves flying distances and operating altitudes over the original Anka-A systems. The Turkish Air Force has committed to ten of the type.

February 2018 - It was announced that the Turkish Air Force has officially received its first Anka-S models from Turkish Aerospace Industries.

April 2018 - It was reported that TAI has flown a version of its Anka UAV with a SIGnals INTelligence (SIGINT) payload.

October 2018 - Turkish armed forces have ordered an additional batch of twenty-two Anka-B UAVs. Deliveries are expected to begin in 2019.

February 2020 - The Anka-S UCAV has been operationally debuted over Idlib by Turkish forces in their battle against the Syrian regime (backed by Russia). At least three have been lost to ground-based missiles fired by Syrian forces.

June 2020 - An all-new wing design, currently under development by TAI, and additional internal fuel stores has led to performance increases for the Anka UAS series adding a further six hours of flight time and a payload increase to 330lb.

August 2021 - National Engineering and Science COMmission (NESCOM) of Pakistan will partner with TAI on development of the Anka for Pakistan.

May 2022 - Anka drones have been revealed in Kazakhstan.

(Showcased performance specifications pertain to the base TAI Anka production variant. Performance specifications showcased above are subject to environmental factors as well as aircraft configuration. Estimates are made when Real Data not available. Compare this aircraft entry against any other in our database or View aircraft by powerplant type)
Anka-A: NONE; payload of sensor equipment.
Anka +A: Guided Munitions such as precision-guided bombs (proposed).
Anka Block B: Unarmed Version. 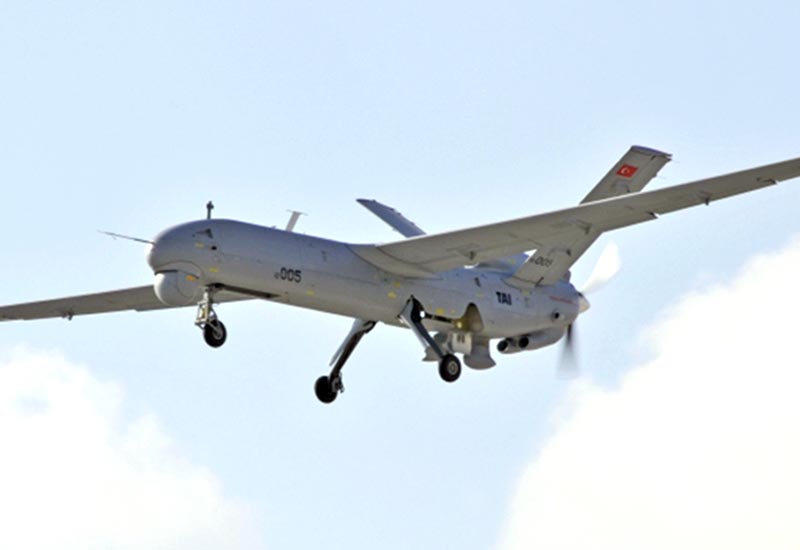 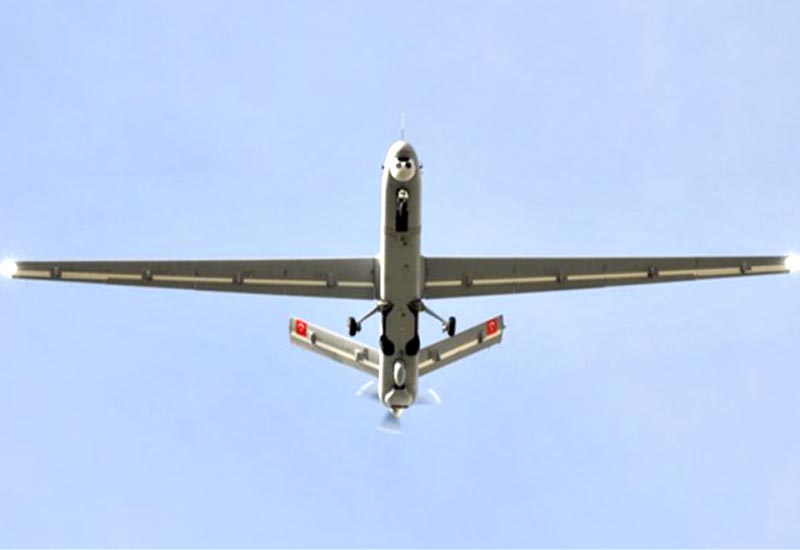 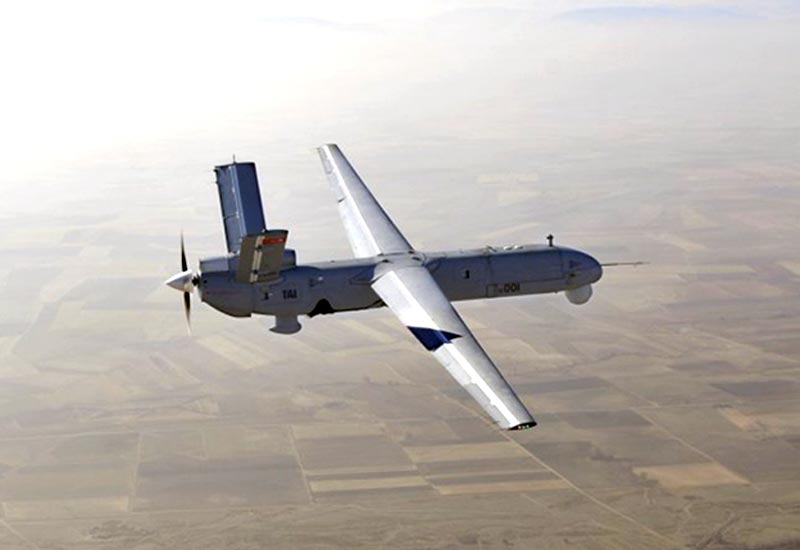 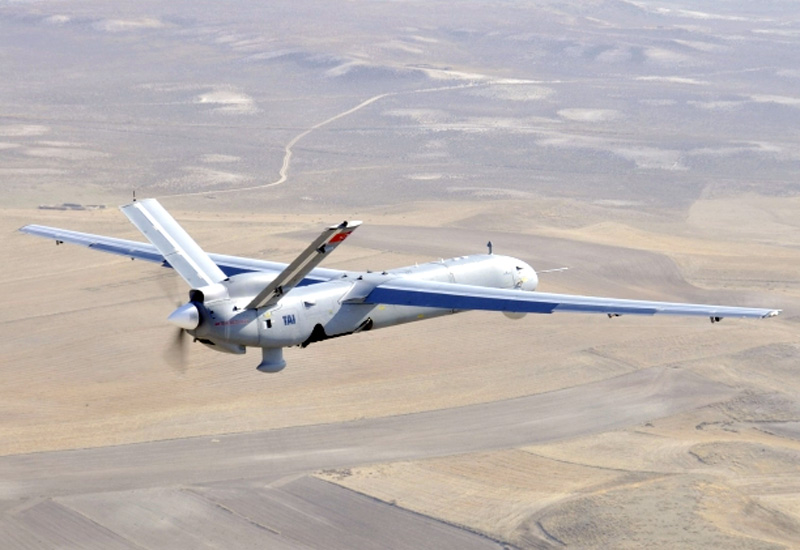