The Rumpler D.I biplane fighter saw serial production late into the war and, therefore, none saw any combat service of note. 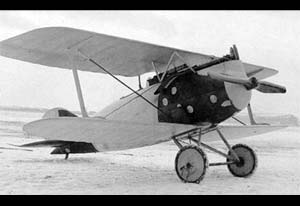 Rumpler of Germany began development of a new, speedy biplane in 1917 as the "8D1" The type was intended for the reconnaissance / fighter role and therefore given good endurance and general performance. A first-flight was had in 1917 but a prolonged development period ensured that the aircraft would not be available in the numbers needed for 1918. The German Empire capitulated in November of that year to end the war.

The 8D1 was accepted into German Luftstreitkrafte service as the "D.I". By and large it was of a conventional and traditional design arrangement, utilizing unequal-span wing elements (over and under the fuselage), a well-streamlined fuselage, fixed (wheeled) undercarriage and single-finned tail unit. Balanced ailerons were set on the upper wing element and both wing assemblies were joined by I-struts making up a single bay appearance.

The initial prototype was known internally by Rumpler as the 7D1. It carried its radiator on the upper wing unit (portside) and construction of the aircraft included plywood skinning. The 7D2 was given a vertical stabilizer but more or less mimicked the earlier form. The wing struts were revised int eh 7D4 and the radiator element relocated to the wing's centerline area. Fabric skinning was added to the main fuselage area. Then came the 7D5 followed by the 7D7. In the latter, the design followed the 7D4 but revised the strut works once again. A new radiator was introduced and now located closer to the nose. The 7D8 was formed from the 7D7 and featured a simplified structural wire network. The 8D1 prototype represented the finalized form of the series and the one adopted as the D.I.

As built, the D.I showcased a length of 18.9 feet, a wingspan of 27.7 feet and a height of 8.4 feet. Empty weight was 1,400lb against a gross weight of 1,850lb. Power was served from a Mercedes D.III series engine of 160 horsepower, propelling the aircraft to speeds of 110 miles per hour out to a range of 230 miles and up to a service ceiling of 23,000 feet. Armament was 2 x 7.92mm LMG 08/15 machine guns in fixed, forward-firing mounts synchronized to fire through the spinning propeller blades.

The design of the D.I was not finalized until 1918 so this meant that its influence on the outcome of the war was as minimal as it could be. The German Air Service approved serial production of the type but the end of the war in November of 1918 meant the end of the road for the D.I series - none saw combat in the grand conflict and eventually fell to the pages of aviation history.
Advertisements

(Showcased performance specifications pertain to the base Rumpler D.I production variant. Compare this aircraft entry against any other in our database or View aircraft by powerplant type)
2 x 7.92mm LMG 08/15 fixed, forward-firing machine guns synchronized to fire through the spinning propeller. 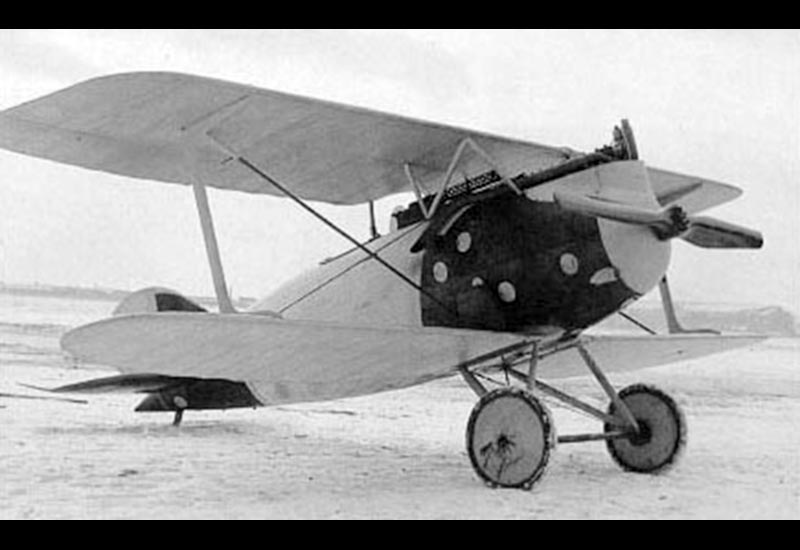